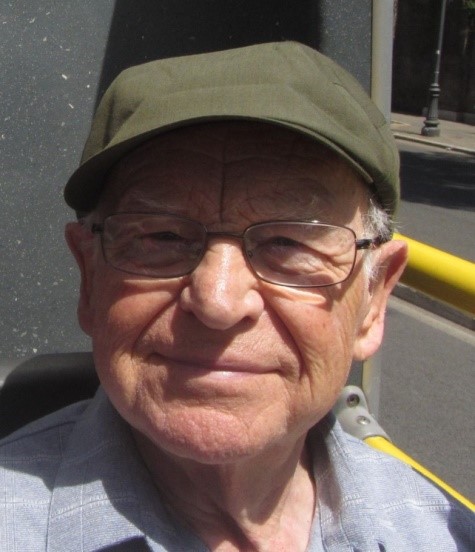 In the early hours of September 7, 2019, Erwin Fendt passed away peacefully in his sleep at the age of 88 in Liberty Lake, WA. It was the end of a journey that began in Mindelheim, German where Erwin was born on March 23, 1931 to Anton and Maria (Egger) Fendt. He was the third of ten children. He started kindergarten when he was 3 years old. When he turned 5, he spent the summer working on his grandfather’s farm tending cows. At the age of 8 he went to his grand-uncle’s to help tend animals and harvest crops. He became a neighbor’s farm helper when he was 10. A year later, he landed a job at the town’s bookstore as a newspaper boy and that was the end of his farming career. In 1943, he started working as a baker’s apprentice. His education took place in local restaurants because the school house was used to house injured soldiers during the war. He watched American troops arrive in Mindelheim two days before his 14th birthday in 1945. After the war ended, Erwin joined the Boy Scouts and had the honor of meeting the founder of the Boy Scout Movement, Lord Baden-Powell. Erwin joined the Mindelheim Volunteer Fire Department in 1945 as its youngest member at the age of 14. He was a volunteer fireman until 1956. Upon completion of his baker’s apprenticeship in 1948 when he was 17, Erwin left Mindelheim to work as a baker in Weisenhorn. He returned to Mindelheim in 1949 where he met and married Rosa Distler in 1951. Their first two children, Brigitte and Peter, were born in Germany. In 1956 Rosa and Erwin immigrated to Fargo with their young family, becoming United States citizens. Two sons, Paul and Mark, were born in Fargo. Erwin proudly operated Quality Bakery in the Fargo-Moorhead area. He started working at the shop on Broadway upon his arrival in Fargo. His hard work, German recipes, and ability to create great baked goods helped grow the business. In 1968, he became a partner in the business. He realized his dream of being a business owner with the best bakery Fargo has ever known. In 1970, a second store was opened in Moorhead. In 1971, a new baking plant and store was opened on South University Drive. In the early 1980s the Broadway store was closed. Although he officially retired in 1993 when he turned over operations to his son, Peter, Erwin continued to work at the bakery well into his 80s. He was inducted into the Bakers Hall of Fame and named Baker of the Year. He helped many people along the way, providing jobs to people with different abilities that others wouldn't hire. He received numerous awards and recognition for his work hiring people with disabilities. Erwin loved to travel, learn, and experience life. As a youth he hiked the Alps and seemed to find adventure wherever he went. He remained life-long friends with his schoolmates in Germany and shared many a story, and a beer, with them on his return to the “Old Country”. He enjoyed trips to Germany with his family and later with his granddaughters. He delighted in showing his granddaughters where the family came from and introducing them to their German relatives. Erwin savored the final years of his life. He lived with his daughter much of 2017 and was able to travel to Germany, Rome, and Budapest that year with his daughter and son, Paul. That was also the year that he started to write a book about his life. “From the Mountains to the Prairie” was completed in July, 2019. It will be published posthumously. Because of failing health, Erwin moved to Spokane, Washington to be cared for by his daughter in 2018. He was a member of Holy Spirit and Nativity Churches in Fargo, ND, St. Joseph’s Church in Otis Orchards, WA and the Knights of Columbus. Erwin is preceded in death by his parents and oldest brother, Josef, and his beloved wife, Rosa. Erwin and Rosa celebrated 65 years of marriage before her passing in 2016. He is survived by his children Brigitte (Michael) Doherty, Otis Orchards, WA, E. Peter (Marcene) Fendt, Fargo, ND, Paul (Kathy) Fendt, Sammamish, WA, and Mark Fendt, Redmond, WA. He is survived by three grandchildren, Michelle (Nick) Schumacher, West Fargo, Amy (Ryan) Davis, Cottage Grove, MN, and Austin Fendt, Redmond, WA as well as 4 great granddaughters, Nora and Olivia Schumacher, West Fargo, ND and Kyla and Kenna Davis, Cottage Grove, MN. He is also survived by his siblings Hedwig, Sister Pilgrim (Elfriede), Johann, Ludwig, Anna Aloisea, Marianne, Berta, and Karl, all in Germany. Funeral Service is provided by Boulger Funeral Home. Visitation and funeral service in Fargo, ND will be announced at a later date. Interment at Holy Cross South Cemetery will follow funeral services. The family thanks Hospice of Spokane, Guardian Angel Homes and the Evergreen Fountain family that watched over and cared for Erwin in the last year and Erwin’s special friends, Joe and Lydia Biegler and Father Mike from St. Joseph’s Church for their love and support.