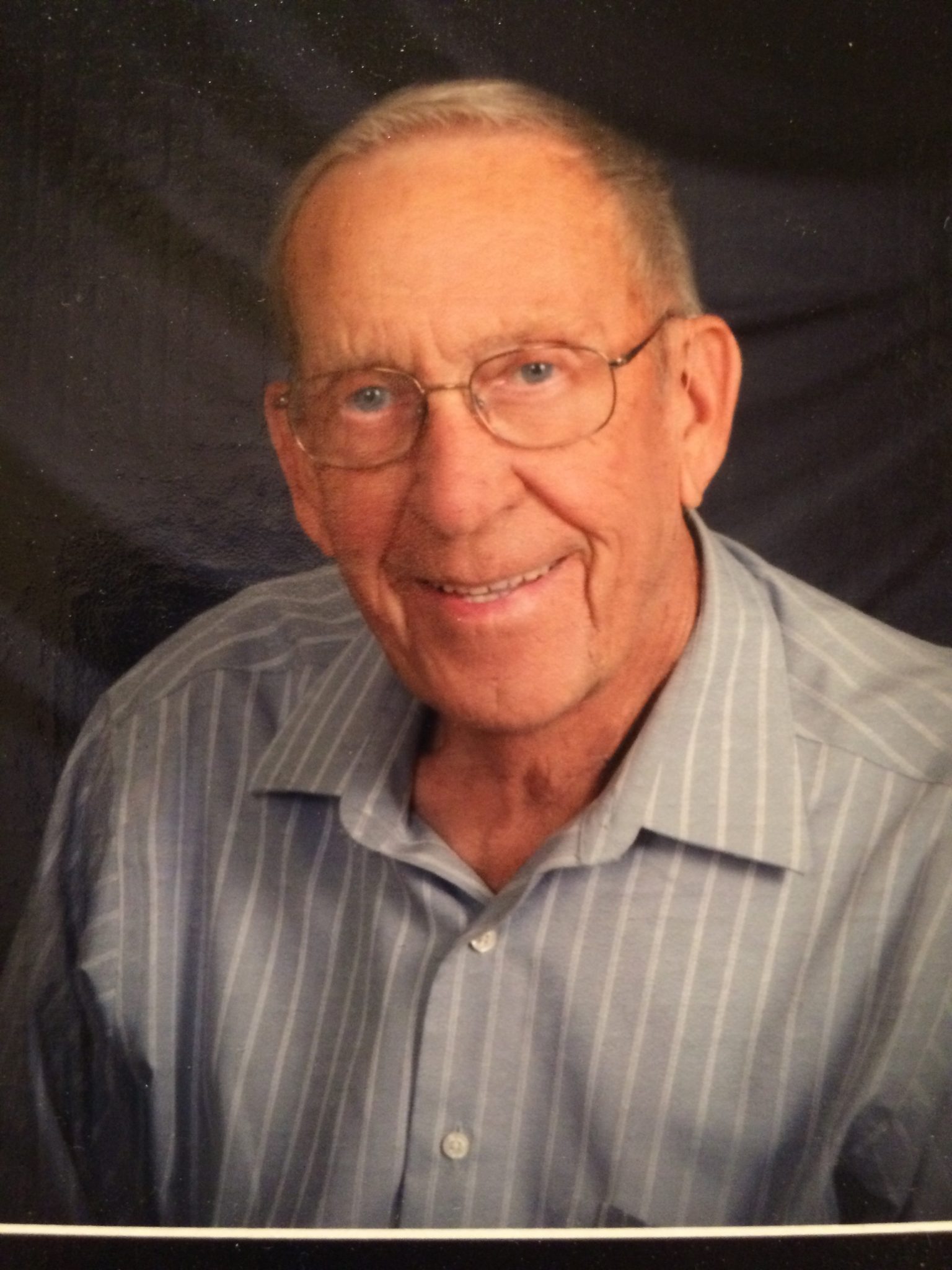 Eugene “Bud” Lykken, 88, passed away on September 22, 2018 at Sanford Hospital in Fargo, ND. Eugene Iver Lykken was born in Fargo, ND September 9, 1930 to Peter and Alvida Lykken. He grew up on the family farm near Kindred. He graduated from Kindred High School and Wahpeton School of Science. He was united in marriage to Arlene Olson on October 12, 1957. He retired from farming in 1995. They moved from the family farm in Kindred to West Fargo in 2006. He was a member of Kindred Lutheran Church. Eugene was active in all kinds of sports and he especially enjoyed playing horseshoe. He played for 59 years, was a North Dakota State Champion 4 times, and was inducted into the North Dakota Horseshoe Hall of Fame in 1982. He was also proud of his hole in one at Leonard golf course in 1996. He loved playing cards, games, traveling, spending the winters in Weslaco, Texas and the summer weekends at Pelican Lake. He was proud that he taught his children and 4 grandchildren how to play cribbage and they played many games over the years. He is survived by his wife Arlene, children: Sandra (Garth) Teske; Bruce Lykken, Paul (Audrey) Lykken. Grandchildren: Lucas (Steph) Teske, Cole Teske, Connor Teske, Madison Lykken and 2 great¬-grandchildren: Tate and Brienna Teske. He is preceded in death by his parents, sister Alyce Mueller and brother-in-law Pat Mueller. In lieu of flowers, memorials may be sent to the Kindred Lutheran Church, Hospice of the Red River Valley, Salvation Army, Twist of Fate Hunt, or any charity of your choice. A Memorial Service will be held at Kindred Lutheran Church at 11:00 AM with visitation starting at 9:00 AM, on Monday, October 1, 2018.