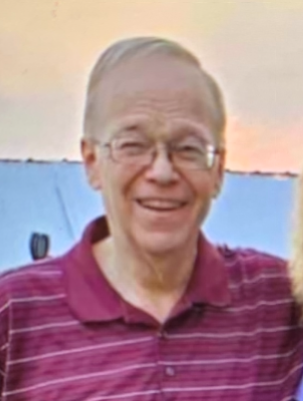 Gary Dean Rabbe, passed away on February 14, 2022, at Sanford Hospital in Fargo ND. His battle with serious medical issues in recent years showed his courage in facing life challenges with a smile. Even though a failing heart took him away from this world, his loving heart left a beacon of light for all who knew him. Gary was born on April 6, 1950, in Williston, ND to Joel and Valborg Rabbe, and was the youngest of three brothers and six sisters. He attended school in Williston, ND, and after graduation attended college for accounting. Gary then met the love of his life, Deb while attending a dance in Montana. It was love at first sight, and they married on September 13, 1969. They were married for 49 years, until her passing in 2018. Fargo was home most of their married life and where they raised their two children. When first married Gary worked as a milkman, but his career was mainly in auto parts and worked for Napa Auto for several years. He was employed by HOM Furniture at the time of his death. Gary and Deb loved traveling to small towns visiting local shops and restaurant. When not traveling, they enjoyed eating out and a good movie. Gary was an avid bowler and all most made it to the pros, he also enjoyed golfing but most of all he loved being with family and friends. Gary was preceded in death by his beautiful wife, Deb Collings; his parents, Joel and Valborg Rabbe; his son, Daryn Rabbe; his son-in-law, Tommy Monson; his brothers – Duane Rabbe Sr. and Duane Stoller; his sister, Harriet; and his brother-in-law, Frank Hiser. Gary is survived by his daughter, Rachel Monson of Fargo, ND; his grandchildren – Sammy, Vivian, Kyla and Conner; his sisters – Betty Johnson of Plentywood, MT; Judy McGinnis of Bremerton, WA; JoAnn Sexton of Williston, ND; Darlene Weslen of Williston, ND; and Diana Rabbe and Ray of Williston. His cheerful attitude, great sense of humor and bright smile will be missed. A graveside ceremony will be held in the spring at Sunset Memorial Gardens in Fargo ND, followed by a Celebration of Life.