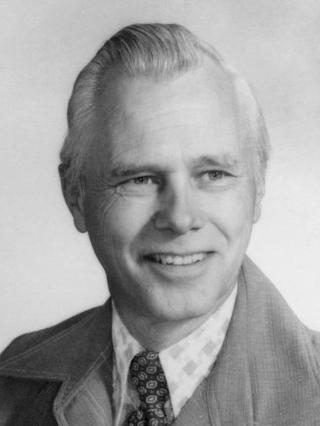 Gene Alden Krenelka, 91, passed away on January 13, 2020 in Fargo, ND. He was born October 19, 1928 to Alden and Ella Krenelka in Hitterdahl, Minnesota, the last of seven siblings. Gene graduated from Hitterdahl High School in 1946 and enlisted in the Army. Before his enlistment, he went to work in Detroit Lakes, Minnesota the summer of 1946. It was during that summer he met the love of his life, Lorraine Solien. Mr. Krenelka reported to Fort Snelling in Minnesota on August 14, 1946. He was stationed in Tokyo, Japan as part of the Army Occupations Forces, receiving the WWII Victory Medal and the Army Occupation Medal. Gene corresponded with Lorraine during his enlistment, and their relationship continued upon his return to the States. While Lorraine finished her degree in nursing in Fargo, Gene worked for a local company completing kitchen remodels. He married Lorraine on September 10, 1950 at the Solien farm near Twin Valley, Minnesota. The couple left for Elgin, Illinois after their wedding where Gene attended the Elgin Watch and Jewelry Maker’s School. Gene and Lorraine lived in Marionette, Wisconsin for many years where Gene owned his own jewelry store. After a few years in Lincoln, Nebraska, the family returned to Fargo where Gene worked as an Insurance Agent for State Auto Insurance Company. He later worked for Implement Dealers Mutual Insurance Company covering a three-state region. Gene enjoyed spending his summers camping, canoeing, and fishing, especially at Itasca State Park in Minnesota. He loved skiing with his family at Val Chattel Ski Resort outside of Park Rapids and on annual trips to Bozeman, Montana. Gene was a skilled craftsman having built several houses, kayaks, and a camper himself. He spent endless hours in his workshop, making many jewelry boxes, children’s toys, furniture, and individually building each of his children a grandfather clock. Upon retirement, Gene and Lorraine spent winters traveling the southern United States. Together they camped and traveled to all 50 states. Ultimately, he was the best caregiver to his love during her journey with Alzheimer’s disease. Gene is survived by his four children, Nancy Schulz (Kevin), Glen Krenelka, (Rene), Don Krenelka (Nanci) and Marcia Jorgensen (Steven); grandchildren Jennifer, Jason, Bryce, Aaron, Colin and April; and 6 great-grandchildren. He was preceded in death by his parents, siblings, and his beloved wife, Lorraine. A family memorial service will be held at a later date. Gene will be interred at the Messiah Lutheran Church Columbarium, the columbarium that he envisioned, planned, engineered, and even built the niches in his workshop in 2005. Arrangements by Boulger Funeral Home.