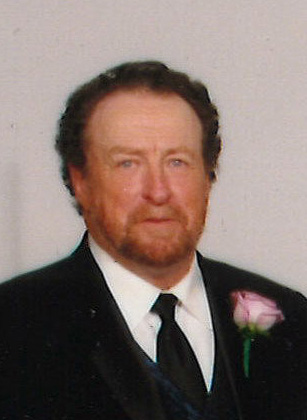 George J. Rick, 75, Moorhead, MN passed away Monday, November 5, 2018 after a courageous battle with cancer. George was born August 27, 1943 in Breckenridge, MN to George and Lorraine (Robison) Rick. He attended school in Breckenridge before enlisting in the U.S. Army at the age of 17 on November 19, 1960. He served for three years before being honorably discharged. He married Eileen Hennings on September 1, 1967 at Fargo Moravian Church. He started his occupation with Dickerson Flooring in 1965 in Moorhead before starting his own business with three colleagues. He also drove truck for Fargo Glass and Paint for a few years before returning to floor installation where he contracted with Carpet World. George was a self-taught talented man who could fix or build anything and was a jack of all trades. When he became a grandpa, it changed his life. His grandchildren were everything to him and he showed that to each and every one of them. He loved spending time with his entire family including his family pets. He was a strong, loving, kind and independent man who would be the first to help anyone in need. He is survived by his wife of 51 years, Eileen, Moorhead, MN; children, Kristi (Scott) Steffes, Moorhead, MN, Stacie (Dain) Erickson, West Fargo, ND, Traci (Matt) Gangness, Bismarck, ND; 6 grandchildren, Kassidi Steffes, Hayley Steffes, Katelyn Erickson, Gaege Gangness, Kendall Gangness, Nash Gangness; 2 brothers, David Rick, Barnesville, MN, Edward Rick, Hawaii. He was preceded in death by his parents and sister, LaRayne Rick.