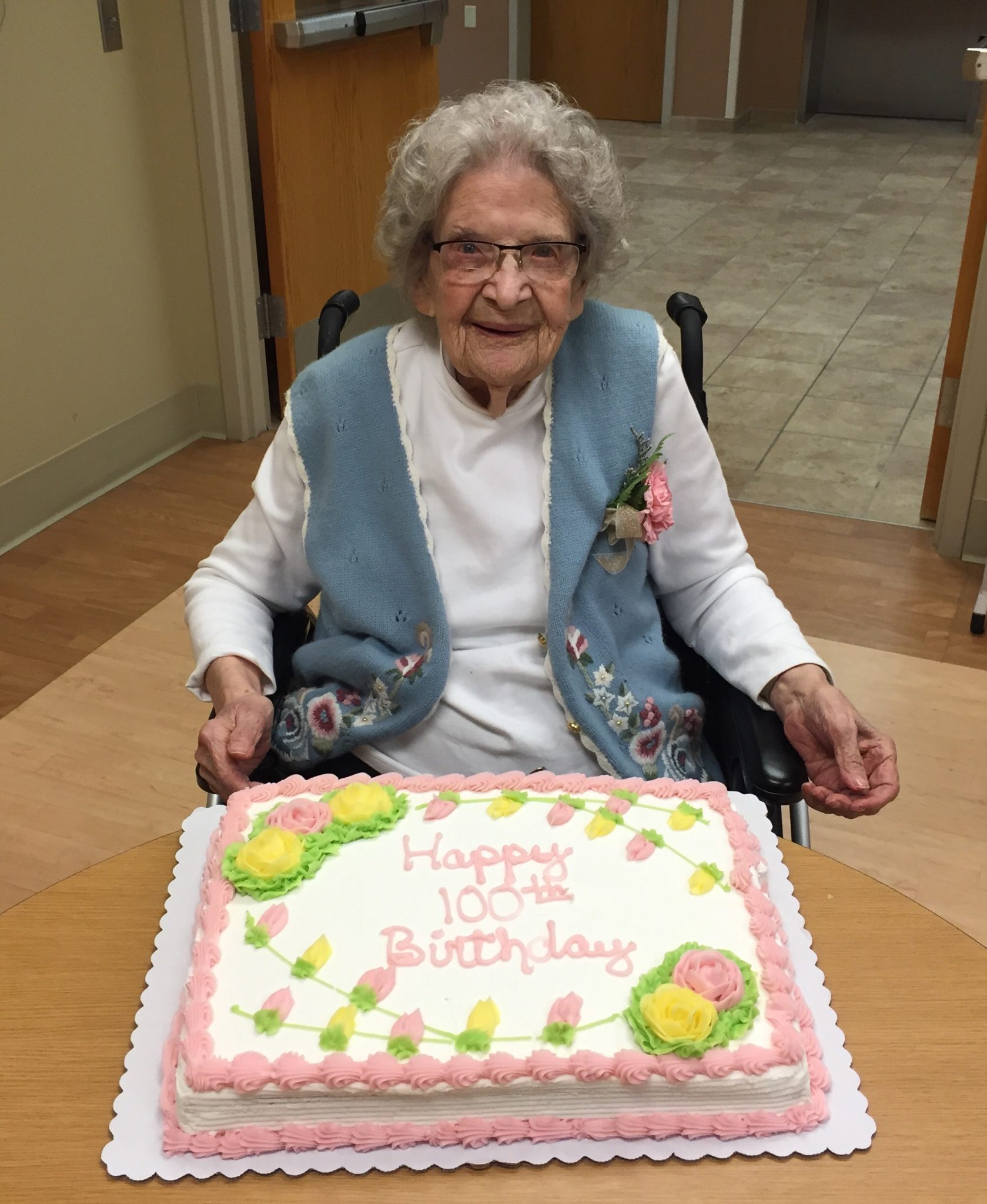 Gladys Carlson, longtime resident of Fargo, passed away on Friday, November 2, 2018, at Villa Maria Nursing Home in Fargo at the age of 102. Gladys Gilma Weum was born on March 19, 1916 in Flom, MN, the daughter of Christian and Lena (Grimstvedt) Weum. She was the oldest daughter of nine children. She was raised in rural Minnesota and during the winter months, it was common to ride in a horse-pulled wagon or sleigh to a one-room school house. At a young age, it became her job to care for her younger siblings and help with laundry and other household chores. Gladys was united in marriage to Arvid Carlson on September 26, 1939. At that time, they made their home on the family farm near Clifford, ND, moving to Fargo in 1946. Gladys lived on her own until 2015 when she moved to Villa Maria Nursing Home at the age of 99. Throughout the years Gladys worked in the service industry, including Harvel Manufacturing, General Nutrition and she also owned JSKT Coffee Bar in Moorhead. She worked hard at whatever she did. She was a longtime member of First Lutheran Church in Fargo. Gladys enjoyed sewing, quilting, playing bingo, puzzles, eating lefse (with sugar!) and spending time with family and friends. She was known for her dry sense of humor, quick wit and kind heart. Gladys is survived by her four children – Patricia (Calvin) Speed of Stafford, VA; Lois Marsh of Fargo; Larry (Angie) Carlson of Rush, CO; and Jan (Darryle) Hogfoss of Fargo; her nine grandchildren – Stacey Handy of San Antonio, TX; Calvin Jr. “Kelly” (Beth) Speed of Woodbridge, VA; Caydra (Everette Wafford) Speed of Stafford, VA; Ken Jr. (Becky Pearson) Marsh of Fort Lauderdale, FL; Todd (Farrah) Marsh of Fargo; Sheila (Marty) Baumgartner of Fargo; Brooke (Mike Starr) Carlson of Rush, CO; Sarah Hogfoss of St. Paul, MN; and Melissa (Roy) LaFerte of Seattle, WA; her two step-grandchildren, Nick James and Dana (Lorraine) James of CO; her 14 great-grandchildren and seven great great-grandchildren. Also surviving are her siblings – Adeline Fini of Chicago, IL; Florence Lucas of Elk Grove, CA; Glen (Jackie) Weum of Cook, MN; and Arved (Irene) Weum of International Falls, MN; many nieces and nephews and other dear relatives. Gladys was preceded in death by her parents; son-in-law, Kenneth Marsh Sr.; siblings - Tilford Weum, Clifford Weum, Clarice Bernard and Violet Maley. The family would like to extend a special thank you to Karen Halldorson (niece), Tom and Kathy Hogfoss and the staff of Villa Maria Nursing Home for their loving care and concern. VISITATION: One hour prior to the service in the funeral home on Wednesday FUNERAL SERVICE: 10 AM Wednesday at Boulger Funeral Home in Fargo BURIAL: Riverside Cemetery in Fargo