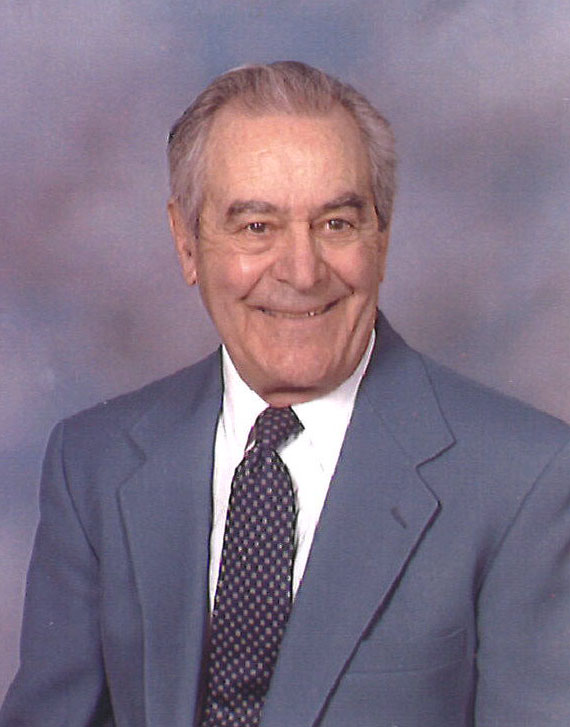 Henry J. LaBore, 99, Fargo, died, Tuesday, January 15, 2019 at the Veteran’s Medical Center in Fargo. Henry J. LaBore was born at home on January 11, 1920 in St. Paul, MN where he grew up and attended school. He was the 9th of 10 children. He graduated from Johnson High School in 1938. He enlisted in the MN Air National Guard in 1940 and served in the U.S. Air Force for 5 years during World War II. He married Clara Bill on May 16, 1942 at Blessed Sacrament Catholic Church, St. Paul, MN. They were married for 66 years. Clara died on July 5, 2008. In 2016, Henry married Janet Whaley and resided at Riverview Place until his death. Henry worked for the Federal Aviation Administration as an Air Traffic Controller at Fargo, being one of the original crew to open the control tower at Hector Field in 1953. Henry became the Tower Chief at the Bismarck airport in 1969, retiring in 1978 with 36 years of service to the federal government. He was a charter member of Holy Spirit Church, Fargo ND and was active in many church functions. He was a lifetime member of the Knights of Columbus and a member of the American Legion. Henry was extremely proud of his large family of 7 children, 27 grandchildren and 31 great grandchildren, 1 great-great grandchild and leaves a fine heritage for them to follow. Henry loved genealogy, tracing the LaBore family history back to the 1700‘s in France. He proudly researched his heritage for decades, kept detailed records, culminating his efforts in the writing of several books filled with family trees, pictures and stories. Other hobbies included, woodworking, gardening, fishing, reading and playing cards. Henry is survived by his wife, Janet Whaley LaBore, Fargo, ND, children, Mary J. Weiler, Fargo, ND, Susan Schnell (Harold) Alamogordo, NM, Christine Jacobson (Douglas) Fargo, ND, Rene LaBore (Larry Dittberner) St. Paul, MN, Barb Joraanstad (Paul) Federal Way, WA, Hank LaBore (Jayne), Selfridge, ND, Jane Klaers (William) Battle Lake, MN. He is preceded in death by his wife Clara, 1 grandchild, his parents, 6 brothers and 3 sisters. Memorials to “Sid Cichy Scholarship Fund” and cards may be sent to: Mary J. Weiler, 1121 4th Ave S, Fargo, ND, 58103. Visitation: 8:30 to 9:30 A.M. Monday, January 21, 2019 at Riverview Place Chapel, Fargo with a prayer service at 9:30 A.M. followed by the Mass of Christian Burial at 11:00 A.M. Burial: Holy Cross Cemetery North, Fargo.