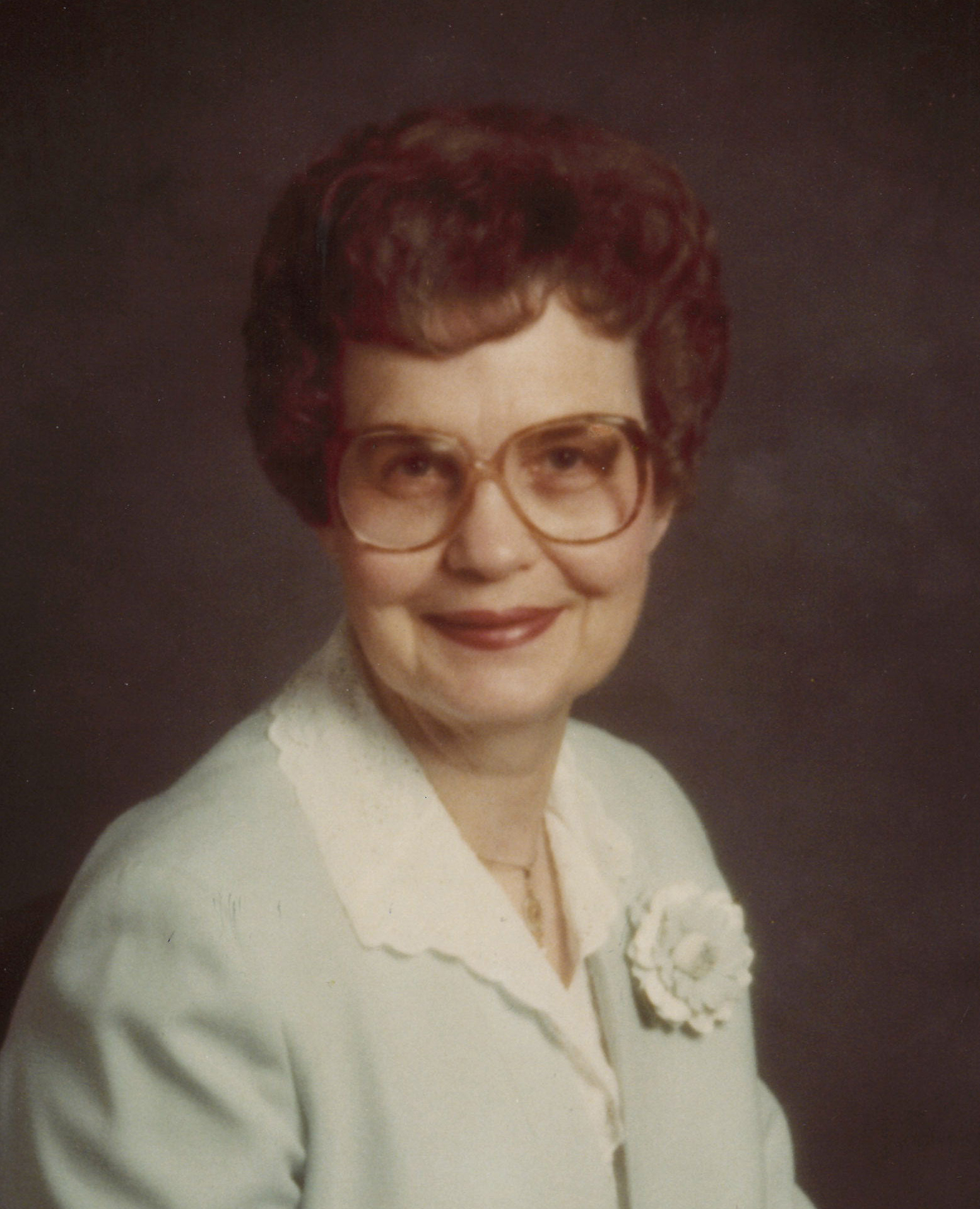 Hilda Marie Brooks, 98, was at peace as she left this world in the presence of her daughter Sunday, September 24, 2017, at Bethany on University, in Fargo, ND. Hilda Brooks was born May 4, 1919, in Pierce County, ND, to Peter and Helga (Stensholt) Bertsch. Hilda graduated from Rugby High School and attended business school in Bismarck, prior to graduating from Minot Business College. Following her formal education, Hilda was briefly employed by the State Motor Vehicle Department in Bismarck. During World War II she was employed by Minneapolis based Red Owl Supermarket as relief manager for stores located in North Dakota and Montana. Hilda moved to Grand Forks, ND, in 1946 where for 13 years she was employed as the bookkeeper for Wilson Clothing Company. She later assumed the position of credit manager and bookkeeper for Vold's Drug Store, which ultimately became Wall's Medicine Center. Her bookkeeping career in Grand Forks spanned 40 years. It was in Grand Forks that Hilda met George Brooks, whom she married in 1948. Three years after the death of her husband, George, Hilda retired in 1986 and returned to the Rugby area where she worked 13 years for the Reverend Vincent Tuchscherer as secretary and housekeeper at the Catholic parish conglomerate of Balta, Orrin and Fulda, ND. Hilda was one of the earliest kidney donors which allowed her sister, Marian Wentz, to live an additional 12 years. In 1998 Hilda moved to Fargo to reside closer to her daughter, Jackie Hvidston. During her adult life Hilda traveled extensively, visiting multiple countries in Europe, Africa, Australia and the Orient. She was also an accomplished artisan of many crafts and was viewed by her grandchildren as the consummate “Granma.” Hilda is survived by her only child, Jacquelyn (Colburn III) Hvidston, Fargo; three grandchildren, Michael C. Hvidston, Hurst, TX, Jennifer M. Hvidston, Fargo, and David B. Hvidston, Maple Grove, MN; three great-grandchildren, Katelyn Hvidston, Shawn Hvidston and Madelyn Hvidston, metropolitan Minneapolis, MN; two siblings, Dolores Pfeifer and Ralph Bertsch, Rugby, ND. Hilda was preceded in death by her husband, George G. Brooks and three siblings, Marian Wentz of Rugby, Edward Bertsch of Fargo and Wilfred Bertsch of Martin.