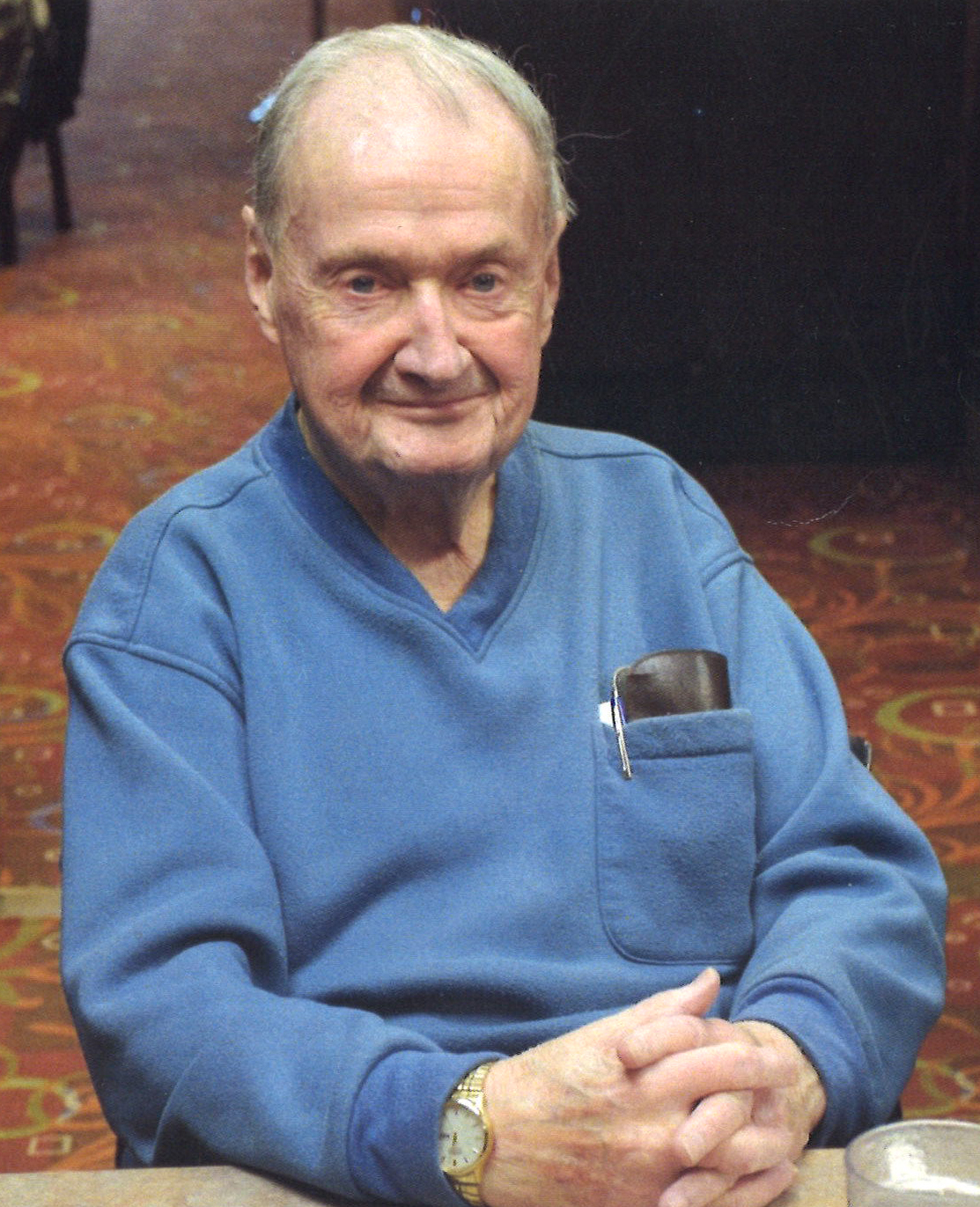 A livestream of Howard's Memorial Service will be viewable below starting at 1:45 PM, Tuesday, April 5th, 2022. Howard Campbell, 94, of Fargo ND passed away Friday February 18th at Sanford Medical Center in Fargo. His family was at his bedside when he died. Howard was born April 5th,1927 in Rice Lake, WI to Orlie and Myrtle Campbell. He was the youngest of 4 children. Howard graduated from Chetek High School in 1944 and enlisted in the U.S. Navy for the final years of World War II and served from 1944-46. He attended Naval radio operators' school and served at several bases stateside. Howard married Beverly Mae Servis in 1950 at the Methodist Church in Pine City, MN. They made homes in Mason City, IA. Carroll, IA. Rockford, IL. Freeport, IL. and finally, Fargo, ND. Howard attended a popular broadcast school in Minneapolis after his enlistment was up. He worked at radio stations in Minnesota, Iowa and Illinois before becoming a radio announcer for WDAY in Fargo in 1958. After several years on the radio side Howard moved into television. On the TV side he filled a variety of roles on air delivering news, weather and sports both on WDAY Fargo and a companion station in Grand Forks. Howard retired in 1992. He was a long-time member of the American Legion, The Elks, AmVets and the VFW. Howard loved baseball and was devoted to his favorite team the Chicago Cubs. That loyalty finally paid off when the Cubs won the World Series in 2016, the first for the Cubs in his lifetime. Howard was an avid bowler and enjoyed golf earlier in his life. He was a passable guitar and banjo player although he had not played those instruments for many years. His radio voice carried over into a fine singing voice although he chose not to pursue singing professionally.He had a lifelong passion for cards and most afternoons would find him at one of the local clubs playing cards, usually pinochle, and visiting with friends at the Elks and AmVets. He was a very good cribbage player and enjoyed playing with his children and several grandchildren who learned cribbage so they could play the game with him. He loved board games especially Scrabble and working word puzzles. One of his favorite shows was Wheel of Fortune. Howard was an avid and well-read reader, enjoying fiction and non-fiction alike. He was a regular at his branch of the Fargo Public Library and carried the knowledge he gained and became his own walking library. He loved music and had hundreds of CDs of many kinds of music. A favorite activity was a drive out to the country on a Sunday afternoon listening to one of the satellite music stations on the car radio. For over 25 years his weekdays began with walking and coffee with his dearest friends at Westacres Mall. After his retirement from WDAY in 1992 he continued his affiliation with past co-workers in an alumni luncheon group. Howard is survived by son Scott Campbell of Benton City, WA, Barb Buckmaster (spouse Mark Buckmaster) of Richland, WA, and Karen Price (spouse Roger Price) of Kennewick, WA. Grandchildren include Nicole Campbell of Hawaii, Ian, Bria and Cody Campbell of Washington, Kaylee Morris and Susan Price of Washington. He is also survived by 11 great-grandchildren and 8 great-great-grandchildren. His brother Oliver’s widow Ellen Campbell of Stillwater MN survives him. He is survived by his beloved niece Patsy DeGroot nee Van Alstine(spouse Ray DeGroot) and their son Scott of Des Plaines, IL. Going before him were his parents Orlie and Myrtle Campbell, his sister Faye Van Alstine, and brothers Walter and Oliver Campbell. He was also preceded in death by sons Douglas and James Campbell. His former wife Beverly Campbell died in 1971. In lieu of flowers contributions may be made to a local charity of your choice in the name of Howard O Campbell. A memorial service will be held on what would have been Howard’s 95th birthday April 5, 2022, at Boulger Funeral Home of Fargo