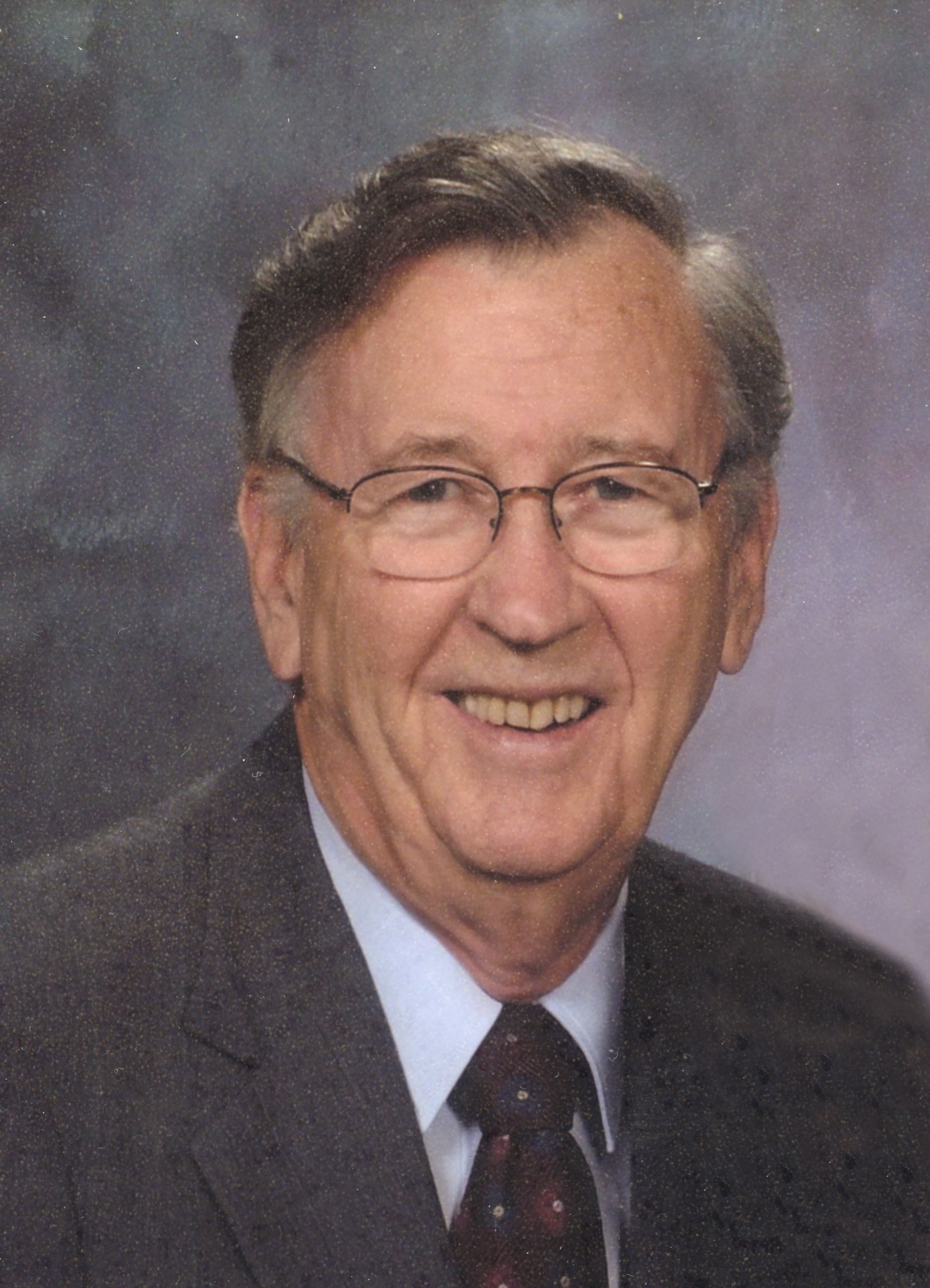 Hugh John McDonald went to be with the Lord on October 9, 2016. He was born August 1, 1932 to Hugh L. and Mary Margaret (Agnew) McDonald, in Amiot, Kansas. Hugh was united in marriage to the love of his life, Wilma Jean Bowman on August 17, 1954. He obtained BS and MS degrees from Kansas State University and served as a pilot in the United States Air Force. Hugh began his career in education in 1958 as an Assistant County Agricultural Agent in Beloit, Kansas and later as the Extension grain marketing economist at Kansas State. He received a doctorate in Agricultural Economics at the Ohio State University and then accepted a position as a Crops Marketing Economist with the Cooperative Extension Service at North Dakota State University in 1969 and served in that position until retirement in 1987. After retirement from NDSU, Hugh worked for several years as a marketing consultant for a local agricultural marketing consulting firm. His lifelong goal as an agricultural economist was to educate and assist farmers and the related agriculture community in understanding the role of economics and marketing in production agriculture. He authored numerous articles and publications in the area of agricultural marketing. Hugh was an active member of Holy Spirit Church, Knights of Columbus, Lions Club, Extension Retirees group, and a Bison Booster. He is survived by his wife, Wilma Jean; three children, M. Kathleen (Scott) Croaker, Maple Grove, Minnesota; Hugh Timothy (Michelle) McDonald, Little Rock, Arkansas; and Karalee Marie (Tom)  Makelke, Wyoming, Minnesota; six-grandchildren, Hugh Ryan McDonald, Meghan (Dillon) Hohertz, Samantha McDonald, Nathaniel and Noah Croaker, and Jack Makelke; his sister, Mary Farver of Little River, Kansas; and his brother, Ronald (Dorothy) McDonald, Reno, Nevada, he is also survived by beloved nieces, nephews and cousins. He was preceded in death by their daughter, Karol Kay, his parents and brothers-in-law Ivan Gish, Vernon Bowman and Adrian Farver. Family was everything to Hugh. He was proud of his Irish ancestry and his grandchildren. He enjoyed watching them grow up. Hugh and Wilma Jean made many trips across the country to their grandchildrens’ school events, graduations, and sporting events as their biggest fans as well as trips to keep in touch with extended family and friends. He enjoyed hunting, fishing, traveling the US and the world, woodworking and spent many hours volunteering at several charitable organizations. Visitation: 6-7:00 P.M. Friday, October 14, 2016 followed by a prayer service at 7:00 P.M. at Boulger Funeral Home & Celebration of Life Center, Fargo. Funeral Mass: 10:30 A.M. Saturday, October 15, 2016 at Holy Spirit Catholic Church, Fargo with visitation starting at 9:30 A.M. Burial: Holy Cross Cemetery North, Fargo. Memorials in lieu of flowers to Holy Spirit Catholic Church, American Heart Association, or a charity of your choice.