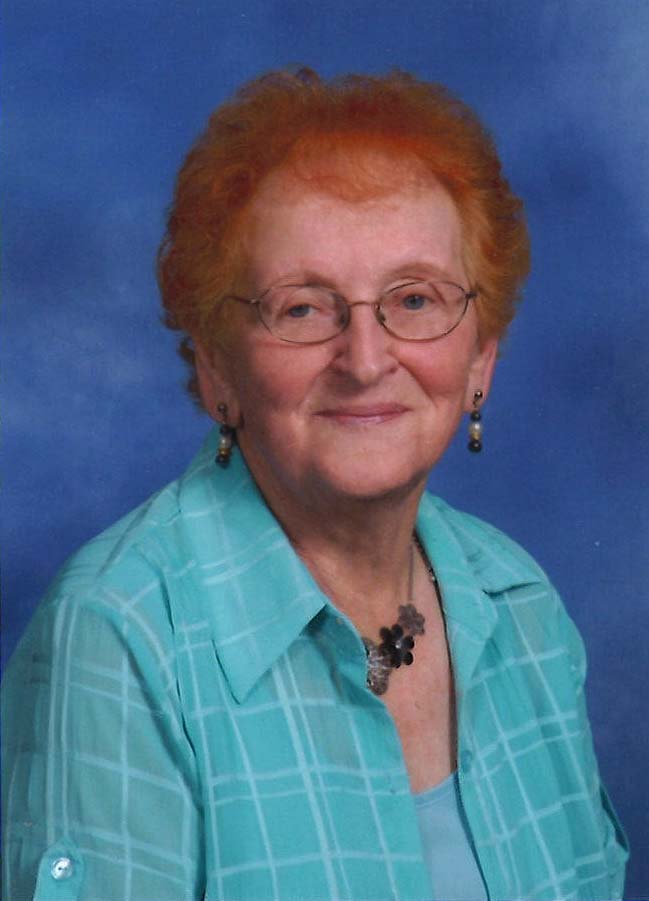 Irene M. Stirling, 93, passed away peacefully surrounded by her family on November 28, 2017. Irene (Goeser) Stirling was born July 2, 1924 in Calio, North Dakota, where she grew up, worked on the family farm, attended school, and graduated from Munich High School. She worked at the Munich Post Office prior to attending Dakota Business College in Fargo. Upon graduating from college, she worked for Standard Oil in Fargo and Standard Oil Terminal in Moorhead until 1952. On October 24,1950 she married Donald Stirling in Calio, North Dakota. Living in Moorhead, Borup, and the Argusville area before settling on the Stirling farm at Gardner in 1966 to raise their family. In 1979, she became the leave replacement post mistresses for the Gardner Post Office where she worked for the next 20+ years. She enjoyed family, making caramel popcorn, sewing, gardening, mowing, and drawing cards and sending them to many of you. Irene is survived by her children, Harold (Carissa), Fargo, ND; Robert (Pam), Gardner, ND; Bette Blixt (Keith), Gardner, ND; Lee, Fargo, ND; Duane (Adeola), Hankinson, ND; Lori Stirling-DeFabio (Arthur), Melrose, MA; her grandchildren, Eric, Lisa (Chuck), Brandon, Jarod, Morgan, Ashlynn, Logan, Sydney, Ian, Adryanna and great-grandchildren Charles, III and Luke, her brothers Edwin (Ione), Eugene (Mary), Peter (Nancy), her sisters Viola, Diane (Richard), her sisters-in law Dorothy Hildreth and Mary Olson and many nieces, nephews and godchildren. Irene is preceded in death by her husband, Donald McLean Stirling, her parents, John and Anna Goeser, her sister Genevieve McLean and her brothers-in-law Clayton McLean and Jerry Mayers. Visitation will be from 2-4 PM on Sunday, December 3, 2017 followed by a Prayer Service at 4 pm at St. Williams Catholic Church, 107 Drake Ave, Argusville, ND. Memorial services will be at 11:00 AM on Monday, December 4 with visitation an hour before. Father Cavanaugh will officiate and burial will be at the Holy Cross Cemetery North at 2:00 pm. In lieu of flowers, memorials may be given to the Carmel of Mary Monastery, 17765 78th St, SE Wahpeton ND 58075 or St. Williams Altar Society.