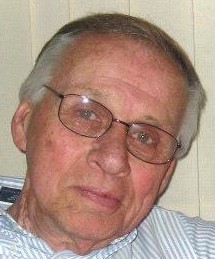 A livestream of Jake's funeral mass will be available below: Jacob (Jake) Blotsky Jr.,83 of Fargo, ND, passed away peacefully on Saturday, February 12, 2022, at Eventide, Fargo, ND. Jake Blotsky Jr. was born on July 23rd, 1938, to Jake and Regina Blotsky of Arthur, ND. The original farmhouse the family grew up in had no electricity or running water which was added in the later years. Stories were told that during the winter a rope would be tied from the house to the outhouse because of no visibility. In 1954, the family moved to Fargo, ND. Transferring from a one room country schoolhouse, the move to the city had its challenges. Dad, at the age of 17, asked his father to fudge his date of birth so that dad could join the Army. Upon his return he met his wife, Gloria Ann Wetzstein. Dad and mom met on a blind date set up by dad’s sister, Darlene, mom’s best friend. On October 3rd, 1959, they were united in marriage. A member of St. Anthony’s of Padua Church dad and mom’s loyalty to their faith was a priority in their day-to-day living. While raising their family, Jake and Gloria owned and operated Dakota Muffler/Exhaust Pro for 35+ years. Jake and Gloria volunteered for many of the Muscular Dystrophy Marathon and were members of the Moose Lodge. The one membership dad really enjoyed was the Fraternal Order of the Eagles, where he drove a Honda motorcycle in many parades. Dad always had a hard time sitting still so after retirement he drove for Richards Transportation and the Fargo Catholic School System. He loved transporting those kids especially when they said, “Hi Jake from State Farm.” Dad was a fierce competitor when playing Whist, Pinochle, Cribbage, and let’s not forget Texas Hold’em. After teaching most of his grandchildren how to gamble, he didn’t like losing to them. He is survived by his wife Gloria, children Brenda (Keith) Strom, Shelly Thompson, Steve (Dorinda) Blotsky, Todd (Erin) Blotsky, grandchildren Lindsey (Kris) Warren, Molly (Miran) Milovanovic, Justin Strom (Derek Zimmerman), Janessa Thompson, Ashley (Marcus) Skonieczny, Ruben Blotsky, Haley Blotsky, Jacob Blotsky, Braden Meyer, Olivia Blotsky, Isaac Blotsky, great-grandchildren Elliott, Hayes, Riggs Warren, Cameron Milovanovic, Zayden Blotsky. Brother, James (Linnea) Blotsky, sisters, Lorraine Martin and Jane (William) Hubert, and sister-in-law Pamela Blotsky. He is preceded in death by his parents Jake and Regina Blotsky, sisters Germaine Turner/Mulvaney and Darlene Dahlquist, brother Melvin Blotsky and brother-in-law Richard Dahlquist.