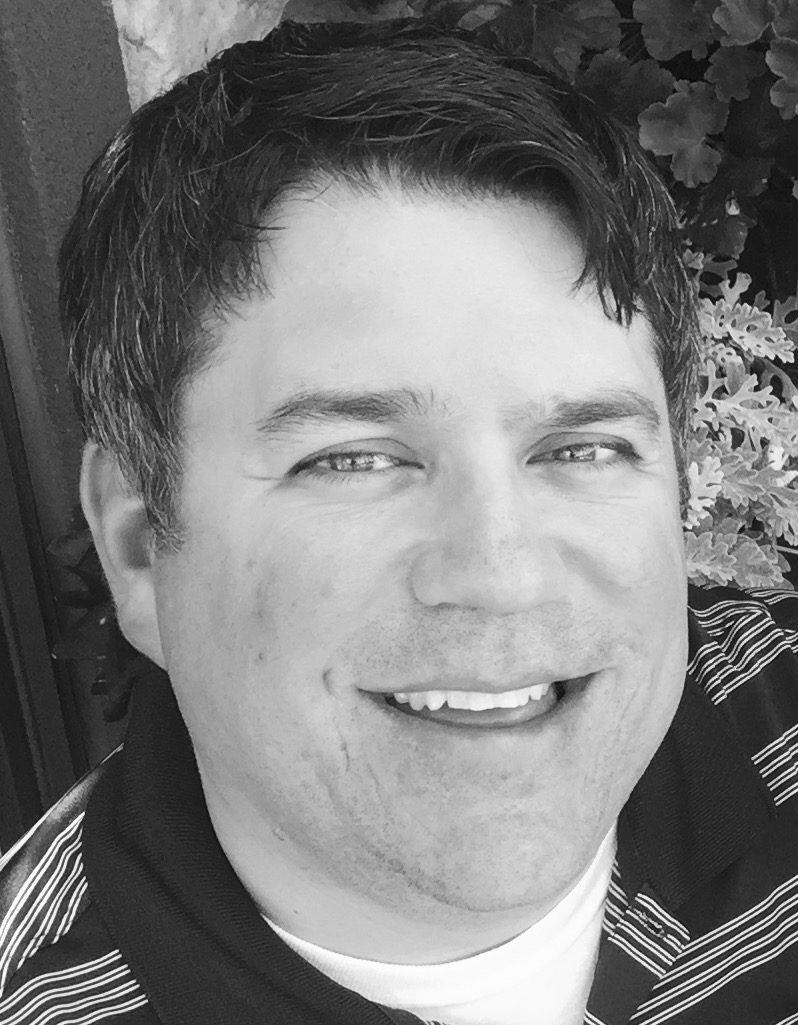 James Kelly Grant Jamie Grant, 45, passed away from traumatic brain injuries on June 5, 2017. Born on February 20th, 1972, Jamie was the youngest of five children to Cornelius and Rose Grant. He was the light of the family and was blessed with an immeasurable bond to his parents and siblings. Growing up in Bismarck, ND, Jamie forged lifelong friendships; he attended Dorothy Moses Elementary, Wachter Junior High and graduated from Bismarck High School in 1990. College brought Jamie to the University of North Dakota, where he was a member of the Alpha Tau Omega fraternity. It didn’t take long for anyone to be drawn to Jamie’s positive energy and fun loving spirit. His ATO brothers & college friends were friendships held very close to his heart. It was at UND where Jamie met the love of his life, Jenny Robinson. Jamie & Jenny married on October 2nd, 2004; their love story won’t end here. Jamie’s higher education accomplishments are numerous: Bachelor of Science Business Administration, Minot State University, Master of Business Management, University of Mary, Master of Business Administration, University of Mary and one semester shy of receiving his Master of Software Engineering from NDSU. Following college, Jamie was honored to accept an internship for ND Senator Kent Conrad; it was one of the highlights of his life. Work at USDA Rural Development in Bismarck, ND followed. Jamie moved to Fargo, ND in 2000; his career at Great Plains Software began shortly after. Having recently received his Fifteen Year Anniversary Award from Microsoft, Jamie held many roles over the years. His contributions were considerable and far reaching; technical lead for software support, project manager in software development and most recently, a Technical Solutions Professional position on the WWIS team. He loved his job and was especially excited that his recent work led him to work with a number of professional sports teams. Throughout his Microsoft career, Jamie was awarded numerous individual & team awards for his leadership & teamwork. As a Dynamics CRM expert, Jamie was asked to teach a spring semester course at NDSU this year; he was also one of forty community professionals chosen to join the FMWF Chamber of Commerce 2017 Leadership Program; two experiences that he loved. The loss of Jamie’s incredible mind and presence has deeply affected his Microsoft family not only in Fargo, but worldwide. He was a mentor and friend to so many. Flags will be lowered in Jamie’s honor at the Microsoft Campus in Fargo. On October 12, 2008 Jamie & Jenny welcomed James Wrigley, their miracle son. Jamie was the best dad in the whole world. Sports, technology, super heroes, music, movies, Star Wars, comic books; Jamie wasn’t done sharing his amazing breadth of knowledge & interests with his son. James was blessed with his dad’s brilliant mind, kind & benevolent personality and handsome features; no one will ever break the bond that James and his daddy have. Jamie’s interests were well known as they were typically displayed in the form of a concert t-shirt. Pearl Jam, Foo Fighters, The Replacements: the more obscure the show was, Jamie was there with his core group of best friends. Everyone will miss his undeniable sense of humor and wit; he always had the best attitude and his laughter and smile will be missed. A huge hole will be left in his Fantasy Football and Fantasy Baseball Leagues. He commissioned the Leagues for over twenty years; no one knew more about athletes and no one could keep this group together better than Jamie. A phenome when it came to Movies, he knew every detail from the release date to whom it was directed and produced by; you could recite a line from a film and he could name it. Of special importance to him, Jamie followed politics closely at many levels and could always explain the significance of government & politicians. As an enrolled member of the Turtle Mountain Band of Chippewa, Jamie’s Native American heritage was a proud part of his life and tremendous sadness is felt by his Belcourt, ND family. Jamie is survived by his wife Jenny (Robinson) and their son, James Wrigley, age 8; parents Cornelius & Rose (Jollie) Grant, Bismarck, ND; sister Cari Usera (Mario), Liberty, MO; brother Ed Grant, Fort Yates, ND; sister Jolli Marcellais (Pete), Mandan, ND and brother Jeff (Deb); Bismarck, ND. Parents-in-law, David & Linda (Mattson) Robinson, Grand Forks, ND and brothers-in-law Chris (Sarah) Robinson and Mike Robinson, both of Grand Forks, ND. Nephews and Nieces: Evan Grant, Phaden Marcellais, Shayla Marcellais, Gabby Usera, Grace, Anna & Lauren Robinson, Jack Schaffer. God Children: Owen Preabt and Lauren Robinson. Jamie was loved very dearly by all of his aunts, uncles, cousins and extended family. Our entire family is humbled by the outpouring of support and generosity during this very difficult time. To his friends and colleagues; Jamie looked up to you. Your lives, families and achievements inspired him and not a day went by that he didn’t speak proudly of you. Our hearts are forever broken. Jamie was an amazing person that made each of us and the world better. In keeping with his generous spirit, Jamie’s organs were donated so that others may live.