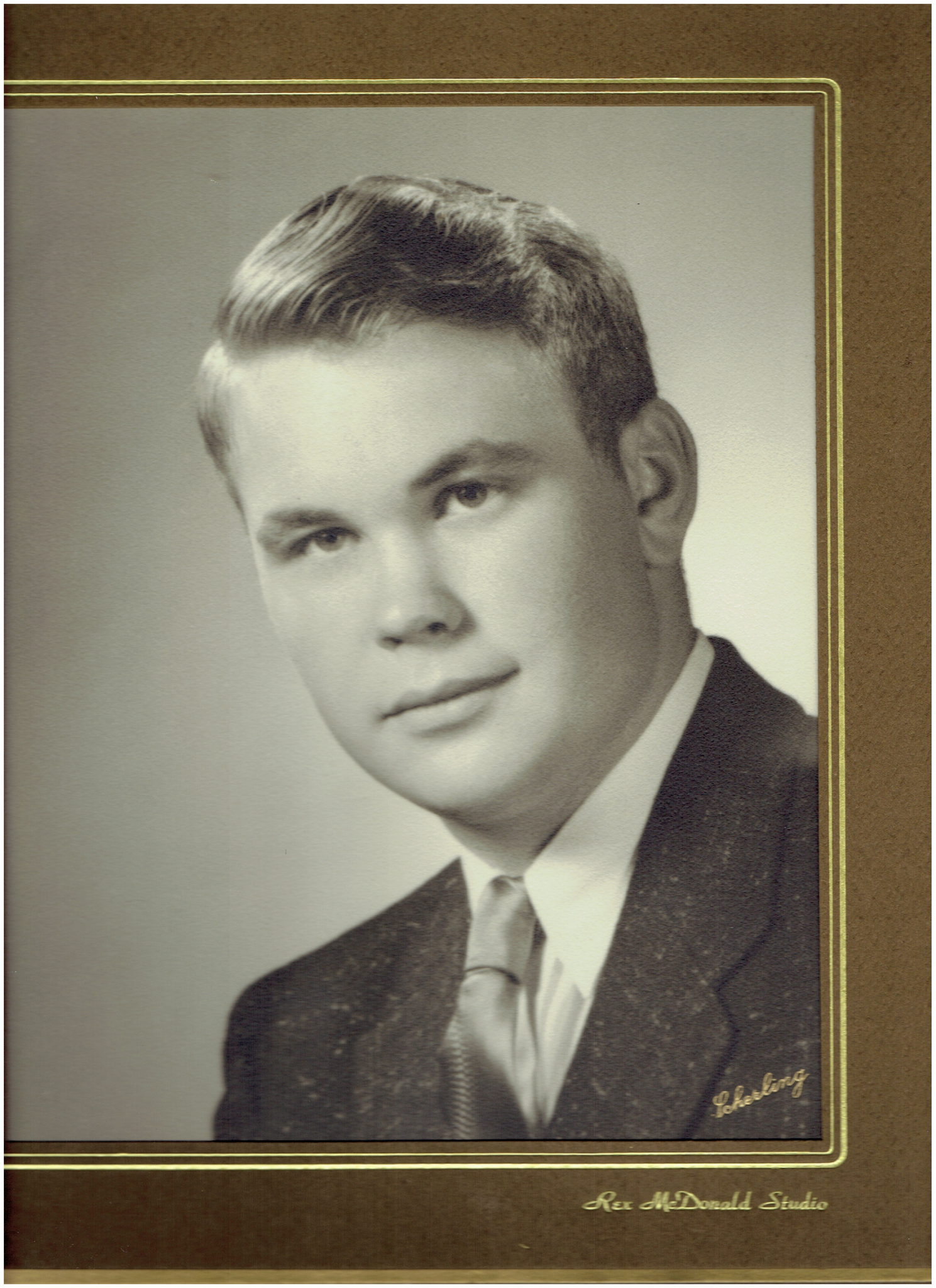 Jim (James) D. Olsbo, 81, longtime resident of Fargo, North Dakota, passed away on December 6, 2017 at Manorcare in Fargo. Jim was born on November 25, 1936 to Marie (Manthey) Olsbo and Clarence (“Moxie”) Olsbo in Madison, SD. The family moved from Madison to Fargo, ND in 1938, where Jim became a member of the Cardine Club and a 1955 graduate of Shanley High School. In 1945, at just nine years old, Jim lost his most beloved mother to Cancer. His father passed away when Jim was nineteen years of age and was attending business college in Fargo. After finishing college, Jim served briefly in the Air National Guard in 1960, completing basic training at the Lackland Air Base in Texas. Following his discharge, he worked first at the Pioneer Mutual Insurance Company in Fargo as a clerk underwriter and subsequently at the Fargo Veterans’ Administration (VA) Hospital as a secretary. Jim obtained a supervisory position at the VA Hospital and remained there for over a quarter of a century, retiring in 1992. Jim was known to his numerous friends over the years for his gregarious nature, his remarkable kindness and selflessness, and his generosity. Musically inclined like his mother, he played the piano and was an excellent dancer. He especially enjoyed the “Jitterbug”. A natural born historian, Jim loved taking pictures, and he spent countless hours meticulously compiling the histories of the Olsbo, Manthey, and Palli families. He loved classic movies as well as music. He was a member of the Nativity Catholic Church in Fargo. Jim is survived by his cousins, Rosemary Palli of Bloomington, MN, Marilyn (Edward) Blegen of Mesa, AZ, Eileen (Frank) Soreghan of Los Angeles, CA, Robert Manthey of Nebraska, Genevive (Manthey) Tomascha of Madison, SD, Mary Jane (Manthey) Archer of North Carolina, Pauline (Manthey) Popek of Chicago, IL, Carolyn (Manthey) Bowers of Chicago, IL, Patricia (Tom) Anawoski of Sioux Falls, SD, Don (Gloria) Curtis of Denver, Colorado, and Rob (Margie) Olsbo of Blaine, MN, and by his Godson, William (“Bill”) Blegen. He was preceded in death by his beloved mother Marie, his father Clarence, his stepmother Ruth (Howard) Olsbo, two infant brothers, and by cousins Eugene Palli, Jerry Palli, Bernard Palli, Maxine (Palli) Connelly, Joseph Manthey, Martin Manthey, Mary (Manthey) Coombs, Margaret (Manthey) Hill, Alphonse Manthey, Cyril Manthey, Grace (Manthey) Johnson, Grace Schuster, and Mildred Schuster, as well as by aunts and uncles Joseph and Olivia (Manthey) Schuster, Rose (Manthey) and Jacob Palli, Tony and Carrie (Manthey) Muggli, Clemence and Carrie Manthey, Anthony and Mary Manthey, Ing and Dorothy Olsbo, Les and Florence Curtis, “Spike” and Minerva Speicher, and Art and Edna Johnson. Jim will be honored with a Catholic prayer service at 10:00 am on Monday, December 18 at Boulger funeral home in Fargo. An interment service will subsequently take place at 1:00 pm on Tuesday, December 19 at St. Thomas Acquinas Catholic Cemetery in Madison, SD, where Jim will be laid to rest with his mother and two brothers.