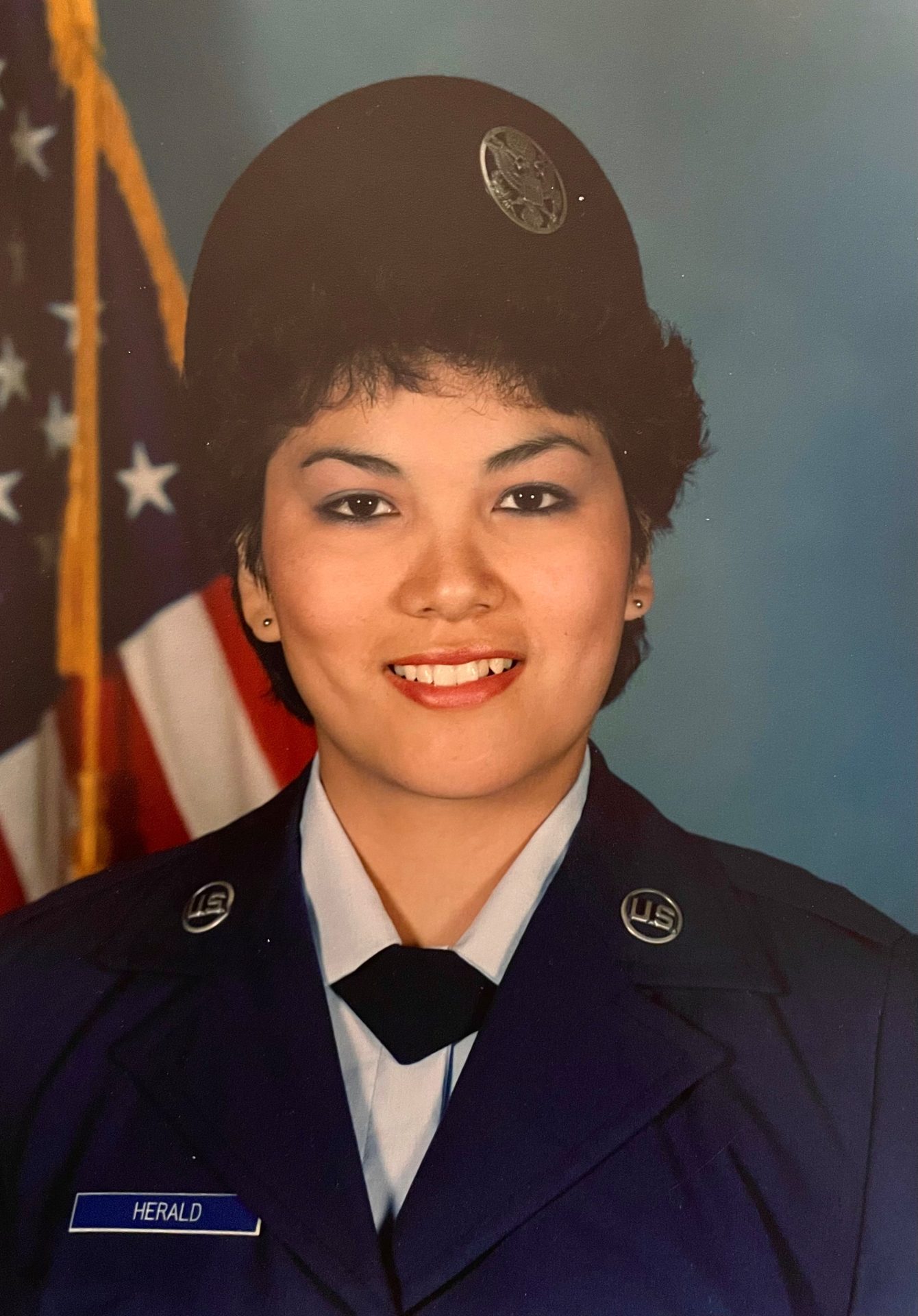 Janel Dawn Herald, 54, passed away Saturday, February 26th, 2022 at Essentia Health in Fargo North Dakota. Janel was born February 13th, 1968 to Donald Belgarde Sr. and Jenette Herald in Devil’s Lake, North Dakota. She grew up in Spirit Lake, North Dakota. She attended Wahpeton Indian School, Flandreau Indian School, and graduated Four Winds High school in 1986. Upon completing school, Janel enrolled in the U.S. air force. While in the service she met Darren Wott Sr and delivered her first two children, Darren Jr. and Gabrielle. They lived in various locations around the U.S. Upon retiring with an honorable discharge, she met and married Ken Dale. They had two children together, Kendra and Alan, and settled down in Germany while Ken was stationed there. They then moved to Rapid City, South Dakota where Ken was relocated. She made the decision to move back to Devil’s Lake to be closer to family and welcomed her youngest son, Caden Kakegamic. She then started to miss the essence of a larger city and made her way to Fargo, North Dakota. Janel was a huge fan of watching Korean dramas. She loved to travel and she’s visited Peru, Netherlands, France, England and all 50 states of the US. She enjoyed playing Bingo with her mother Jeanette and playing at the casino. But above all, her family was most important to her. She most enjoyed visiting and spending time with her parents, siblings, and children. She shared a special bond with her baby brother, Gabriel. He affectionately called her nanny. She cared for him like a son and he was a prominent part of her life. She is remembered for her devotion and love for her family, her imagination, and creativity. Janel is survived by her precious and loving family including her children Darren (Vanessa) Wott (Gilbert, AZ), Gabrielle Wott (Fargo, ND), Kendra Dale (Fargo, ND), Alan Dale (Rapid City, SD) and Caden Kakegamic (Manitoba, Canada); Grandchildren Aubrey Moore, Hayley Moreno and Kinsley Wott; Sisters and brothers Denise (Gary) Jacques, Jarrett Smith Sr, Lorinda (Bret) Leben, Cali DeMarce, Tammy Smith, Dondra Wrinkler, Michelle (Chris) Bustos, Sheridan McNeal, Jeremy Belgarde, Angela Belgarde, Heather Belgarde, Linda Adams, Memory Poni-Cappo and Nevasa Poni-Cappo; Special Aunt Rhonda McKay; Special nephew Jarrett Smith Jr; Special niece Victoria Wolters; as well as many dear Aunts, Uncles, Nieces, Nephews and Cousins. Janel is preceded to her spiritual by her parents Donald Belgarde Sr and Jeanette Herald; Brothers Dennis Poni-Cappo, Gabriel Smith and Donald “Sunny” Belgarde Jr; Grandparents William Herald, Mary Herald Thompson and Mary Jane; Aunt Roxanne Herald; Nephew Nathanial LeBeau and many other loving family members & friends. A prayer service will be held at 11:00 am, Saturday March 5, 2022 at the St Michael Catholic Church in St Michael, ND. A memorial reception at the Tekawitha center will immediately follow until 5:00 pm Arrangements entrusted to the care of Boulger Funeral Home and Celebration of Life Center in Fargo, North Dakota.