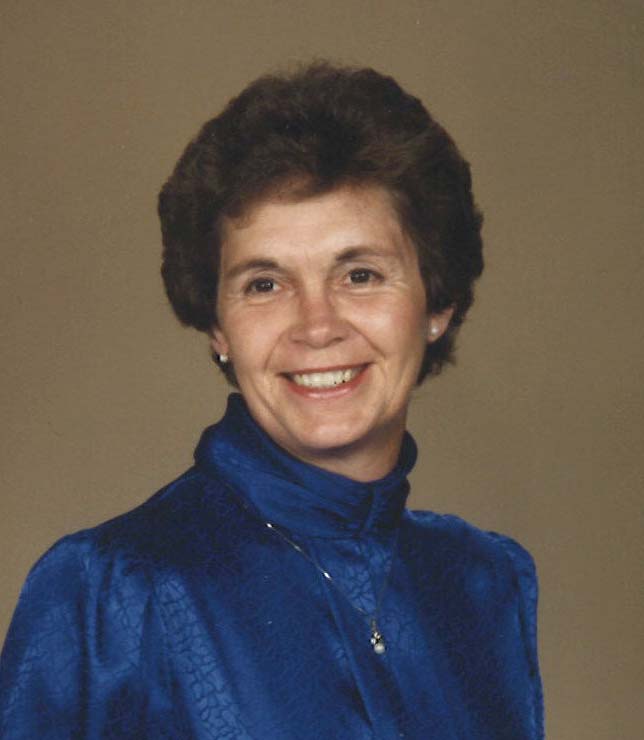 Janice Lavonne (Vansickle) Springer passed away September 25, 2019 in her home surrounded by family. Janice was born on March 22, 1936 on a farm south of Henry South Dakota to Earl and Viola Vansickle, along with her identical twin sister, Janette, In addition to Janette, she had another 4 siblings; Gerald, Eleanor, Marcine, and Richard. Janice attended grade school at a rural elementary school, and she later attended Henry High School where she participated in the Henry Owl Cheerleading Squad, Pep Club, and was crowned Carnival Queen. On June 22, 1954, she married William Springer in Henry, SD. They moved to Fargo in 1961, where they raised their sons, Richard, David and Daniel Springer. She was known most for her passion for her children, grandchildren, and great-grandchildren. She also had a successful career as the owner of Tri-State Striping in Fargo, during which time she won the “Women’s Business Enterprise of the Year” award. Her favorite pastimes were golfing, fishing, crafting, taking travel adventures with her family, spending time at Lake Cormorant, and wintering in Mesa, Arizona. In June, Janice and William spent their 65th Wedding Anniversary together. She is survived by her husband William Springer, sons, Richard (Terry) Springer, David (Sheryl) Springer, and Daniel (Shari) Springer. Grandchildren; Tracy Lind, Tim (Laurel) Springer, Jill (Cale) Arneson, Tad (Shelly) Brown, Tanya (Samson) McGinnis, Jacob (Brit) Springer, Jaime Springer, Katlyn (Nathan) Harms, and Allison Springer. 19 great-grandchildren; Abby, Zoey and Alex Lind. Elaina, Owen, Oliver and Etta Springer. Kate, Cooper and June Arneson. Clarissa (Daniel) Asa, and Erika Brown. Olivia (Tyler) Longmire, Ethan McGinnis and Shaela McGinnis. Kase and Barrett Springer. Teagan and Tenley Harms. She is also survived by her sister Marcine (Merle) Peterson, twin sister Janette (Leroy) Jones. Brother-in-laws Jim (Delores) Springer, Mike (Nancy) Springer, Pat Springer (Pam Paulson). She was preceded in death by her parents Viola and Earl Vansickle, her siblings Eleanor, Gerald, and Richard Vansickle, and niece Kimberly Springer. Funeral Services will be held at Boulger Funeral Home and Celebration of Life Center, Fargo, ND on Saturday, September 28, 2019 at 9:00 AM, with a reception following service. Visitation will take place one hour prior. Another Funeral Service will be held at Wight and Comes Funeral Home, Watertown, SD on Saturday, September 28, 2019 at 3:00 PM, with burial to follow. A visitation will take place a half hour prior. In lieu of flowers, please consider a donation to the Alzheimer’s Association (ALZ.org)