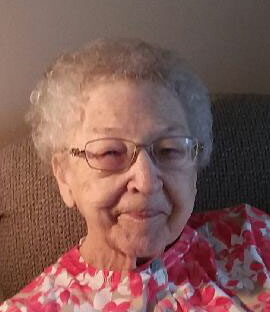 Janis F. Steffens, 85 of Fargo, North Dakota, died Sunday, December 22, 2019, in her home under the care of Hospice of the Red River Valley and surrounded by her loving family. Janis was born on April 11, 1934 to Marie and Earl Deans of Fairmount, North Dakota. After graduation she married Orman Steffens, her high school sweetheart on August 16, 1953. Janis and Orman spent their beginning married life in Fairmount, then later moving to Albany, Minnesota for 10 years. Janis enjoyed being a loving wife and mother to Orman and their children Scott and Julie. They later moved to Langdon, North Dakota where Janis continued being a homemaker while Orman was manager of the Cenex station. They then moved to Grand Forks, North Dakota where they lived for 32 years. Janis had enjoyed her time with family and friends wherever she lived. After Orman's passing in 2012, Janis moved to Fargo with her daughter Julie where they spent many happy years together. Janis is preceded in death by her husband Orman, her parents, sister Carol and brother-in-law Gary Jenson, and an infant sister. She is survived by her children Scott (Crystal), Julie, nephews Dean (Julie) Jenson, Father Glen Jenson, and Bill (Tracy) Jenson. Memorials can be sent to Hospice of the Red River Valley. A funeral mass will be at 10:30 a.m. with visitation starting at 9:30, Friday, December 27, 2019 at Sts. Anne and Joachim Catholic Church, Fargo.