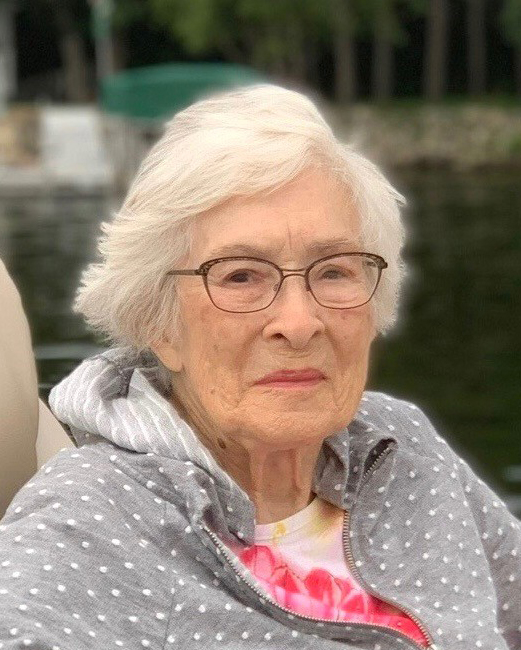 Jeane (Bartholomay) Sweeney, passed away peacefully on June 30th in Fargo, ND, after living her 97 years as a loving mother/grandmother, compassionate friend and fearless follower of God.

Jeane Bartholomay was born April 30th, 1925, at Camps Hospital in South Fargo, to Henry and Ida (Anderson) Bartholomay. She and her two brothers were raised in Leonard, ND,on the family farm. Jeane was a member of the Helendale Lutheran Church, where she was baptized and confirmed. She attended school in the Helendale District #1, where she rode in a sleigh to school in the winter. After high school, Jeane attended business college in Fargo and worked at the Powers Hotel and Service Drug Store.

In March 1946, Jeane met William (Bill) C. Sweeney on a blind date and they fell in love. After Jeane converted to Catholicism, they were married in St. Mary’s Catholic Church on June 8th, 1948.

Together, Jeane and Bill raised their six children in Fargo. The Sweeney’s loved to travel, rarely missing an American Legion State or National convention. They also enjoyed spending time in Arizona during the winter months and summers on Pelican Lake in Minnesota.

Jeane enjoyed traveling with family and friends throughout her life. Playing Bridge, quilting, gardening, cooking and baking were just a few of her hobbies. Jeane also proudly belonged to the American Legion Auxiliary, Elks, and the Quilters Guild.

Jeane’s greatest joy was spending time with her extended family. She was a wiz at games- beating many at Rummikub and cards, and enjoying exciting games when her grandchildren played “Horse Races.”

In late April 2022, Jeane celebrated her 97th birthday with a party surrounded by her children and their families. It was a beautiful event and a true celebration of her life and loved ones.

We are grateful for the many years of memories we have to treasure. Jeane’s Special-K Bar, Lemon Bar and Caramel Roll recipes will continue to carry on her legacy in the family for generations to come.

Our loving Mother was preceded in death by her husband, Bill, her sister Mace, her brothers, Gail and Tom Bartholomay, her sisters-in-law, Selma Bartholomay and Grace Sweeney, her brothers-in-law, Hubert and Clement Sweeney, nephew Richard Sweeney, and granddaughter Deidre Miller Valdez, along with many other loving family members and friends.

Funeral arrangements are being made through Boulger Funeral Home in Fargo, ND. A visitation will be held at 10:00am and the 11:00am funeral service will be held at St. Anthony’s Catholic Church (710 10 th St. S.) on Tuesday, July 5th, 2022.

The family greatly appreciates donations made to these charities in Jeane Sweeney 's name. 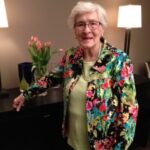