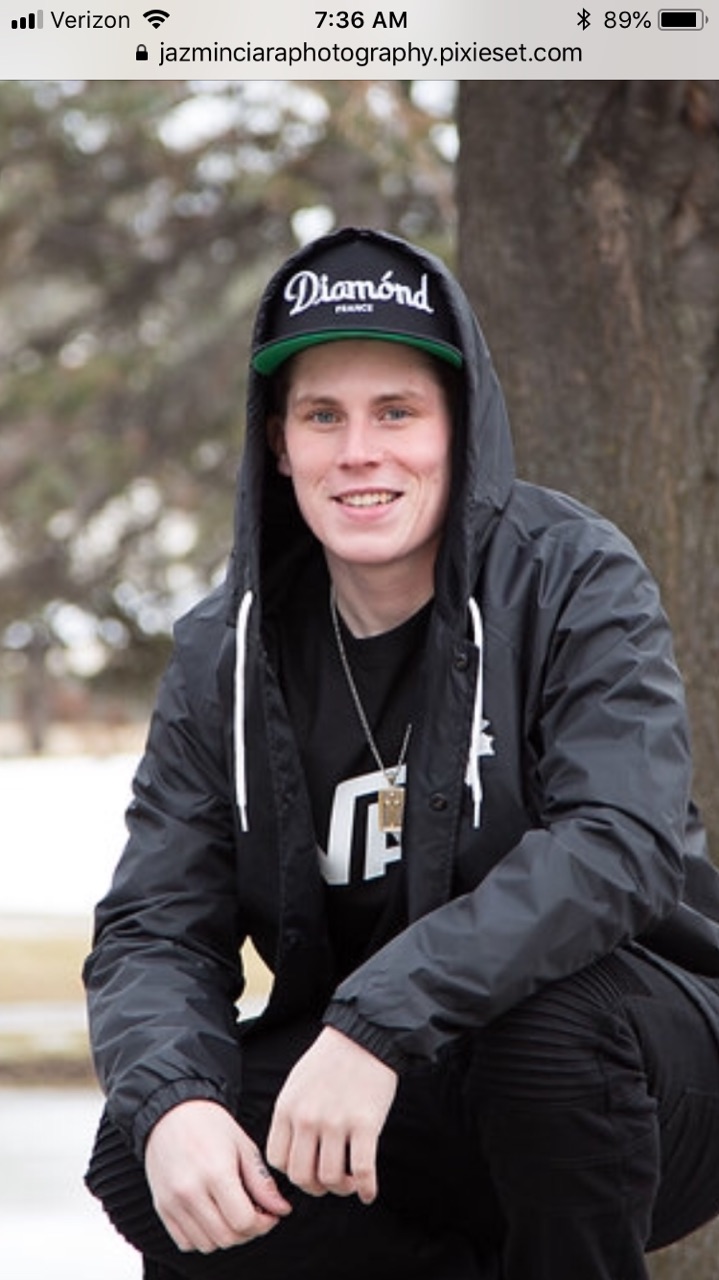 Jesse A. Simon was born August 17, 1990 to Duane Simon and Lori Roesler. He passed away unexpectedly on May 27, 2018. Jesse lived all of his life in Fargo. He graduated from Woodrow Wilson where he met Robin Simon, the love of his life. They married twelve years later on August 25, 2017. Jesse had a bond with his brother that was unbeatable, their love was clear to all. Snapchat was Jesse’s special way of communicating with those he loved and this was clear in his daily snaps to his mother Lori saying “love you Mom, have a great day”. He brightened up every room he entered with his huge smile and hugs for all. A true Broncos fan at heart, he enjoyed watching games with those he loved most. He also spent his time skateboarding with his lifelong friends. Being a godfather was one of his greatest joys. The relationship he had with Leo was one that inspired many. He was hard working and loved getting up in the morning to go to work. He recently stated there was no place he would rather work than DS Beverages. He never forgot to count his blessings. Jesse is survived by his wife, Robin, mother Lori (Scott) Roesler, Fargo, brother, Jordan Simon, sister, Courtnie Roesler; in-laws, Rudy and Elisa Martinez, grandparents, Allan and Twila Essler, Kenmare, ND; uncles, Kim (Sandra) Essler, Jerome (Anita) Essler, Paul (Stacia) Essler, Sharon (Greg) Schindel; godson Leo Crespo, and several cousins. Jesse is preceded in death by his father, Duane; uncle, Ken Simon; grandparents Ken and Veronica Simon; godson Amaru Crespo; cousin, Robyn Essler.