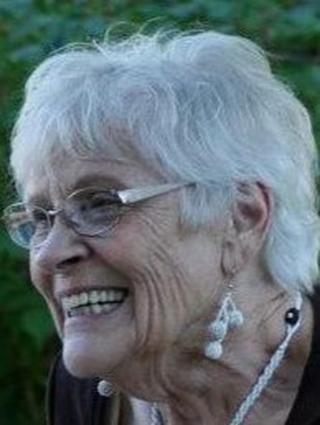 Joan Caroline Boeder, 85, (formerly Lemley) passed away March 12, 2020, at her home in Fargo, ND. Joan was born on September 28, 1934 to Adolph and Florence (Splitstoesser) Lindeman. She married Marcus Robert Lemley of Pillsbury, ND, on February 24, 1951. They raised their children and lived in Hope, ND until Mark’s death on July 8, 1992. Joan married Robert “Bob” Boeder on December 31, 1999 in Parrish, FL where they lived until moving to Fargo in 2012. Robert passed away in October 2015. Throughout her life Joan was gregarious, hardworking, broadly sociable, easily made friends, was highly opinionated, vastly competitive and capable at many things (bowling, bridge, in fact card games of almost every stripe) and an avid sports fan and fan in general of anything her children and grandchildren were involved in. She was a great cheerleader of life. Joan is preceded in death by her parents and two sisters, Ardys (Doyle) Triplett and Isadore Carlson. She is survived by her six children: Murray (Amsterdam), Craig and his wife Cindy (Coupeville, WA), Jody Hunnicutt (Denver), Cindy and her husband Tim McKay (Minot), Todd (Denver), Caryn (Houston); nine grandchildren: Case, Connor and Kaisa Lemley (Craig), Austin and Jim McKay (Cindy), Hannah and Will Hunnicutt (Jody), Tyler and Zachary Sedillo (Caryn); 5 great grandchildren, and many nieces, nephews and cousins.