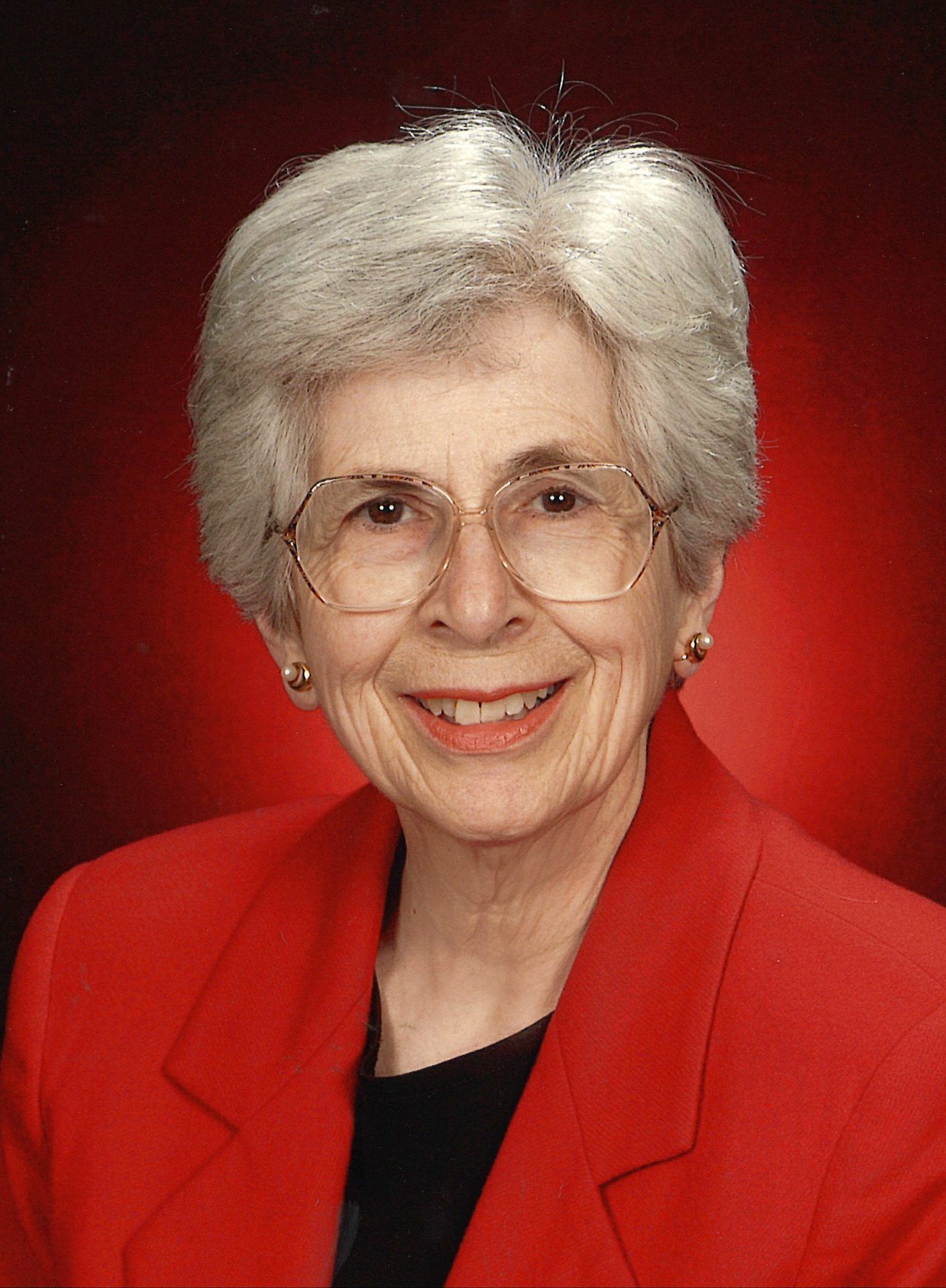 Joan Mulkern died on September 19, 2021, in Fargo with her family by her side. Joan Elizabeth Johnston was born on December 6, 1931, in Independence, Missouri, the daughter of Harold and Mary (Ferris) Johnston. As a child she lived in several places, including Omaha, Nebraska, St. Joseph, Missouri, Warrensburg, Missouri, and Topeka, Kansas, before moving to Independence, Missouri for her senior year of high school. Joan graduated from the University of Kansas City in 1953 with a degree in Chemistry, and received her Master’s degree in Chemistry from Kansas State University in 1955. While in graduate school, she met her future husband, Gregory Mulkern. Joan and Greg married in 1954 in St. Mary’s Church, Independence. When Greg accepted a position at NDSU in 1957, they moved to Fargo, where Joan would live the rest of her life. Joan had six children which she raised with much love and attention. Greg Mulkern died in 1984, and after that, Joan became a substitute science teacher in the Fargo Public School system for many years. She was a member of Holy Spirit Church in Fargo for 64 years. She belonged to the Fine Arts Club, the NDSU Women’s Club and Sewing Club. She served as a volunteer at the Hjemkomst Center in Moorhead for 30 years. Joan is preceded in death by her husband, Greg, her parents, Harold and Mary Johnston, her son Terence, and her daughter-in-law Elisabeth Mulkern. She is survived by her children Kathleen, Joseph, Rita, Ann and Paul, and daughter-in-law Wendy Ljungren, as well as nine grandchildren: Benedict, Irene, and Gregory Smail; Maggie Mulkern Mahony, Brendan, Colman, Marissa, Ciaran and James Mulkern, and one great-grandchild, Julian Mahony. She is also survived by her brothers, Michael and James Johnston, and brother-in-law John Terry, along with several nieces and nephews. Joan was much loved by her family and friends and will be greatly missed. A funeral Mass will be held at 2 pm on Friday, September 24, 2021, at Holy Spirit Church in Fargo with a visitation one hour prior. Requiescat in Pace.