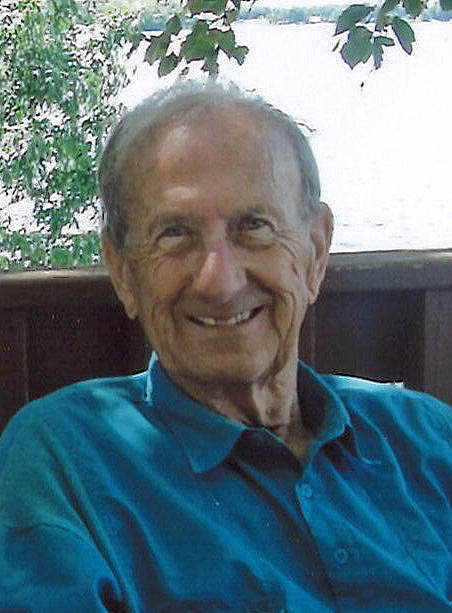 At the time of his retirement June 30, 2000, he was associate editor and outdoors editor, managing the various newsroom departments on a day-to-day basis as well as covering the outdoors scene in the Upper Midwest and adjacent areas of Canada.

John was born Oct. 29, 1935, in Bismarck, N.D., the son of William and Viola Paulson Lohman. The family moved to Fargo in 1938, where he graduated from Central High School in 1953. He went on to achieve a bachelor’s degree in industrial engineering and management from North Dakota State University in Fargo, while working The Forum’s night news desk. Although he never formally used his degree, his engineering and management background were important in his growth in the Forum’s news department.

John’s association with The Forum began in 1947 as a newspaper carrier in south Fargo. After almost five years as a carrier including picking up and reporting election returns in the controversial presidential election of 1948 to The Forum’s news staff, John was hired as night copy boy. The position was created to meet the demands of changes in the way newspapers were published. While working the copy boy job, he learned to send stories on The Associated Press wire and to write obituaries, sports game summaries and headlines, slowly moving up the news department ladder. He loved the challenge of the next phone call.

As his interest in news coverage grew, John decided he would put his engineering degree on the shelf. There were three major reasons: His engineering degree would mean a move from this area and his family, he loved fishing, hunting and the area’s outdoors offering and he was planning to marry Dorothy Stolp of Detroit Lakes, Minn., a University of North Dakota nursing student. Upon completion of her nursing university education, they were married July 13, 1962. Because of the demands of John’s Forum job, she worked two years as a Cass County health nurse, and then stepped aside to raise their four children.

John started in The Forum’s newsroom at a time when few could visualize the changes that would be ahead, not only in news and photo coverage but in the production of the daily newspaper itself. The copy boy job was created so that stories coming in from the Associated Press and United Press International could roll in both on ticker tape and word processors, than matched after being edited to feed through the linotype machines in the composing department, vastly speeding up news type production.

Three newspaper presses were introduced during John’s tenure, eventually permitting extensive use of color photography and advertising. Several generations of computers also came into play. As the newsroom grew in size and vitality to match the growth of the Fargo-Moorhead community and production changes, today’s computer capability took over The Forum’s newsroom production.

As John rose in newsroom rank, he became deeply involved in news coverage, being the youngest of the newsroom staff involved in the coverage of the 1957 tornado that hit Fargo, resulting in many deaths and massive destruction across the city’s then northwest and north side. The Forum won a Pultizer Prize for its tornado coverage, the only such prize the newspaper has ever received.

Flooding and winter blizzards were numerous during his career. Only one day during his long career did weather stop John from reaching the office and working on or directing storm or flood coverage. However, John responded many times to demands of news coverage, whether at his lake home or on a weekend, whether hunting or fishing or from attending meetings to face the challenges of Forum news coverage.

In addition, he covered the outdoors scene, beginning on a daily and weekly basis in 1966. He also had written on the outdoors scene prior to that to fulfill a monthly news department column demand. After being told he would write a hunting column weekly, John accepted the challenge and had a bylined article or outdoor column in every Sunday Forum until he retired in 2000 – even on vacation. Because of his love of the outdoors, he also purchased camera equipment so he could produce pictures for The Forum’s outdoor pages and other areas of news coverage.

Over the years, John received numerous news and outdoors coverage awards from agencies and organizations. He was named Lake Agassiz Kiwanis Sports Person of the Year in 1992. He also was involved in putting out Forum news department books and special publications. He was a member of the Associated Press Managing Editor’s Association for more than 20 years, traveling across the United States for annual meetings. He served in the Air National Guard for six years.

After retirement, John and Dorothy spent time at their summer home on Little McDonald Lake near Perham, Minn., and traveled to visit their children. Dorothy also did extensive traveling with the children and friends.

John had a deep appreciation of nature and wildlife and an extensive knowledge about North Dakota history. He was the family’s favorite handyman and could fix anything. He loved reading mysteries, playing with his dogs, watching wildlife, eating chocolate chip cookies, and working on his never ending ‘to- do’ list. He will be missed.

John was preceded in death by his parents, his sister Frances Morgan, brother Billy, and his beloved pets.

There will be visitation from 5-7pm with a prayer service at 7:00pm on Thursday, May 24th at Boulger Funeral Home and Celebration of Life Center, Fargo. The funeral will be at Olivet Lutheran Church in Fargo on Friday, May 25th at 11am with visitation from 10-11am.

Memorials preferred to the Olivet Radio Fund, Olivet Mortgage Payoff Fund, or a charity of the donor’s choice.