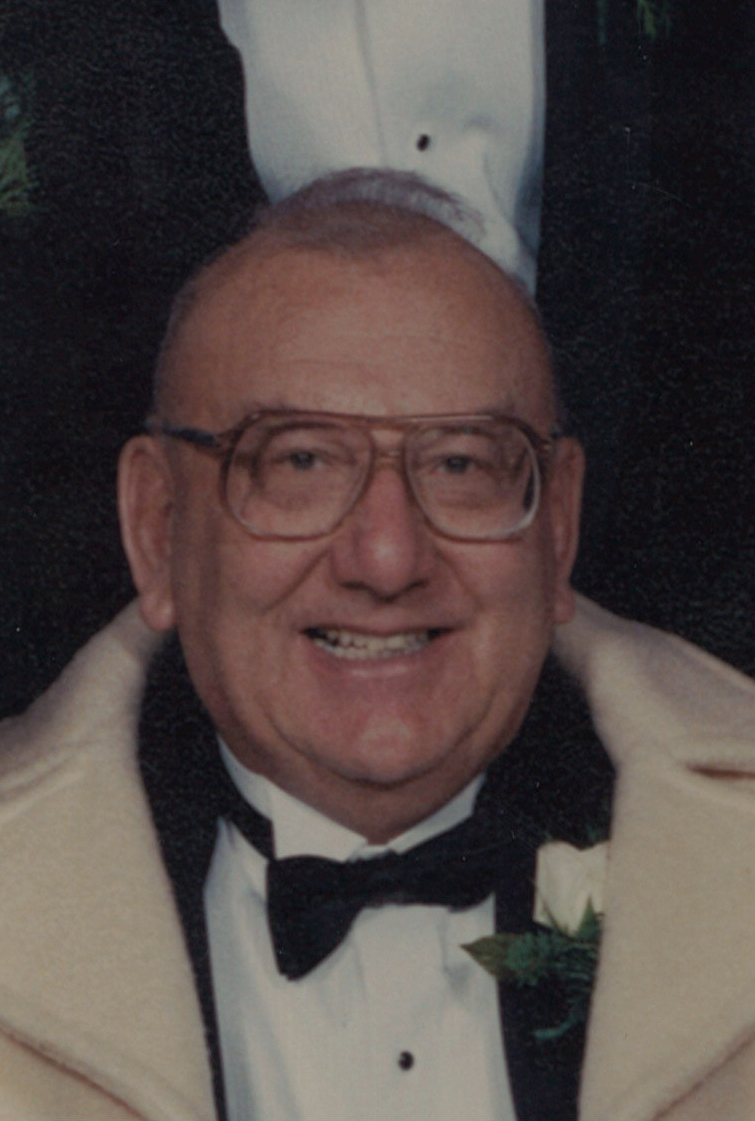 John M. Noah was born November 21, 1927 to Lebanese immigrants, Michael and Christine Noah, and grew up in Crookston, Minnesota. Though from humble beginnings, John’s proud family instilled a strong moral code and a deep level of human compassion. John was known for his gift with people, and was appreciated for his unbridled enthusiasm and zest for life.

A gifted athlete, John lettered in both hockey and football at Crookston Cathedral High School and he was honored as an All-City and All-State football player. He played in the Minnesota North-South Football All-Star Game in 1946. He played 4 years of varsity hockey for the University of North Dakota Fighting Sioux; starting off with a $2.00 pair of skates.

He enjoyed a tremendous amount of success at the University of North Dakota. Though he had been drafted by NHL’s Detroit Red Wings, he decided to continue with his education and became the first to letter all four years at UND–playing all positions except goalie. In 1951 he was named as a first team All-American; the first All-American in UND’s hockey history. That same year he and his team, the Crookston Pirates, won the US Amateur Hockey Championship. John played defense for the Silver Medal-winning US hockey team in the 1952 Winter Olympic Games in Oslo, Norway.

John met the love of his life Mary (Kelly) Noah at a hockey game. They married in 1956, started a family in Grand Forks and moved to Fargo, ND where they raised their eight children. Service was a large part of John’s life. He served in the United States Army, in charitable organizations, as a member of the Fargo Park Board and in youth sports. He served his family with unwavering devotion, and most vital to him, he served the Lord. John and Mary were participants and founding members of numerous Catholic and Christian organizations and staunchly supported pro-life causes. John also served the community as the Chief Federal Probation Officer for North Dakota, Director of the Civic Auditorium, and in retirement, as one of the best limo drivers in town. One of his missions in life was to spend time teaching the youth in the community through sports, believing that if they were positively occupied participating in sports, not only would they stay clear of trouble, they would also learn to be good citizens. He established the first youth hockey traveling teams in Fargo, the Fargo Scheels teams, which competed at all levels and along with his brother, Fr. Timothy Noah, started the varsity hockey program at Shanley High School in the early 1960’s. John’s big heart and knack for relating with others led him to make meaningful connections with people from all walks of life, and with a twinkle in his eye, he bridged those relationships to gain opportunities for all kids across the area, particularly those most in need. He loved serving others.

And although John received numerous hockey honors, including induction into the UND Hall of Fame and the North Dakota Hall of Fame, and nominations for the US Hockey Hall of Fame; he was most honored by the titles “Husband,” “Father” and “Grampie.”

Visitation will be from 5-7 p.m., with a prayer service at 7 p.m., Tuesday, Sept. 8, at Boulger Funeral Home in Fargo. Visitation will continue from 10-11 a.m., followed by the funeral Mass at 11 a.m., Wednesday, Sept. 9, at St. Anthony of Padua Catholic Church in Fargo.

Special thanks to the staff at the Villa Maria for their care and compassion. Memorial donations in memory of John may be made to the St. John Paul II Catholic Schools, Fargo, ND.