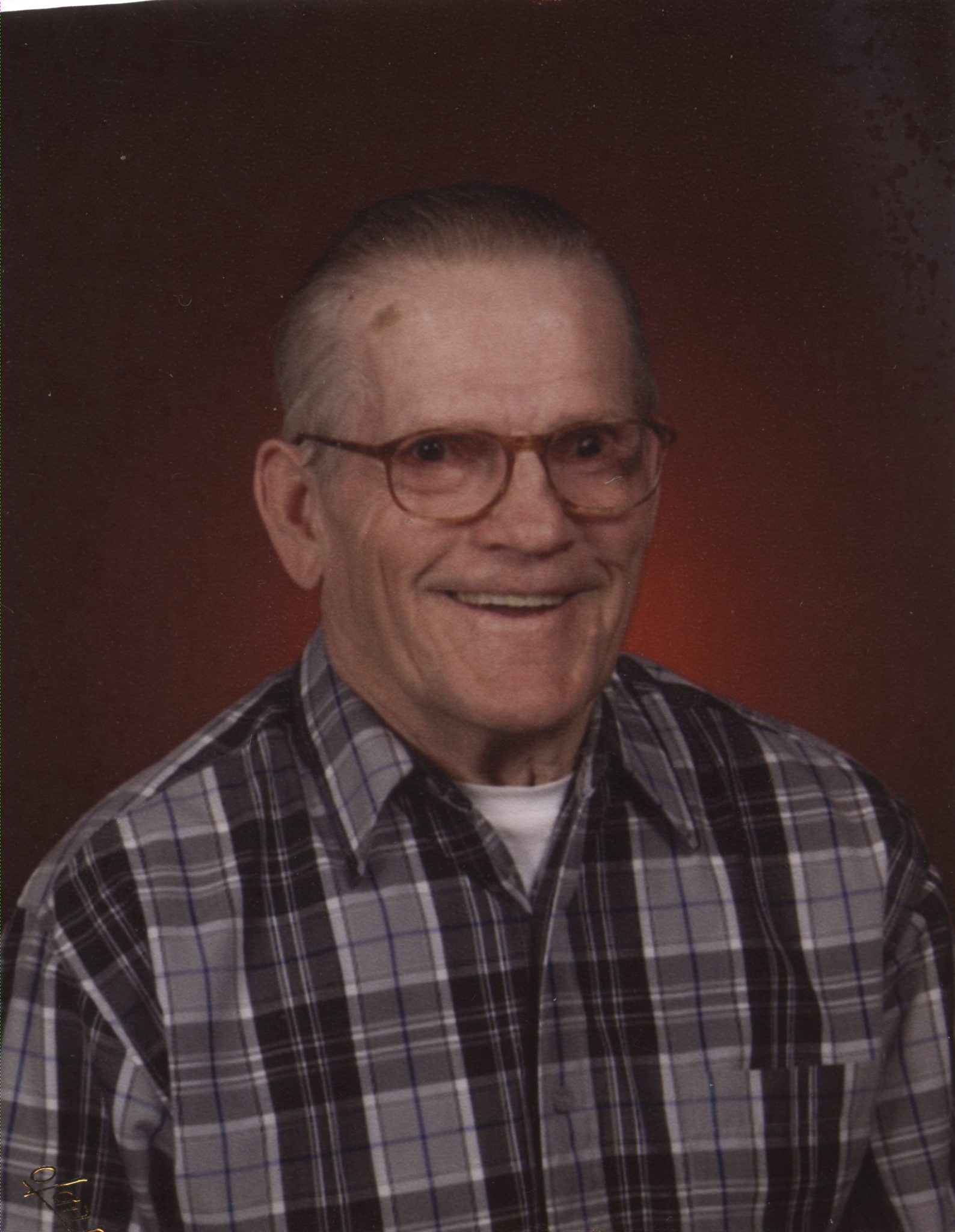 Joseph Merck, age 91, of Moorhead, MN died February 18, 2018 at Eventide Nursing Home in Moorhead. Joe was born on February 17, 1927 near Karlsruhe, North Dakota to Felix and Mary Merck. He went to country schools leaving after eighth grade to work on farms in the area near his home. He was drafted near the end of World War II and was stationed in Germany where he worked transporting prisoners. Joe married Beverly Herdt in 1952 in Helena, Montana and later moved back to the Granville, North Dakota area. He purchased a farm in 1968 near Bagley, MN and lived there until he retired at age 80. He did receive his high school diploma at age 75 through the UND Adult Education Program. Joe did farm work most of his life, however, he also had various jobs such as working on the missile silos throughout North Dakota, at a lumber mill in Bagley, and after retirement worked part time at UND as a testing proctor. Joe was a member of St. Joseph’s Catholic Church in Bagley for 40 years and after moving, became a member of St. Joseph’s Catholic Church in Moorhead. He was also a member of the American Legion in Bagley, MN. Besides working the farm he enjoyed dancing, sausage making, cooking, baking, and GRANDCHILDREN. Those most honored to share Joe’s life include his wife Beverly (Herdt) Merk, daughters Arletta Mutnansky (Goodridge, MN), Gloria (Duane) Tougas (Fargo, ND), and Beverly Hilliard (Grand Forks, ND); sons Joel Merck (Wendy) (Thief River Falls, MN), Gerald (Marie) Merck (Bagley, MN) and Tommy Merck of Glyndon, MN. Joe is also survived by 14 grandchildren and 21 great-grandchildren, and a brother (William Merck) of Minot, ND. Joe was preceded in death by five sisters and three brothers.