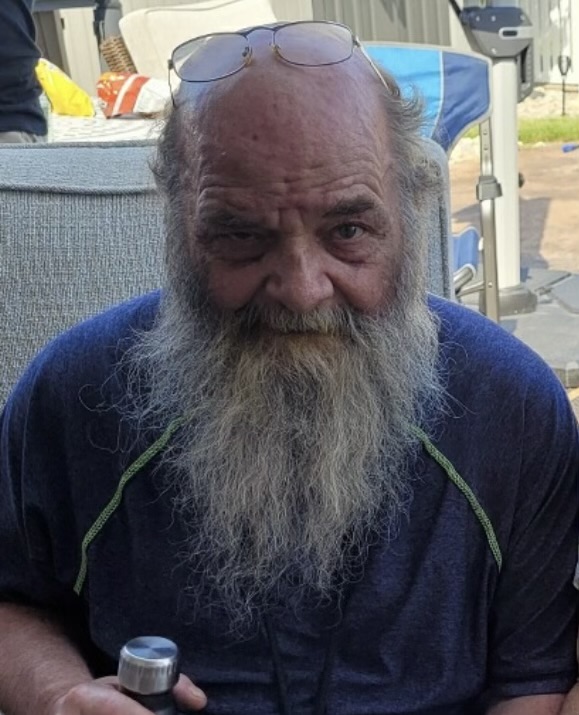 Joseph Raymond Loegering, 65, of West Fargo, ND, passed away peacefully at the VA in Fargo, North Dakota, after suffering a Stroke.
Joe was born in Ellandale, ND. When Joe was 8 he received a Junior achievement award, during his interview for the newspaper, he was asked “What do you want to be when you grew up?” He replied, “A bounty hunter, and catch the FBI most wanted guy.”
Joe enjoyed almost 7 years in the military, which ended due to a traumatic brain injury. Setting Joes life on a path no one could possibly anticipate. Joe lived an alternate life, he had strong beliefs in his reality. He roamed around the USA working in places like New York, Texas, Washington state and many more doing various construction jobs.
Teaching and working with his hands became Joe’s passion. Always teaching everyone what we needed to know or showing us how to do it. Yes, sometimes things would get lost in the translation. A little confusing for most. But he was loved by all and will be deeply missed.
Joe is survived by:
Anna M Loegering (mother) Jackson, Mi
Brothers and sisters
Rose Schuessler Lansing, Mi
Joann Balamut (Russ) Zimmerman, Mn
Mary Schuessler (Larry) Jackson,Mi
Donna Hill (Tim) Jackson,Mi
David Loegering (Paula) Fargo, ND
James Loegering (Sue) Fargo, ND