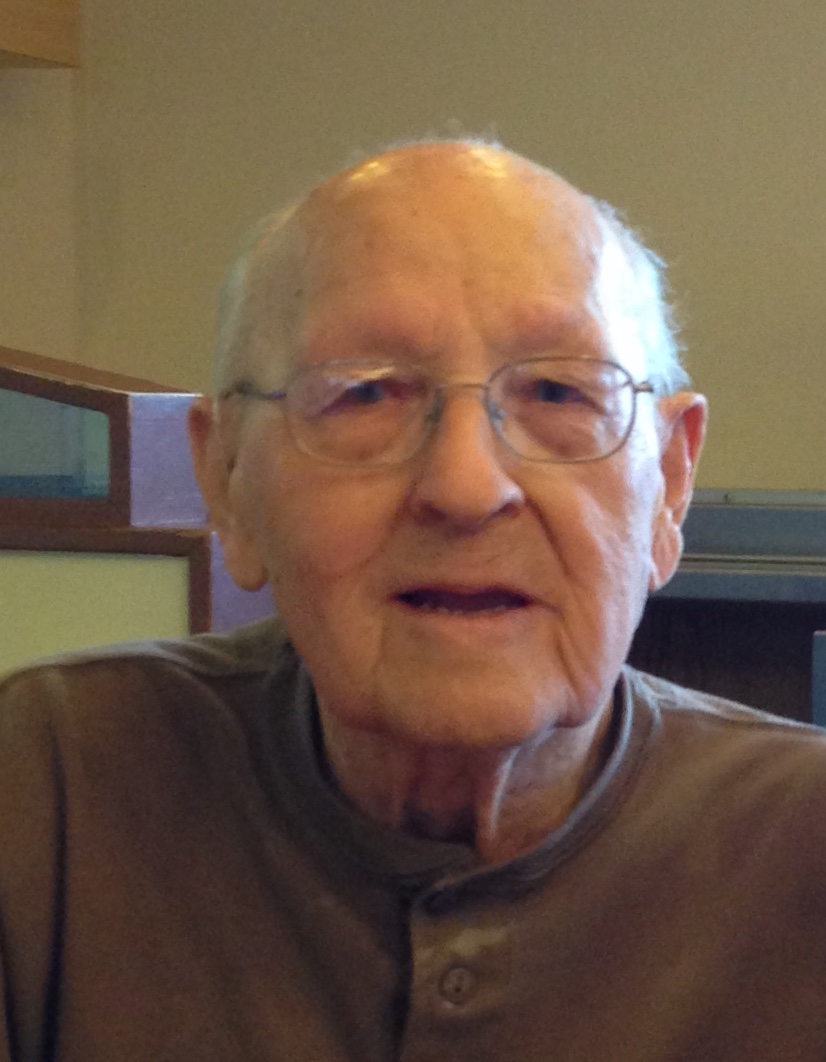 It is with great sadness that the family of Joseph J. Schall announces his passing on Friday, January 25, 2019, at the age of 100. Joe was born on March 20, 1918 in Balta, ND, to Michael Schall and Eva Schaan Schall. He graduated from Assumption Abbey High School in Richardton, ND in 1936 and from State College of Science in Wahpeton in 1939 with a degree in business management. He worked with the A.S.C. office in Rugby, ND until he enlisted in the U.S. Army in Jan., 1941, serving with Company D, 164th infantry in the South Pacific during World War II. He was discharged in June 1945. He married Beatrice Klein on Oct. 15, 1945 and their marriage was blessed with 7 children. Joe and Bea farmed for 15 years near Balta, ND, and then purchased a motel in Rugby, ND which was their home and business until they retired in Rugby in 1978. During retirement, Joe and Bea enjoyed spending winters in Arizona. In 2003, they moved to Riverview Place in Fargo to live closer to their children. This fall they moved to Eventide Fargo to receive more care. Joe was an active member of both the Balta and Rugby Catholic Church, serving on the church councils for both. He was a member of the American Legion and an honor member of both the third and fourth degree of the Knights of Columbus. Some past times that he enjoyed include fishing, dancing, playing cards with friends, coin collecting, and watching baseball. He got great satisfaction from working on church projects. His large family and many friends provided him with joy throughout his life. Joseph is survived by his wife of 73 years, Beatrice, and children, Marilyn Tuchscherer, Blaine, MN, David (Sheila) Schall, Elk River, MN, Margie (Greg) Jenrich, Corcoran, MN, Jolette (David) Olig, Fargo, ND, Susan (Jerry) Miller, Omaha, NE, Leann (Steve) Christopherson, Waconia, MN, Jim (Kylene), Clear Lake, MN, 18 grandchildren, and 16 great grandchildren. He was preceded in death by his parents, 5 brothers, 4 sisters and a step brother. A prayer service will be held at Boulger Funeral Home and Celebration of Life Center, Fargo, on Sunday, Feb. 3, 2019 at 2:00 PM, with visitation starting at 1:00 PM. A Mass of Christian Burial will be celebrated at Sts. Anne and Joachim Catholic Church, Fargo, on Monday, Feb. 4, at 10:30 AM, with visitation starting at 9:30 AM.