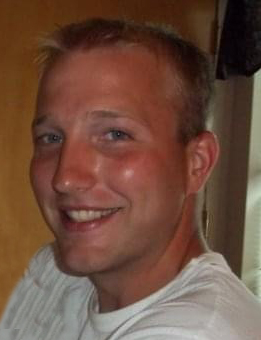 Josh’s live streamed funeral mass can be viewed below starting at 12:45 PM today:

Josh was educated in Fargo, ND, and received his GED in 2004.

Growing up Josh participated in BMX racing in Grand Forks with his brother and cousin. Josh enjoyed fishing, frolfing and riding his bike, even as an adult.

Josh was a hard worker and liked to stay busy. He was very Krafty and enjoyed doing projects. He enjoyed taking things apart to see how they worked, sometimes could not put them back together. If he could not figure it out, he would Google it or call Dad. No matter what the situation was, Josh was always there to help.

Josh would take daily walks to Casey’s General Store for ice cream. He would build his ice cream as high as he could, impressing the workers and walking out with a proud face.

One of Josh’s favorite drinks on Christmas was Eggnog. He would drink the entire container and later regret that decision. Josh will be remembered for his room filling laughter, big smile, and eating a lot of food during family gatherings.

Josh was an amazing son, spouse, brother, cousin, nephew, dad and friend. His big heart, loyalty and smile will always be remembered.

Josh is preceded in death by his mother, Scarlet, his brother, Zach, and his grandparents’: Benard and Dolores Leichtenberg, Ronald and Ella Fuller. Uncles: Rudy and Brent Fuller. His beloved dog Mia.

Funeral services will be: Visitation will be from noon to 1 p.m., followed by a funeral Mass at 1 p.m., Monday, June 13, at St. Elizabeth’s Catholic Church in Dilworth, Minn.