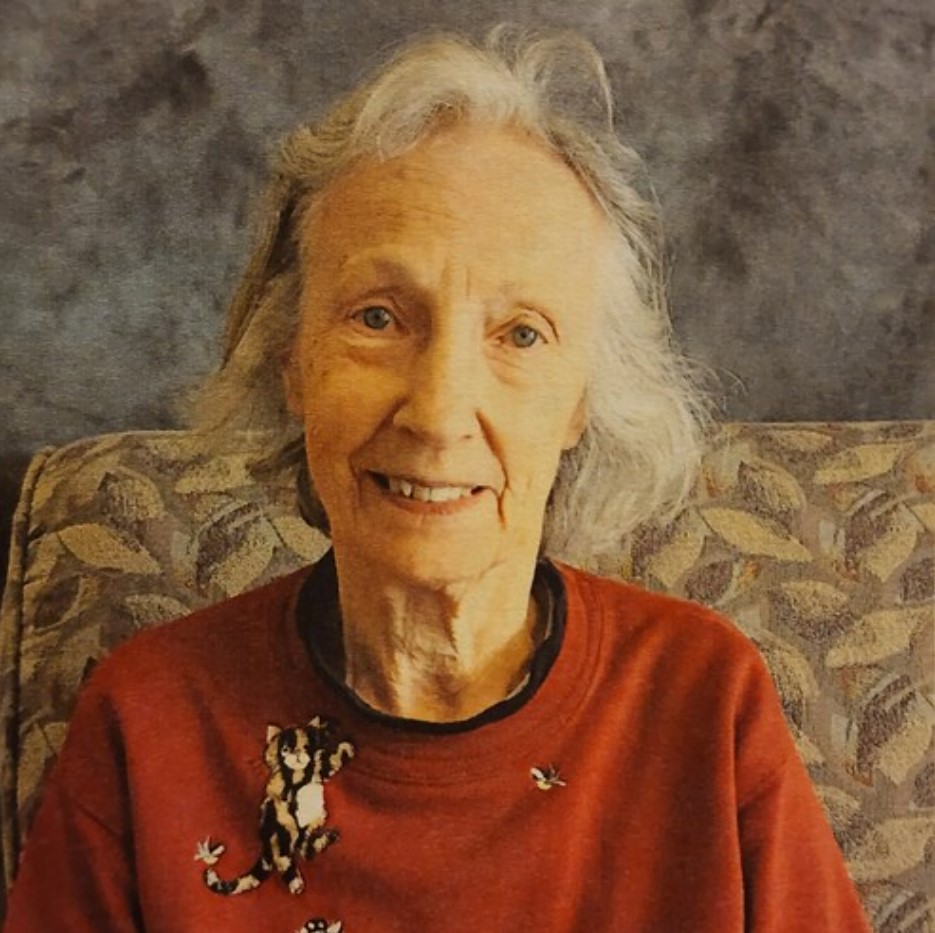 Joyce Luella Burris was born on April 16, 1935 near Forest River, ND to Leo and Julia (Barta) Burris. She graduated from Inkster High School. Following graduation, Joyce attended Mayville State Teachers College and received her degree in teaching. She later received her Bachelors Degree in Education from the University of North Dakota. She taught for several years at McKinley Elementary in Fargo. Later, she met Charles Ross at a bowling alley and they were married on October 18th, 1962 and remained married for the next 60+ years. They farmed near Arthur, ND and also helped run the family grocery store in town. Soon, the couple started raising a family and life got a much busier.

Joyce was a devoted mother and was very involved with her children’s events at church and school. She stayed busy driving the boys to their after-school events such as various sports practices and games, Cub Scouts, and music events at school. She never missed an event or performance. She also taught catechism classes and confirmation classes at the church and was involved with many groups at St. Agnes Catholic Church in Hunter and was a devoted member of the congregation for many years.

When Joyce wasn’t chauffeuring her children around she was busy at the farm. Joyce loved gardening. Whether it be flowers or vegetables, she would spend hours working the soil. She did a lot of canning produce at the end of the season from what she grew. She also spent hours and hours mowing and pruning her large yard. She used to complain that by the time she would finish mowing it she would just have to start again. She was constantly in motion from sun up to sun down during spring, summer, and fall well into her 80’s and would rarely even take a few steps without reaching down to pull a weed from the ground, rake a leaf, or light a fire wherever a pile of refuse grew. She also loved to cook and bake and would always have cookies in the cookie jar or a pan of bars for when the kids came home from school. She enjoyed music and was especially fond of Dolly Parton. She taught herself to play guitar and she played the piano and enjoyed doing both when she had the time.

One of her biggest passions was that she loved her horses. She especially like raising Arabians. She had many over the years and enjoyed many hours riding and working with them. She would sometimes be out most of the day working with and tending to them. She also got very proficient at putting up and repairing fences in the pasture.

After her sons were out of the house, Joyce began a new career in Fargo working for Intercambio International where she helped place students from all over South and Central America in schools all around the United States on a student exchange program. She was a great ambassador of the program as she took in several children to her home as well over the years from countries like Mexico, Panama, and Costa Rica. We became especially close with two of the students, Alex and Aiza, who stayed with the family for multiple school years and are still considered family. Joyce loved to talk to people so this job was ideal for her. She loved the travel that went along with it and made many trips around the country and Mexico.

Of all her activities, her favorite thing though was family. She loved having her family out to the farm to cook large meals and needing two or three different rooms to fit everyone. She was most herself when things were hectic from all of the grandchildren running around screaming and laughing.

A memorial service will be held at 10:00 am on January 21st at Boulger Funeral Home in Fargo. Visitation will begin one hour prior to the service.

Burial will take place in the spring at the Arthur cemetery.

Memorials can be sent to Hospice of the Red River Valley and St. Agnes Church, Hunter ND.