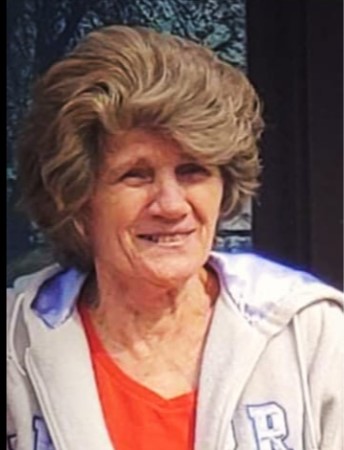 Juanita Nee Kreider, 72 of Fargo, North Dakota, passed away peacefully surrounded by her loved ones on October 21st,2021 in Fargo. Juanita was born on April 16th, 1949 in Sanborn, Iowa. Juanita was the seventh of ten children to Ruby Louise Nichols and Troy David Louderback. Juanita graduated from Tama High School in 1974. Juanita started working as a Certified Nursing Assistant in nursing care facilities in central Iowa in the 1970’s, she began as a CNA and later became a Med Aide. Juanita would continue working at care facilities when she moved to North Dakota in 1995 until her retirement in September of 2020. Juanita was known for her strong bond with those that she cared for and cherishing the friendships she made with her coworkers. Juanita was a confirmed member of the American Lutheran Church. She took pride in various crafts and DIY projects around the house. She was an avid supporter of the Minnesota Twins and Vikings, as well as the North Dakota State Bison. Juanita found joy in her collection of Precious Moments and Snow Baby figurines. Always among her grandchildren’s most passionate fans, Juanita lived for going to games and cheering on her favorite players. Family gatherings and holidays always held a special place in Juanita’s heart as she had a talent for making those events memorable for all that were involved. She had a great sense of humor and a huge heart. Juanita was a true helper, always aiding those in need. Juanita is survived by her children: Cheryl Ervin, Paula Ervin, Christopher (Kylee) Buchanan, and Michael (Angie) Kreider. Her brothers: Volley Louderback, Tom Louderback, and Daryl Louderback. Her Sisters: Lois Piepgras , Eva Deselms, and Janice Even. Her Grandchildren: Kerry Werch, Laura Werch, Kloe Lorenzen, Callum Buchanan, and Gabriel Buchanan, Kaylynn Kreider, Ashlynn Kreider, Austin Kreider. Juanita married her husband Glen Kreider on May 1996, and was his primary caretaker for the last 5 years until his death on September 12, 2021. She was also preceded in death by her parents, Troy and Ruby Louderback, and her brothers Sam Louderback, Glen Louderback, and Troy Louderback. There will be a joint funeral service for Juanita and Glen Kreider on Saturday October, 30th at Boulger funeral home. Visitation will begin at 5pm and memorial services will be officiated by family friend James Mulvihill at 6pm.