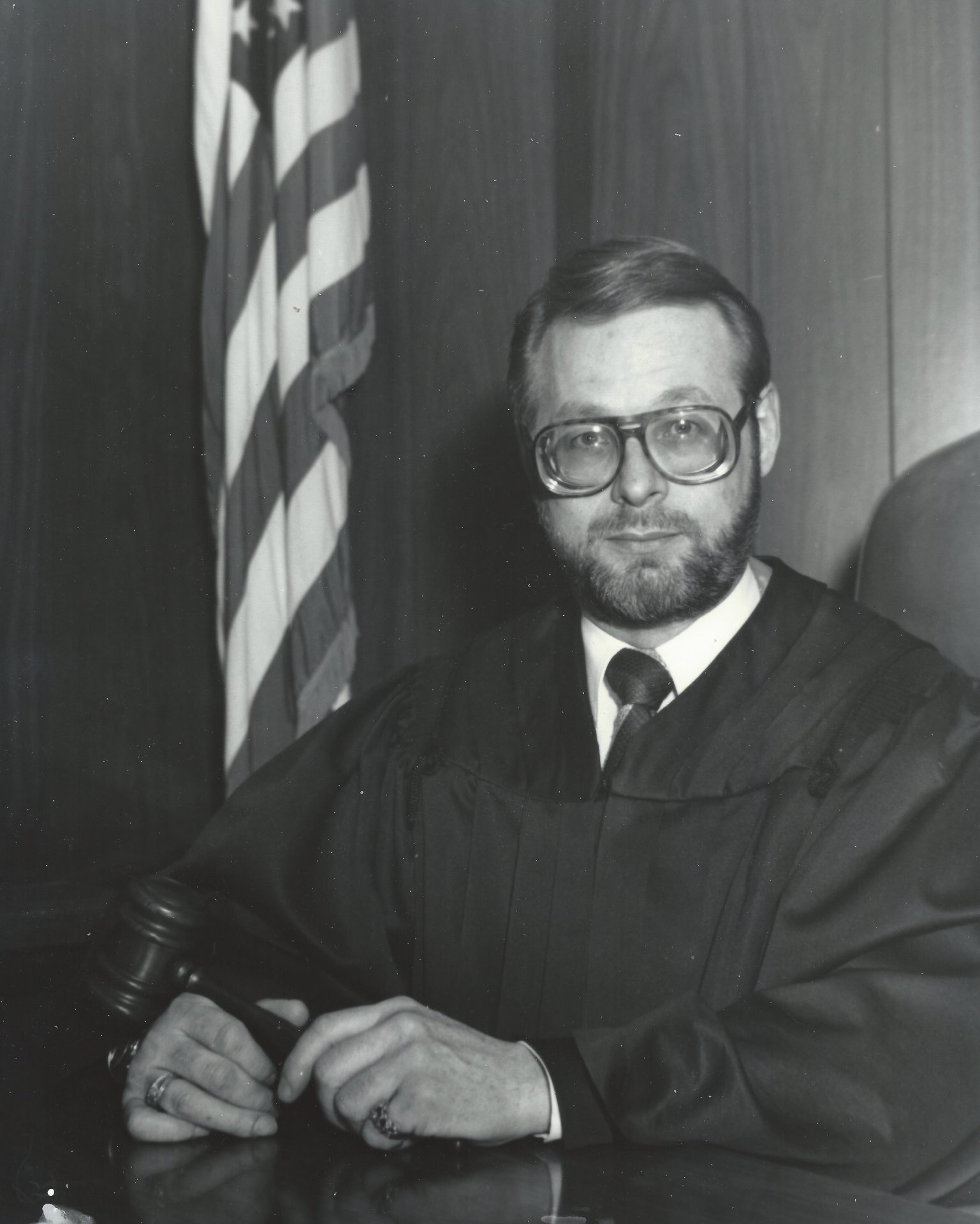 Judge Michael's Sharing of Memories will be live streamed starting at 1:45 PM: https://vimeo.com/event/2108176 Judge Michael O. McGuire, age 81, of Fargo, ND passed away Thursday, April 28, 2022 at Sanford Medical Center in Fargo, ND. Michael Owens McGuire was born on March, 21, 1941 in Bismarck, ND, the son of Milliard and Edith McGuire. The family moved around the area before settling in Fargo. Michael was united in marriage to Linda McGuire (Lein) on September, 20, 1967 at Messiah Lutheran Church in Fargo, ND. They have two children, Steven and Shannon. Michael graduated from Fargo Central High School in 1959. After high school, he served two years with the US Army. His specialty was in telecommunications. He was honorably discharged in 1961. Michael continued his education at Moorhead State University majoring in Psychology and graduating in 1967. He went on to earn his law degree at the University of North Dakota in 1971. Michael served in the Air National Guard as a military policeman during his college years. He furthered his education at the National Judicial College at the University of Nevada, Reno in 1979. After law school, Michael opened a law office in 1972 and specialized as a criminal defense attorney. Michael was elected to office as a Cass County Judge in 1978 and subsequently appointed District Judge of the East Central Judicial District in 1979. His many accomplishments over the years include contributing to law journals, helping found the first halfway house in North Dakota, serving on the board of directors of the Fargo Youth Commission, and instituting an after hours small clams court. Michael had the honor of sitting in on the North Dakota Supreme Court on several occasions. Michael was involved in many different activities. He appreciated classic cars, collecting and restoring some of his own. He was a black belt in Tae Kwon Do. Michael took his vacations yearly to drive for Keuhl Brothers farms during the sugar beet harvest. In retirement, he bought a sailboat and enjoyed time at Detroit Lakes. He was a proud grandfather and attended every sporting event, recital, or achievement ceremony he could. Michael was preceded in death by his wife, Linda in 2018. He is survived by his children Steven McGuire, Fargo, and Shannon (McGuire) Burm, Fargo and grandchildren Madison Burm (19) and Brock Burm (16). He is also survived by his sister Patricia (Jay) Anderson, Georgetown, TX, nephew Tony, and nieces Randi and JoDee. Visitation will be held at 1:00pm on Wednesday, May 11 followed by a Celebration of Life at 2:00pm at Boulger Funeral Home.