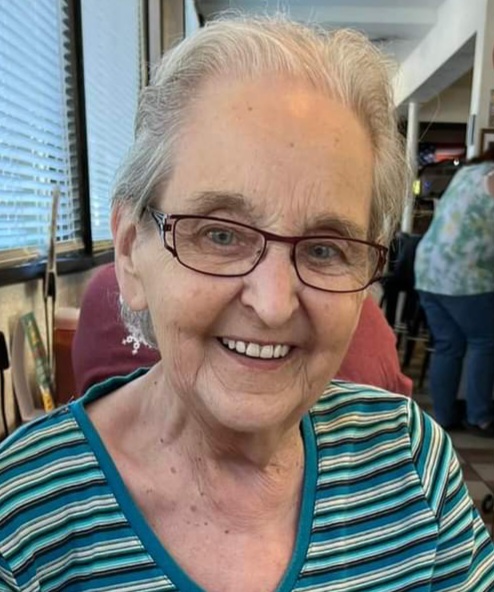 Judith A. Hayes passed away on Saturday, January 14, 2023 at Sanford Hospital in Fargo, ND. She is a resident of Watertown, SD.

Judy was born August 30, 1942 in Warren, MN to parents Clarence William and Helen Elaine (Deschane) Halverson. She attended rural grade school until the family moved to Crookston, MN. There she graduated from Cathedral High School in 1960. She went on to attend U of MN earning a degree in HRI (Hotel, Restaurant, and Institutional) Management. While attending college, Judy met, and married Everett Flynn and they had one daughter. They were later divorced.

Judy’s 45 years of working in restaurants led her across both Minnesota and North Dakota. In 1977, she took an opportunity to be part of building / managing, from the ground up, the High Chapparal restaurant & bar in Beulah, ND. Three years later she moved to West Fargo, ND and began working at Embers restaurant in Fargo, ND. There she met many wonderful co-workers who became close friends and extended family.

It was with these friends that Judy became part of Crafty Ladies. For 10 years Judy, along with 6 others, displayed and sold hand-made crafts and other projects across the tri-state area at local and regional craft shows.

In 2000, Judy moved to Watertown, SD and went back to working at a hotel as a night auditor. Shortly after, she found what she considered to be the perfect job for her. She started at Dutch Boy convenience store and car wash in 2001 and worked there until she retired in early 2022.

It is at Judy’s request that there will be no Funeral or Memorial service. However, the family is planning a Remembrance ceremony in the spring in Watertown, SD.