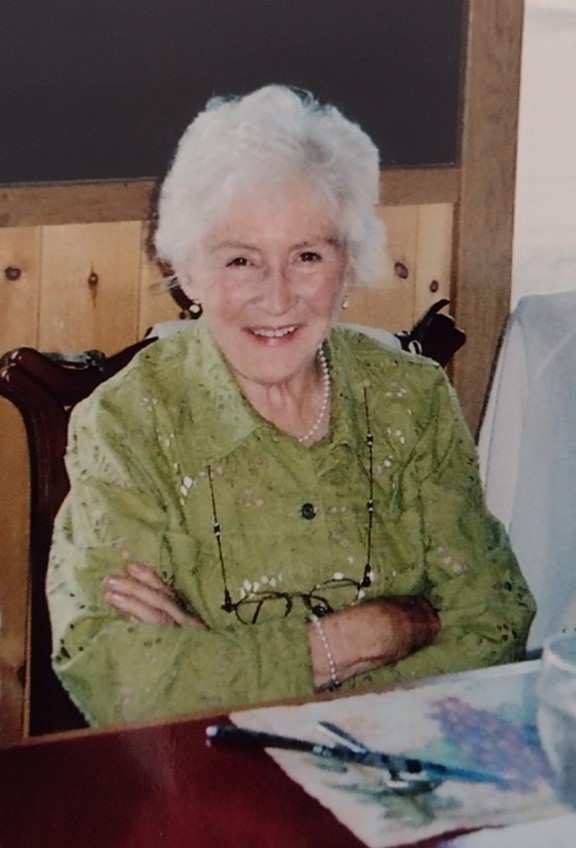 Katherine was born in Duluth, MN on Sept 20, 1926 and reared in a multi-generational household, which included her Grandmother Kit (Katherine S Lister), Uncle Franklin (Lister), parents Gladys L and I Richard Bye, and brother Dick (Richard L Bye). She was proud to acknowledge that throughout her childhood and the war years all the women in her family held jobs, which contributed to the household’s livelihood.

Katherine graduated from Denfeld High School in 1944 and went on to attend the University of Minnesota, Minneapolis, where she pursued her passion for speech and the theater arts, becoming a lead actress in the noted drama department headed by Robert Moulton. Among her many roles, she received the University of Minnesota Senior Acting Award for her role as Lady Macbeth in 1948, along with recognition throughout the Twin Cities. She went on to earn a Master’s Degree in Theater Arts.

Katherine married Vincent R Murphy in August, 1948, and moved to Felton, MN, site of the Murphy family farm, where she taught high school at the Felton Consolidated School in 1948 and 1949. Vincent and Katherine moved on for a brief sojourn in Hibbing, MN in 1950-51, where they welcomed their first-born, Timothy.

From 1951 on, a period spanning seven decades, Katherine resided in Fargo-Moorhead, where, as an educator, administrator and board member, she was a pillar of the cultural community. She taught in the speech and communications departments of both Concordia College and Moorhead State, specializing in creative drama. She graced the stage at the Fargo/Moorhead Community Theatre over many decades enjoying notable last roles in On Golden Pond (1982) and Blithe Spirit (1983). She served as 3-term Chair of the Minnesota State Arts Board from 1982-85. She then became Director of the Moorhead State University Performing Arts Series, and was especially proud to champion world-class female artists, such as concert pianist Alicia de Larrocha, Scottish vocalist Jean Redpath, and actress Claire Bloom. Katherine also served on the Board of Arts Midwest, Minneapolis, as President of the Fargo-Moorhead Junior League, and as a longtime member of Chapter O-PEO and the Fine Arts Club of Fargo.

Katherine enjoyed reading, swimming, skiing, collecting regional art, genealogy research, needlework, bridge, and extensive travel throughout Europe, Asia, Tibet, Mexico, the United States and Canada. She had a flair for beautiful clothing and design. She loved the earth, its soil, trees, rivers, lakes, oceans, mountains and skies. Her final weekend, before succumbing to a stroke, was spent listening to loons and watching wild swans at the Murphy cabin, summer residence since 1955, on Floyd Lake Point.

In 2020 at the age of ninety-three, Katherine’s personal trainer in Scottsdale, AZ, where she wintered for some thirty years, asked her what her favorite role had been. “Raising her six children” was her unequivocal response. She is survived by Claudia, Ann, James, Mary, and Margaret (Molly) Murphy, (Timothy deceased); their spouses, John Rowell, Mark Rosenzweig, Meg Nei, Skip Jones, Greg Rigdon; her five grandchildren Jesse & Matthew Jones, Sean Gunner, Hugh & Claire Rigdon; and her sister-in-law, Janet Bye.

Katherine kept a photo of herself, age ten, ready to head off to girl-scout camp, on her dresser throughout her adult life — a reminder to always be prepared for that next, big adventure.

Katherine’s Video Tribute can be viewed below:

The family greatly appreciates donations made to these charities in Katherine Bye Murphy 's name.