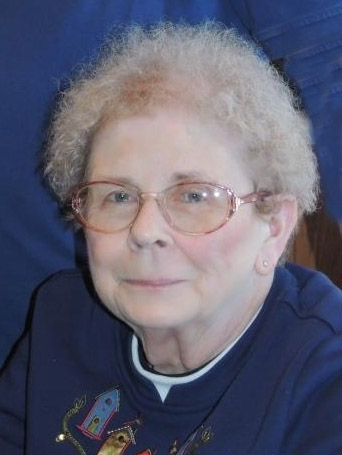 Kathleen’s service will be livestreamed below starting at 7 PM Monday, June 27, 2022.

Kathleen “Kathy” Gunstenson, 81, died June 22, 2022 peacefully with her family by her side under the care of Hospice of the Red River Valley.
Kathy was born May 26, 1941 in Fargo, ND and grew up in Grand Forks with her parents, Sy and Dorothy Cox. She attended school in Grand Forks, graduating from Grand Forks Central in 1959. She started her working career with the Grand Forks Herald and later worked at the Moorhead Credit Union where she retired after 28 years.
Kathy married Thomas “Woody” Gunstenson in March of 1962 and they had 3 children. She married Roger Beardsley on March 13, 1992, celebrating 30 years this past March.
Kathy enjoyed reading, watching the turkeys in her backyard, her dogs, and spending time with her family. She will be missed by all.
Kathy is survived by her husband, Roger; son, Jason and his children Tara (Scott) and Megan; daughter, Kristen (Shane) Haphey and their children Sterling and Kacy; brother, Jack (Betty) Cox.; and her dog, Sara.
She was preceded in death by her parents; son, Mark; sisters, Mary Lou Nagel and Catherine Brey-Marler and brother, Bill Cox.