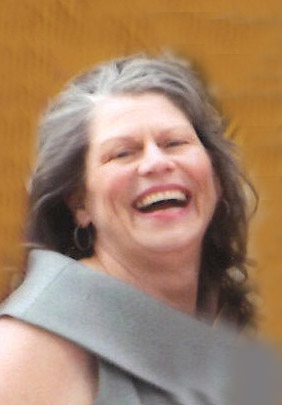 Kim Marie (Nelson) Eisenbeis, returned to her heavenly home on January 17, 2020 after complications from a newly diagnosed rare form of Parkinsons called Corticobasal Degeneration. Her devotion to her family and her firm belief in God supported her in her struggle and ultimately gave her peace. Kim was born to the late Bill and Grayce (Dougherty) Nelson in Huron, South Dakota on August 29th 1952. She was immersed in the Catholic community that would be her lifelong support from an early age. Kim graduated from Shanley High School in 1970 and went on to attend North Dakota State University until she found a career at First National Bank now known as Wells Fargo, there she met Jay Eisenbeis. The two fell in love and were married in Fargo on September 8th, 1979. Kim was blessed with a large and loving family and became a homemaker after her second daughter was born. Kim raised her four children with patience, love, and faith. She also provided in home care for several of her nieces and nephews. Kim’s house was never empty and her lap was always full. Kim was a musician, singing in school choir, church choirs, and other groups such as Gospel Voices which was led by her sister and brother in law Abby and Tony Rheault. Music brought Kim joy, peace, and a sense of community. She enjoyed sacred music as well as popular music, especially The Beatles. She was a self proclaimed “Fab Four Lover”. Kim was an artist at heart, creating beautiful artwork, cards, Christmas ornaments, and jewelry. She was kind, soft-spoken, a phenomenal listener, and a champion of peace and mental health awareness, acceptance and advancements. Kim is dearly missed by her loved ones, who celebrate the fact that she is at peace. Kim is survived by her husband, Jay; her daughters Alison (Dan) Gerwood, Emily (Nathan) Schultz, Eve (Nathan) Schleicher and Jane (Mickey) Karczeuski; her grandchildren Liam and Ethan Gerwood, Eloise, Bethie, and June Schultz, Vera and Celia Schleicher; brothers Pat Nelson, Peter (Ellen Dona) Nelson, and sister Abby (Tony) Rheault and many loved brother in laws, sister in laws, nieces, nephews, and great nieces and nephews. She is preceded in death by her parents Bill and Grayce, sisters Beth, Mary, and Margaret, and brother Mike. A visitation will be held Tuesday, January 21st, 2020 from 5:00-7:00 PM followed by a Prayer Service at 7:00PM at Boulger Funeral Home. A funeral mass for Kim will be Wednesday, January 22nd, 2020 at St. Anthony of Padua Catholic Church in Fargo at 11:00am. In lieu of monetary donations Kim specifically asked friends, family, and well wishers to please consider donating to a mental health organization or the Arthritis Foundation.