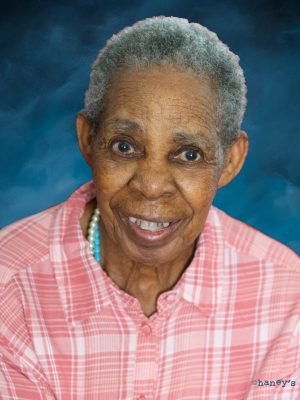 Kosiriya Barasokoroza was born on January 1st, 1941, in Burundi to her father Hilary Mvuyekure and her mother Ephraise Niyoyankana. As for her education she went from elementary through the end of middle school, K-8th grade. Kosiriya was united in marriage to Michael Mukeme in 1955, Michael sadly died from COPD in 1999. For most of her life she lived in Burundi, Africa. She left Burundi to Rwanda where she became a resident in 1972, while there was an ethnic war. She fled from Rwanda to a neighboring country and stayed there with her family until 1994. While Rwanda faced genocide she fled to Tanzania in a refugee camp of Lukole until February 5, 2008 when she came to America. She first lived in Fargo, North Dakota then Texas, then later moved back to Fargo. When she came back she had a wish which Caliton and Honoree (son, daughter-in-law) granted. The wish was that she would die in the comfort of their home surrounded with them. Even though they had some bad days, with the help of God they fulfilled her wish on Divine Mercy Sunday at 2:15 PM. For work she was in the agriculture and farming industry. Kosiriya was a very religious person. She was a member of St. Mary’s Cathedral Catholic Church. She enjoyed praying, especially the rosary. As for her other hobbies and interests, she enjoyed doing farm work and helping with plants. She also loved being outside. She loved kids and was very good with them. Kosiriya was a reader- she especially enjoyed prayer books and saint books. Lastly, it was always fun to be around her. There was never a dull moment with Kosiriya around. She was funny and just lit up the whole room with her smile. She was also a jokester! She made funny jokes and claims which made you never want to stop talking to her. But most of all she was a very kind, loving, and patient person. Kosiriya was married to Michael Mukeme, they had 11 children including one miscarriage. Her oldest was Gahungu Laurent then following was a set of twins but only one made it and her name is Marie Gorrette following her was another girl Adelaida Ciza. Her fourth child was Deniza Nkurikiye, then another girl Illuminatta Ndayishimiye who sadly passed away, after her was Meneliva Nahimana then came Geletrude who also passed away. She had three kids after that which included Veronique Niyindokoye, Caliton Ntahompagaze, and Julien Ndayisaba, and one miscarriage. She grew up with both of her parents. She has a huge family including 45 grandkids and 40 great-grandkids. Kosiriya was surrounded by many friends including Marcelina, Consolata, Marina, Frieda, Rosaria. Sadly, on April 24th, 2022, Kosiriya died due to accident vascular dementia and COPD. She died at the age of 81 in the comfort of her home. At the time of her death, she was surrounded by 6 of her grandchildren, her daughter-in-law and her two kids, Meneliva and Caliton. During this time the family was assisted by hospice and many others which was very helpful and beneficial. Kosiriya was loved by many people and will be missed and never forgotten. May her beautiful soul rest in peace. Cathedral of St Mary:619 7th St N, Fargo, ND 58102 Holy Cross North Cemetery: 1502 32nd Ave N, Fargo, ND 58102