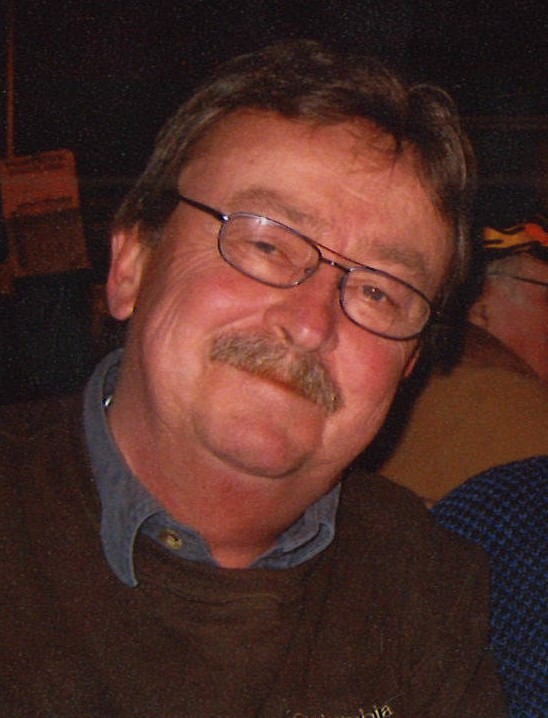 Lanny Gene Larson, 71, of Fargo, died Sunday, February 20, 2022, at Sanford Hospital. Lanny was born April 20, 1950, to Ellsworth and Loraine Larson, in Montevideo, MN. In 1956 the family moved to Moorhead. Lanny graduated from Moorhead High School and started working for Bell Systems, now known as Qwest Communications as a lineman. He worked for them for over 40 years until his retirement. Lanny was a very social and spent a lot of time with his work buddies and friends at the local Teamsters and Amvets in Fargo. Lanny married Sandy Nelson in 1969. They had 1 daughter. He married Janet Hokanson in 1975. They had 3 children. He married Becky Cossette in 2007. After the teamsters, he became a member of the Amvets. He was also a member of the Union. He was a hard worker and very proud of being a lineman. Even in his last days of life he would talk about and brag that he was a lineman and the hard work that they did. Lanny had a great sense of humor and was always telling jokes. Lanny had many great close friends. Three of his best friends that he shared most of his life and great memories with were Lyle Ramussen, AZ, Tim Tyler, WY, and Jeff Shearer, Fargo. Lanny and Lyle had been friends since the 7th grade. The four of them were there throughout the good and hard times, watched each other’s families grow. They were there for each other during the milestones of life. Lanny enjoyed golfing, having a ‘bump” with friends at the local bars, watching the NDSU Bison and the FM Redhawks, fishing at the lakes, the mountains and nature of Wyoming with friends, woodwork and building planters. He enjoyed singing Karaoke at the Teamsters of Fargo, North to Alaska by Johnny Horton was one of his favorites to sing. Lanny is survived by his daughters, Darcy (Cameron) Ihrke, Owatonna, MN, and Carrie (Josh) Larson of Barney, ND, and his son, Justin Larson, Fargo, ND. Three grandchildren, Christine (Shannon) Sletten, Medford, MN. Mason Ihrke, Owatonna, MN and one great granddaughter, Charlie Sletten, and his brother, Jay Larson, Flagstaff, AZ. He is preceded in death by his parents Ellsworth and Loraine Larson, sisters, Marine Johnson, and Deanna Nordling. The funeral will be at 2:00 Saturday March 5, 2022, with a social hour starting at 1:00, at Boulger Funeral Home and Celebration of Life Center, Fargo. In Lieu of flowers, family request memorials to Homeward Animal Shelter, www.homewardonline.org. Arrangements have been entrusted to the care of Boulger Funeral Home and Celebration of Life Center in Fargo. To sign the online guest book, please visit our website at www.boulgerfuneralhome.com