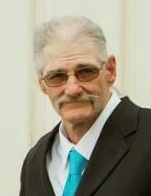 Larry Schroeder, 66, Dilworth, MN, passed away on Friday, December 9th, 2022, at Fargo VA Medical Center in Fargo, ND, surrounded by the love of his wife and family. Larry Gene Schroeder was born in Deadwood, SD on October 6th, 1956. He was the son of Leola and Marvin Schroeder. Larry married his loving wife, Rene, on August 18th, 1997.

Larry served in The United States Army as a Light Armored Reconnaissance stationed at Fort Hood, Texas from 1976-1979 with a 1st Armor Company, 9th Cavalry Battalion, and 1st Cavalry Division. For his service, Larry received a Calvary Badge and Army Achievement Medal.

As a man who lived by simple means, Larry was a stout believer in family values that were at the core of his heart. Honor, devotion, loyalty, and honest effort were to be expected and never compromised. Love was Larry’s defining character trait, and he did so in his own unique way. This can be seen in the actions of all his children, stepchildren, and grandchildren.

Larry is remembered for his love of being surrounded by his family. He had a knack for making holidays special and was the gathering place for everyone to come together and celebrate. Larry and his wife, Rene, enjoyed taking long car trips to site-see together, where his eyes would light up with excitement. Music and movies were a love he passed down to his children, with fond memories of movie nights and listening to a new album release. Over the years, Larry enjoyed fishing, camping, and being outdoors. He was a die-hard Minnesota Vikings fan and never missed a game. Larry will be deeply missed for his love, endless stories, dry humor, and wit.

A memorial service will be held in the late Spring to celebrate the life and legacy of Larry.