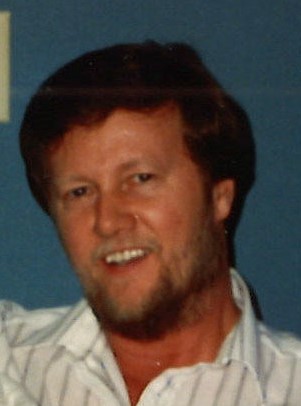 Larry was born and raised in Walcott, ND where he spent the majority of his childhood, being raised by a Grandma he adored. At 19, Larry was united in marriage to Donna Restad and they had two Daughters, Pam in 1967 and Angie in 1970. After marriage, Larry enlisted in the US Air Force where he was stationed in Rapid City, South Dakota. He always talked fondly of his time there. Larry worked as a mechanic in his younger years and eventually decided to open his own business. After 30 years of owning and operating Larry’s RV Sales in Moorhead, alongside his wife Donna, it was time to retire and find some time for himself. He enjoyed cooking, playing guitar (in many different bands over the years), car shows, traveling, casino trips and spending time with brothers he greatly admired. After retirement, Larry eventually moved to Sabin, where he united in marriage to Bridget Dickelman. After leaving Sabin, Larry moved to Moorhead until his passing.

Dad had the driest but funniest sense of humor, even up until the end. Dad was a giving man with a kind heart, a hard worker and a wonderful provider. He enjoyed the good life, and sacrificed a lot of that life so others could have what they needed. Dad loved a cup of strong coffee and a maple donut for breakfast, he loved a good prime rib and his chosen dessert would be a brownie, with frosting thicker than brownie.
Larry’s lasting legacy includes: Surviving family members, daughters Pam Graffis-Priem (Marv) Moorhead MN, Angie Duggan, Moorhead MN, 2 Brothers Jerome Graffis (Darlene) of Clare, MI, David Graffis, Moorhead MN, and 3 sisters, Winifred-Abercrombie ND, Phyllis, Fargo ND, Ruth DeNayer, Missouri. Grandchildren Zachary, Mitchell, Jessica, Logan, Taylor, James and Austin, 13 Great-Grandchildren and countless other family members and treasured friends. Gone before him – Wife, Donna Graffis and his beloved Brother James Graffis, who both left an enormous void in his life after their passing 5 years ago.

Dad – no more sorrow, no more worry. The time has come for rest which you so greatly deserve, to embellish the pain free beauty of your life now, for your dreams to become reality and for you to be reunited with those you loved so dearly who passed before you. Unselfishly, I want all of this for you – enough to let you go, just for now. You will be missed every second of every day and with every single step and breath I take.

Special thanks to the VA Hospital Staff and the VA Hospice Care Team. Dad left this world with dignity and on his terms, which is just exactly what he would have wanted. Fly High Dad and keep your music loud. What a beautiful reunion it will be. Until then……….