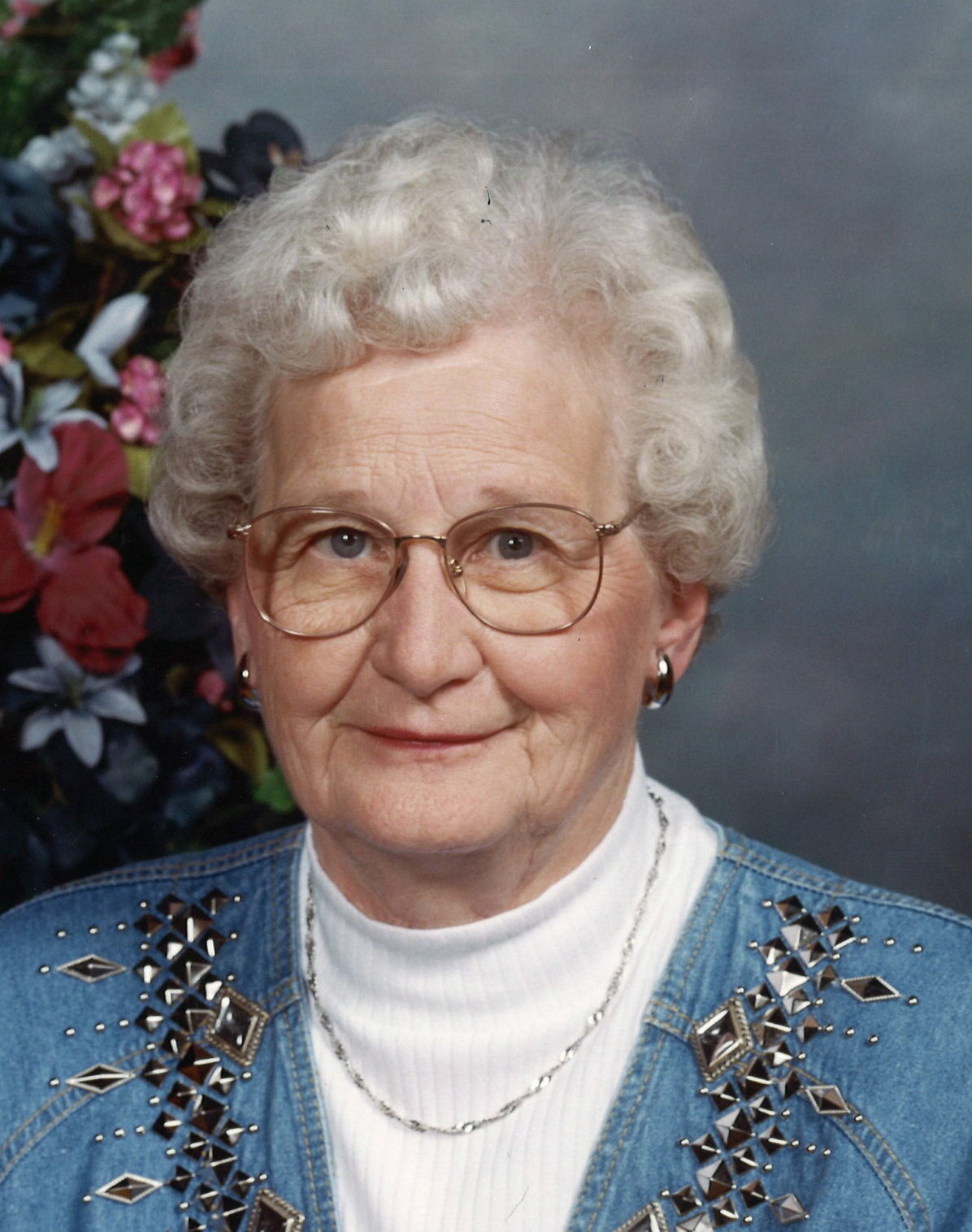 Leona was born April 20, 1924 to Earl and Lida (Jensen) Marine at home on the family farm near Wyndmere, ND. She grew up with 3 brothers, graduating from Wyndmere High School in 1942. Leona attended Valley City State Teachers College for one year to receive her teaching certificate. She taught in a country school near Wyndmere for the 1943-44 school year and then moved to Fargo.

Leona worked for Grant Photo Co. as a photographer and manager for 3 years. During that time, she met Wilfred (Willy) Holtgard of Fargo who had returned from serving in WWII. Leona and Willy were married in the Wyndmere Methodist Church September 21, 1946. They made their home in north Moorhead along the Red River all their married life. Willy died on August 27, 1996.

Leona was a homemaker until their sons David and Joel were in school. She began working at Reserve Supply Co. as a bookkeeper/secretary where she remained for many years. The family were members of Hope Lutheran Church in north Fargo where Leona was active in the women’s circles and later as a Stephen Minister. She was a wonderful cook and baker, and the coffee pot was always on for friends to stop by. With Willy, they grew a huge garden, which in later years, surpassed 300 tomato plants, all grown from seed. They raised all kinds of vegetables which Leona preserved by canning or freezing. In later years, they had a roadside stand in front of their home which became infamous for their wonderful produce. Al-Anon was very important to her for many years where she had cherished friends. Leona was also an accomplished seamstress, sewing for herself and later for her grandchildren when she put her Serger sewing machine to very good use. Leona was an avid reader which continued until shortly before her death.

Leona was preceded in death by her husband, Wilfred, son, Joel in 2021 and brothers, Donald Marine, Robert Marine, and Ted Marine.

Visitation will take place from 9:00-10:00 AM followed by a memorial service at 10:00 AM Tuesday, December 20, 2022 at Boulger Funeral Home and Celebration of Life Center, Fargo.

A special thanks to Bethany on 42nd Retirement Living and Ethos Hospice for their wonderful care during the past 2+ years.