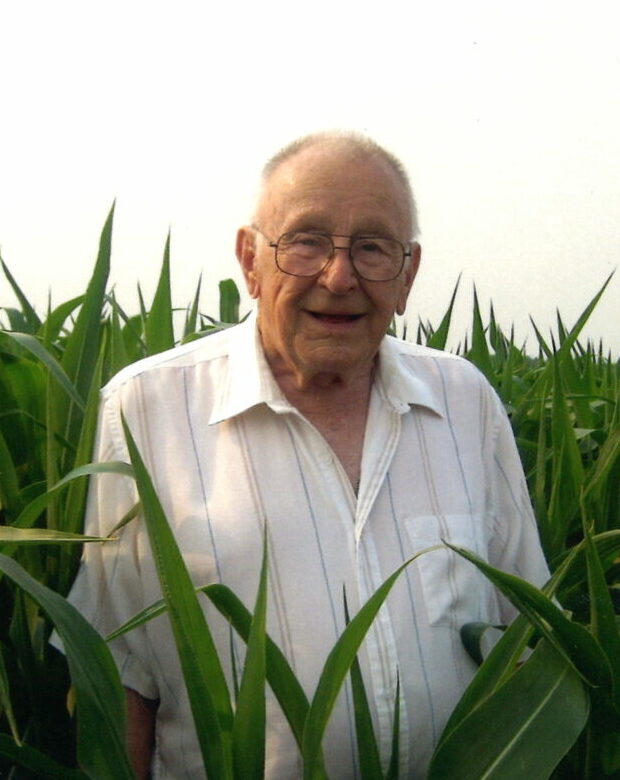 LeRoy Allen Schneider, 90, of Verona ND died September 18th, 2022 at Essentia Health Hospital in Fargo, ND after succumbing to a short illness. He was surrounded by his close family members.

LeRoy was born May 1st, 1932 in Lisbon, ND to Frank and Bertha Schneider. At the age of 16 he graduated Lisbon High School and joined the Army shortly after where he served our country during the Korean war during 1950.

Following the war, he went back to the family farm where he met and later married his wife Shera Kay Schneider. On the farm he cared for crops as well as livestock. The couple later adopted two children, Robin and Hali. He loved both of his children and being a part of their lives.

LeRoy loved going on walks with his companion dog Emmy, going to any NDSU Bison sporting events, and talking about politics and farming. He loved visiting with everyone he met. He always enjoyed sharing stories and having debates.

LeRoy was proceeded by his two children Robin Schneider and Hali Schneider. As well as his parents Frank and Bertha Schneider and sister Vivian.

There will be a prayer service to celebrate LeRoy, Wednesday September 21st at Fredrikson Boulger Funeral Chapel in Kindred ND with visitation from 5-7 pm and the service starting at 7.

There will also be a funeral service to honor LeRoy, Thursday September 22nd at the Kindred Lutheran Church with visitation starting at 1 with the service following at 2 pm.

LeRoy will be put to rest at the Oakwood Cemetery in Lisbon, ND.

We would like to thank the Essentia Health care team for taking care of LeRoy during his final hours, as well as the Fargo VA Medical Center for the decades of care they offered.

LeRoy was loved by his community and had amazing neighbors and friends who helped him live a full and happy life. We thank you all for the love you shared.