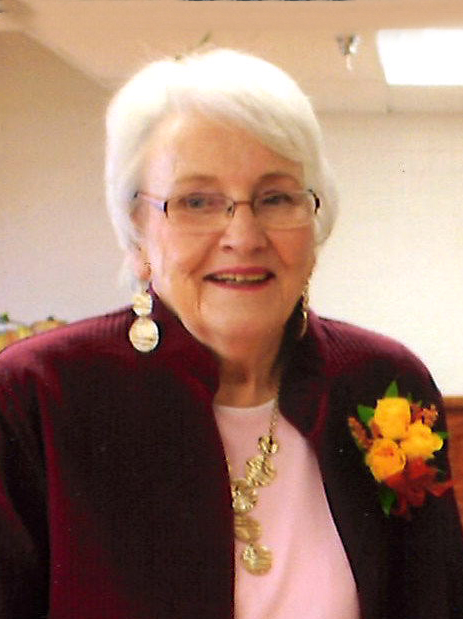 Lois Dawn Ramhurst Ballmann passed away on Wednesday, October 31, 2018 at Bethany Nursing Home in Fargo, ND. She had been under hospice care through Hospice of the Red River Valley. Lois Dawn was born Joan Callahan on November 19, 1935 in Somerville, MA to Helen L. Callahan. At nine months of age, she was adopted and raised by Arthur Edward and Helen Veronica (Halloran) Ramhurst in Montclair, NJ. Dawn graduated from the Kimberley Academy in Montclair and went on to Green Mountain College in Poultney, VT, graduating with an Associate of Science Degree in 1956. She then attended Columbia University in New York and graduated in 1959 with a Bachelor of Nursing Degree. After graduation, Dawn pursued her nursing career in Boston, MA at Peter Bent Brigham Hospital (now known as Brigham and Women’s Hospital) and also traveled extensively throughout Europe. In 1959 while in London, she met her future husband, Everett Ballmann. They were married in Essex Fells, NJ on July 9, 1965. They moved to Denver, CO where she continued her nursing career at Beth Israel Hospital in the surgery department and he completed his graduate studies. Their two daughters, Ann and Laura, were born while living in Denver. In 1968 the family moved to Minot, ND when Everett accepted a teaching position at Minot State University. Dawn worked at the First District Health Unit as a Public Health Nurse, she worked for 15 years at Trinity Hospital, and taught at MSU for one year. She was a member of the American Nurses Association and was a recipient of the NDNA Outstanding Gerontological Nurse Award. She was an active member of Little Flower Catholic Church for over 30 years. In 1999 she retired from nursing after 40 years. In August of 2002, Everett and Dawn moved to Fargo, ND to Riverview Place. While there, she was actively involved in the Giving + Learning Program and the Presentation Associates. She continued her travels with trips to Medjugorje, Yugoslavia in 1992 and Ireland in 2001. Dawn was very devout in her faith. She attended mass regularly and assisted whenever she could. She was very sociable and enjoyed discussing politics, playing cards, reading, and watching football, especially Notre Dame and the New England Patriots. She especially enjoyed spending time with her children, grandchildren, and her many good friends. Dawn is preceded in death by her parents; one brother, Donald Ramhurst; sister-in-law, Ruth Keller Ramhurst; one nephew, Arthur Ramhurst, and her husband, Everett. She is survived by her daughters Ann Grumann (Scott) Colorado Springs, CO; and Laura Thibert (Rick), Fargo, ND; grandchildren Emily Grumann, Eric Thibert and Matthew Thibert. Visitation will be Friday, November 2 at Riverview Place, 5300 12th Avenue South, Fargo beginning at 6:00 p.m. with a prayer service at 7:00. Funeral service will be Saturday, November 3 at the Sisters of the Presentation, 1101 32nd Avenue South, Fargo at 10:30 a.m. followed by burial at Holy Cross Cemetery South. Lunch will be served following the burial. Her family would like to thank the wonderful and caring staff at Bethany on 42nd, the Hospice of the Red River Valley, and the Sisters of the Presentation.