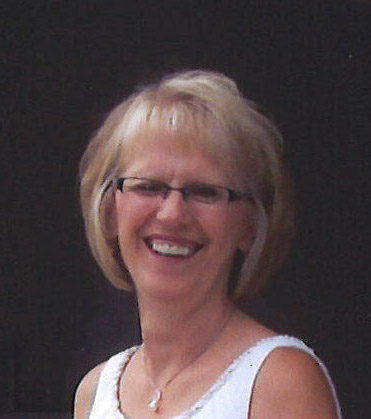 Always one to greet you with a smile, Lonni Jenson Hayden, a loving wife, mother,grandmother, sister, and friend, passed away peacefully on December 26, 2018, surrounded by her family. Her German heritage showed through in her 8 ½ month battle with brain cancer. Lonni was born to Robert and Virginia (Stange) Jenson in Fargo, ND on October 26, 1951. She graduated from Fargo South High School in 1969 and continued her schooling at Dakota Business College. Upon graduation from college, she was employed at Shirley Ohnstad, Twin City Construction and began her 37 year career at FM Forklift in 1981, where she worked up to the time of her cancer diagnosis. Lonni was blessed with 3 children that adored her, Jenae, Stacey, and Jon, through her marriage to Larry Iverson in August 1972. Lonni met Warren Hayden later in life and married in August 2010. They enjoyed lake life, casino trips, watching survivor and just plain having fun. They loved each other dearly. Lonni had a zest for life and strength that no one could challenge. Though we already miss her so much, we are comforted with the fact that she is in heaven, pain free and at peace. Lonni is survived by her husband, Warren; children, Jenae (Marvin) Sitter, Stacey (Sam) Fett, and Jon (Kelsey Gordon); granddaughters Peyton Sitter, Sydney Fett, and Sophia Fett; step children Chad (Missy) Hayden and Jason Hayden; step grandchildren Jacob, Josie, Dalton and Jody; sisters, Bobbi/Lulu (Terry) Rehder, and Sandy(Moon) Smulders; many brother and sisters-in-law; many aunts, uncles, nieces, nephews, great nieces and nephews, and many friends. Last but not least, her puppy, Amy. She was preceded in death by her father Robert, mother Virginia, sister VonCeil, step dads Carl Rehder and James Ligda, step mother Glenda Jenson, brother in law Jerry Melton, many aunts, uncles cousins, and her beloved dog Petey. The visitation will be held at Boulger Funeral Home, 123 10th Street South, Fargo, ND on Sunday, December 30, 2018 at 5-7pm with prayer service to start at 7pm. The Celebration of Life will be held at First United Methodist church, 906 1st Avenue South, Fargo, ND on Monday, December 31, 2018 at 11am with visitation starting at 10am.