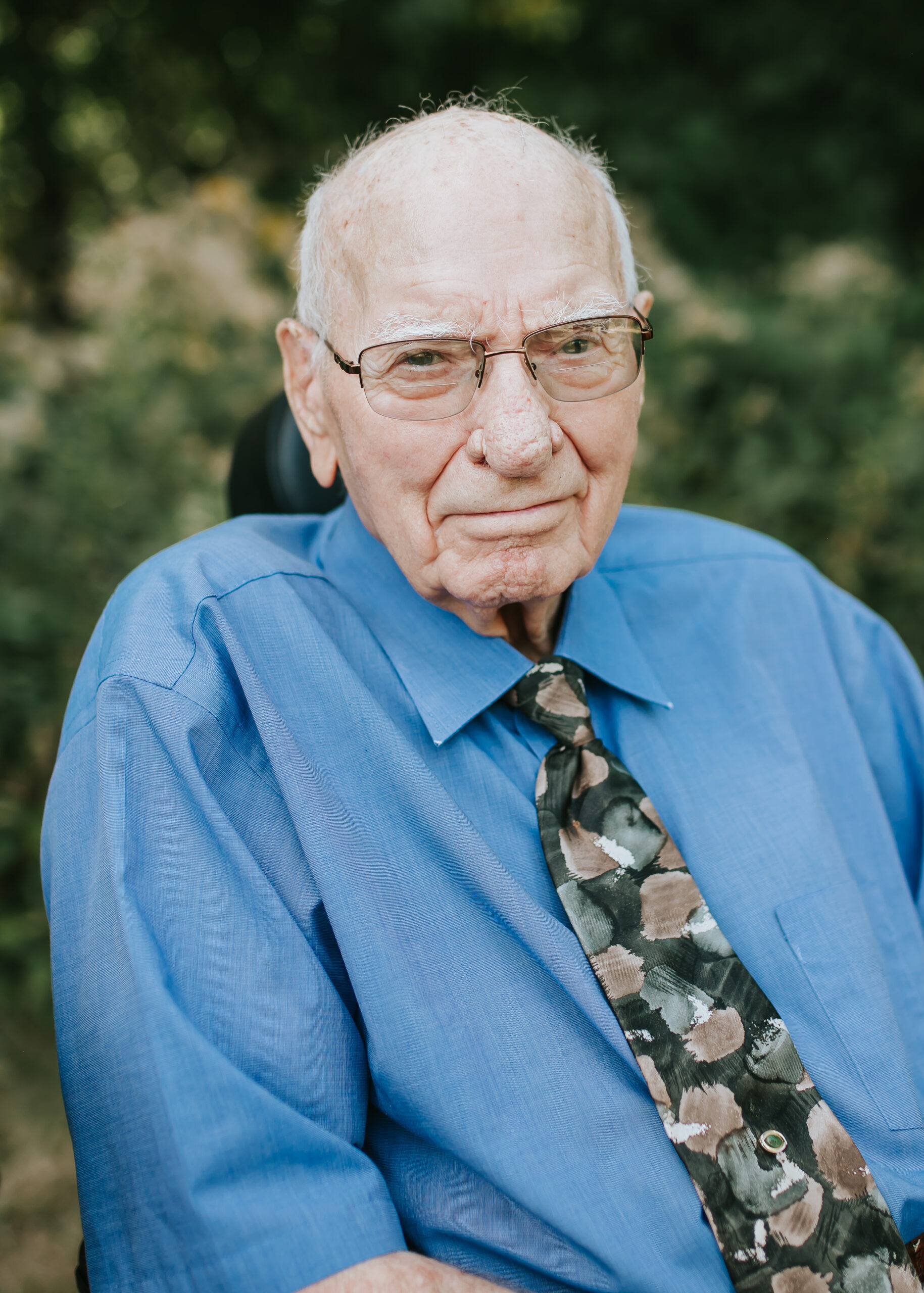 Loyus Phillip “Chuck” Dimmer, resident of Fargo, ND, passed away on August 18th, 2022, at the Veterans Affairs Hospital in Fargo, ND, surrounded by family. He was 96 years old.

Born May 9th, 1926, to Phillip and Rose (Perske) Dimmer in Alice, ND, Chuck grew up and attended school in Alice and Enderlin, ND. He lived on the family farm prior to enlisting in the US Army and Navy Reserves. In the 1940’s, Chuck played drums in the Dimmer brothers’ band and was a member of the Dimmer basketball & baseball teams where he met the love of his life Pat. His love and appetite of pancakes earned him the nickname of “Pancake” among close friends.

On September 26th, 1950, Chuck married Patricia Kensok in Alice, ND. They raised five children—Terrence, Rodney, LaRae, Allen, and Karla. Over the years, Chuck worked as an electrician at Flath in Buffalo, ND, and Holmes Electric in Minot. He worked at the Minot Air Force Base and the Grand Forks Air Force Bases. Later, Chuck became a purchasing agent at Dimco Corporation in West Fargo before moving to Benson, MN, in 1968, where he was employed at Tyler Corporation. In 1972, his family moved to Fargo, where he was a master electrician working for the City of Fargo as an electrical inspector, until his retirement.

Chuck was a member of the Knights of Columbus and the American Legion. He rode motorcycle with the Eagles Escorts. During Chuck’s life he enjoyed many hobbies which included playing cribbage, pinocle, deer hunting, fishing, watching westerns, making holiday sweets like the infamous “Dimmer Chocolate Popcorn”. Not to be forgotten Chuck had a passion for woodworking where he built and restored furniture and toys for anyone and everyone. Chuck was never afraid to try anything, and he mastered everything.

Chuck loved to travel. When his children were young, he took his family on road trips across country, from Florida to California. Later in life after retirement Chuck and Pat enjoyed traveling, cruising the Caribbean, and visiting the Netherlands, Germany, Denmark, and Austria. But some of his happiest moments were spent at the lake with family where he inherited the name “Chainsaw Chuck”.