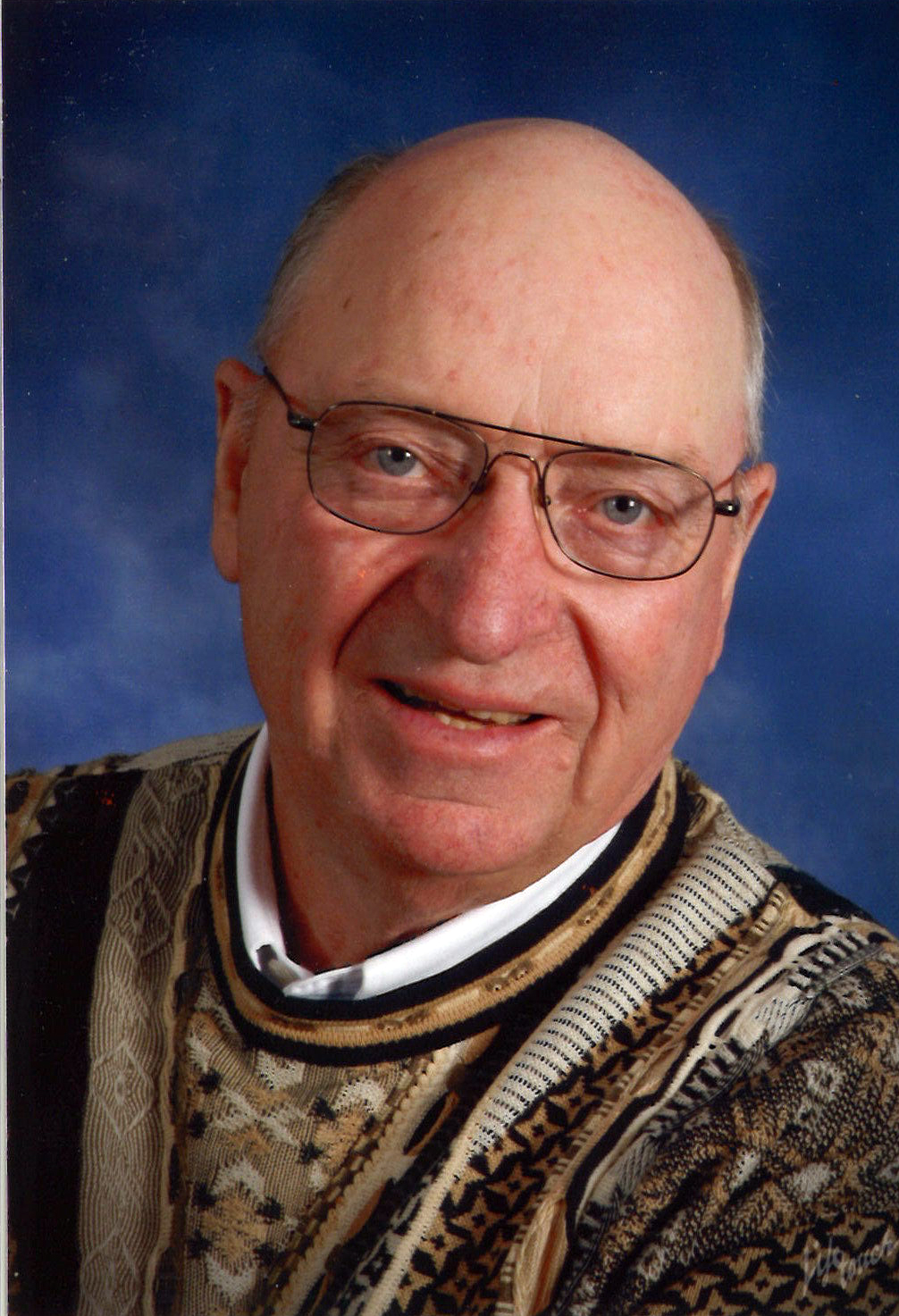 Lyle's Funeral Service can be viewed below: Lyle's Prayer Service can be viewed below: Lyle Francis Bartholomay, 83, West Fargo, ND, died Thursday, November 4, 2021, in his home surrounded by family. Lyle was born March 31, 1938 to Richard and Agnes Bartholomay. He attended school in Wheatland, ND graduating in 1956. In school, he participated in the junior and senior class plays, basketball, football, track, 4-H, and chorus. He continued his education at North Dakota Agriculture College. He was married to Darlene Lembke from 1960-1985, where the couple raised their family on their farm in Wheatland. Farming was his passion, which was evident in the way that he was a good steward of the land and his livestock. He married Cindy Anderson on May 23, 1997. They continued to live on the farm until moving to the Fargo area in 2001. In addition to farming, he worked for American Crystal Sugar, Crary Industries, and Steiger. He was formerly a member of Martin’s Lutheran Church in Casselton. After moving to Fargo, he became an active member of Hope Lutheran Church, where he loved to serve coffee and donuts, as well as being a church greeter, where his outgoing personality shined. He had a smile for everyone that he greeted. He served on the planning committee for the start of West Hope. He was active in several community organizations including the Fraternal Order of Eagles for 52 years, Wheatland Rod and Gun Club where he served as President and Vice President, Wheatland Cemetery Board Member, Casselton Cenex Board Member, Cass County Farmers Union as a Director, and an Old Time Tractor Pulling Association Member. He enjoyed friendly competition by participating in many Old Time Tractor Pulls, and in the 1964 National Plowing Contest. He enjoyed restoring his antique tractors into excellent running condition. He also completely restored his 1960 Thunderbird, which was displayed at local car shows along with his 1966 Dodge Charger. He enjoyed watching NASCAR, playing Mexican train, cards, going on cruises with family and friends, traveling to Acapulco and Cancun, and wintering in Texas. He cherished time spent with family and friends. Family was very important to him and his greatest source of pride. Lyle is survived by his wife, Cindy, daughters; Kim (Cam) Mattson, Brenda (Dave) Ruzella, son; Brad (Debbie) Bartholomay, stepson; Eric (Lisa) Anderson, stepdaughter; Kimberly Ness, grandchildren; Carmen, Carrie, Eric, Kayla, Melissa, Jessica, and Derek, step grandchildren; Chase, Lilyan, Virginia, Ethan, and 17 great grandchildren, brothers; Lynn Bartholomay, whom he had a special relationship with, Richard (Marilyn) Bartholomay, Stan (Faye) Bartholomay, sisters; Carol Simson, Audrey Campbell, sisters-in-law; Carolyn McCarthy, Doreen Ribeiro, brother-in-law; Dennis Ribeiro, his farm family; Kelly and Kim Thompson, and their children, Kayden, Kylie, and Tyler, best friend; Les Brix and many nephews, nieces, cousins and friends. He was preceded in death by his parents; Richard and Agnes Bartholomay, son; Mark Bartholomay, sister-in-law, Kathy Bartholomay, stepson; Brent Anderson and brothers-in-law, Danny Machado, and John McCarthy. Lyle’s family would like to offer their heartfelt gratitude to all his caregivers at Sanford on Broadway in the ICU and 3E, Bethany TCU staff, especially Harlie and Paige for their exceptional loving care. A special thank you to Dr. Parul Gupta, Dr. Mahandra Gupta, Dr. Susan Scarberry; her nurse, Bonnie, all of Hope Lutheran Pastoral Staff, especially Pastor Kevan Smith, HopeCare team, Amanda Roberts, NP, Roger Maris infusion team, and Ethos Hospice. Memorials are preferred to Hope Lutheran Foundation or Great Plains Food Bank. Visitation will be 5-7 p.m. with a prayer service at 7 p.m. on Thursday, November 11, 2021, at Hope Lutheran Church South Campus. The funeral service will be held at 11:00 a.m. with visitation one hour prior on Friday, November 12, at Hope Lutheran South Campus. Arrangements entrusted to the care of Boulger Funeral Home and Celebration of Life Center, Fargo. To sign the online guestbook, go to www.boulgerfuneralhome.com.