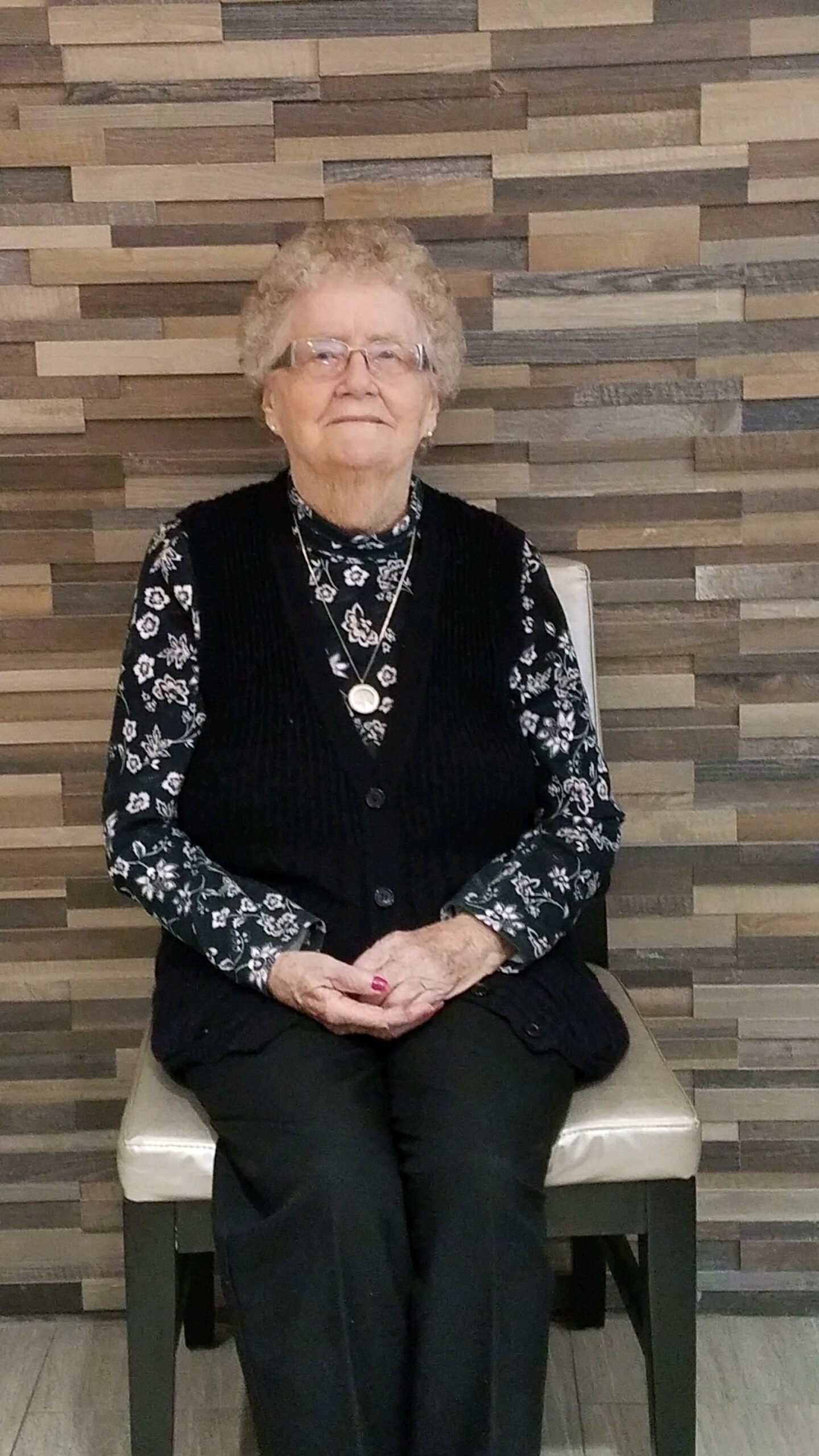 Madelyn’s service will be livestreamed below at 2PM, Friday August 29

Madelyn Ulland of Fargo, ND, went home to be with the Lord on July 24, 2022, at the age of 93. Most of her family was with her that day while she was under the care of St. Catherine’s North, Fargo, ND.

Madelyn Marie Ulland was born June 17, 1929 in Mayville, ND, the daughter of Alma and Ben Workin. She graduated from Galesburg High School, Galesburg, ND, and attended Mayville Normal School to get a teaching certificate. Madelyn taught in a one room schoolhouse for one year until she got married on September 25, 1948, to Hartman Ulland in Galesburg, ND. They were married 57 years before he died in 2005.
Madelyn was a hard-working “farmer’s” wife for years until they sold the farm in1976 and moved to Galesburg. They lived there until Hartman retired from the County Commissioner’s Board and moved to Fargo, in 1996, where she lived until now. While on the farm they were blessed with five children in 8 years so she was a busy mother. As her children grew older, Madelyn began working outside the home, as well, since all five went on to attend college. First she managed, cooked and served at the West Traill Cafe in Galesburg. Later she took an office job in the Hunter Elevator. When they moved to Fargo, Madelyn worked as a breakfast hostess at a couple hotels nearby. Both her and Hartman enjoyed meeting all the people there.

Madelyn was a lifelong member of the Elm River Lutheran Church in Galesburg, ND, where she was active in various ways until they moved to Fargo. There she attended both Bethlehem Lutheran Church and Faith of Flame Methodist Church until she went to assisted living. Madelyn was also a member of the Galesburg Legion Auxilliary in support of her husband who served in the Army during WWII.

Hartman and Madelyn enjoyed attending unending events of their grandchildren, traveling to many states on their way. Traveling was a favorite pastime for them both. She loved to bowl, play cards and bingo, and watch endless sports events on television. Sometimes she would watch games on two tv’s and listen to the Redhawks on the radio.

The family would like to thank the staff at St. Catherine’s North in Fargo for the kind and excellent care given to our Mother.