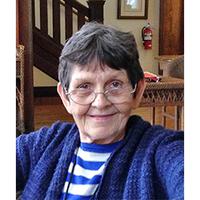 On Sunday, November 25, 2018, Marion Christine Miklethun Holtey, loyal wife, loving mother, joyful granny, grateful sister, caring aunt, and devoted friend passed away at age 83 in Moorhead, Minnesota, under the care of Hospice of the Red River Valley. Marion was born November 5, 1935, to Lawrence Miklethun and Agnes Hoitomt Miklethun in Minneapolis, Minnesota. Marion attended Minneapolis Public Schools, graduating from Washburn High School in 1953. As a girl, she rode the streetcar to piano lessons, attended Luther League at Our Savior's Lutheran Church, read stacks of books, and loved laughing and playing with her many friends and beloved brothers, Ray and John. She once described her younger self as a "goody two-shoes", but she thoroughly relished finding fun, and she had a knack for making life's most mundane moments into delightful stories. On June 25, 1960, she married the love of her life, John R. Holtey. Over their 53 years of marriage, they enjoyed family, friends, travel, church choir, cards, community service, and lutefisk. They affectionately raised three children: Karin, Thomas, and Daniel. Marion received a B.A. from St. Olaf College, a B.S. from the University of Minnesota, and an M.A. from the University of Nebraska at Omaha. She was a teacher in Denver, Colorado; Austin, Minnesota; Omaha, Nebraska; and Boca Raton, Florida; she was especially devoted to working with people who were learning English as a second language. She eventually retired to the "Timber Tent" cabin she and John had built on Boulder Lake near Nevis, Minnesota. Marion loved writing and was a proud member of the Jackpine Writers' Bloc and the Twigs. Her prose and poetry have been published in a variety of newspapers, magazines, and anthologies. In Seasons of Light, a collection of her poetry, she uses love and humor to describe the struggles and wonders of life with inspiration coming from family, nature, friends, and sometimes, total strangers. Marion was preceded in death by her parents, husband, John, and brother, John. She is survived by her three children, Karin (Ron) Spear of Chantilly, VA, Tom (Mary) Holtey of Fargo, ND, and Dan (Anne Tofteland) Holtey of Edina, MN; grandchildren, Bryan (Audie) Spear, Devin Spear, Erik Spear, David and Sarah Holtey, and Bjorn and Sonja Holtey, as well as her brother, Ray Miklethun, two wonderful sisters-in-law, Betsey and Kathy Miklethun, all of their dear families, and many cousins and extended family. A memorial service celebrating Marion's life will be held on July 27, 2019, at 11 a.m., Calvary Lutheran Church in Park Rapids, Minnesota.