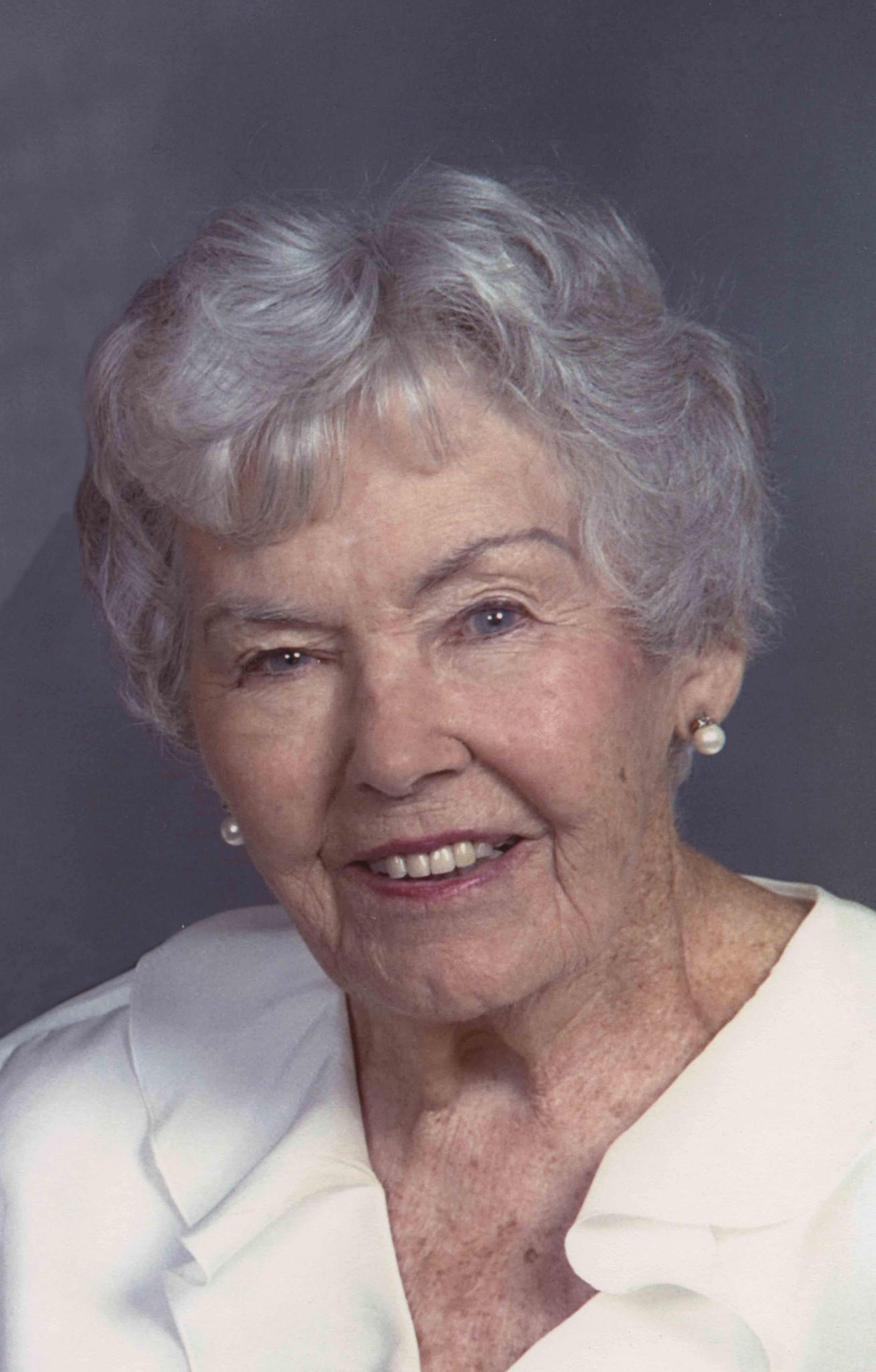 Marjorie Joanne Hartnett Gaffaney, known as Margie, died on September 24, 2015. She was born on September 15, 1919 to Jeremiah J. and Mary Agnes (Kivlehan) Hartnett of     Newton, MA. Of their nine children, she was next to the youngest. Overcoming many obstacles in her life, Margie had ninety-six years of amazing achievements. At the age of four she contracted polio and required therapy and use of an arm brace for a period of time. The loss of her mother when she was eight left her under the care of her older siblings and their devoted father. Margie often recalled working in the family spice garden and being paid for picking insects off the potatoes. Unfortunately, at age twelve, she contracted typhoid fever and was hospitalized for many months. The care of the hospital staff reinforced her desire to become a nurse and her first airplane ride at age 15 convinced her she also wanted to become a stewardess. She completed her schooling in Newton and graduated from Newton-Wellesley, where she worked as a nurse for a short time. American Airlines hired 21 year old Marjorie, their first hire from New England, in 1941 after she became a registered nurse, a requirement for all flight attendants at that time. She worked primarily out of Dallas, Texas and visited more than two dozen   countries during her 12 year career as a flight attendant, (When on flying layovers, she also worked as an R.N. at many major hospitals, such as Boston Children’s and Mount Sinai Hospital in NYC). Margie visited more than two dozen countries during her 12 year career as a flight attendant. During WW II and the Korean War, Margie worked on troop planes carrying wounded soldiers back home, and recalls a physician flying to attend to General George S. Patton. Margie retired from her stewardess career in 1953 after a particularly adventurous flight from Tokyo with U.S. soldiers. She then married Bill Ford, with whom she shared many         adventures, including circumnavigating the globe twice – which brought them to Vietnam just prior to the war. On this continent, Margie and Bill travelled extensively and lived winters in   Mexico and retirement in Escondido. After Bill’s death in 1991, Margie moved to Sun Lakes, AZ where she met and married Paul W. Gaffaney on August 25, 1992. (Paul was originally from Fargo and Williston, ND,   having co-owned and operated Gaffaney’s Office Supplies, Inc., of ND. Paul had been widowed in 1988 from his first wife, May Gaffaney). Margie and Paul continued their lives together in Sun Lakes, enjoying many activities with their mutual friends and relatives. After Paul’s death in 2006, Margie moved to Fargo in 2010 to be close to her step-daughter and family, Michele and Vance Vannote – living until near the time of her death at Riverview Place. Margie was   particularly fond of her life-time membership in Kiwi International (an altruistic group of retired stewardesses), as well as her life-time enjoyment of bridge and golf: all over the world. Margie is survived by her sister, Dorothy Ann Hartnett Hastings of Silver Springs, Maryland; step-daughters Michele (Vance) Vannote of West Fargo and Joan (J.D.) Williams of   Philipsburg, MT; step-grandsons, Guy Vannote (Fargo), Matthew Gaffaney- and his mother,   Christine Gaffaney (San Diego), and step-granddaughter, Jennifer Williams (Philipsburg, MT); and step-great grandson, Joshua Vannote (Fargo); as well as many beloved nieces and     nephews. She was preceded in death by her parents, Jeremiah and Mary Agnes Hartnett; four   sisters (Mary Madeline, Kathryn Pauline, Agnes, and Helen Hartnett) and three brothers (Jerome, Joseph, and Eugene Hartnett) and by stepson, Captain John P. Gaffaney (San Diego). Memorials are preferred to Hospice of the Red River Valley (1701 38th Street South, Fargo, ND 58104) or to CHI Riverview Place. Margie’s family would like to thank all the personnel at Riverview Retirement, Villa Maria and Hospice for their many acts of loving care and kindness to Margie. Memorial Mass: 10:30 A.M. Monday, September 28, 2015 at Riverview Place Chapel, Fargo with a prayer visitation from 10:00-10:15 A.M.