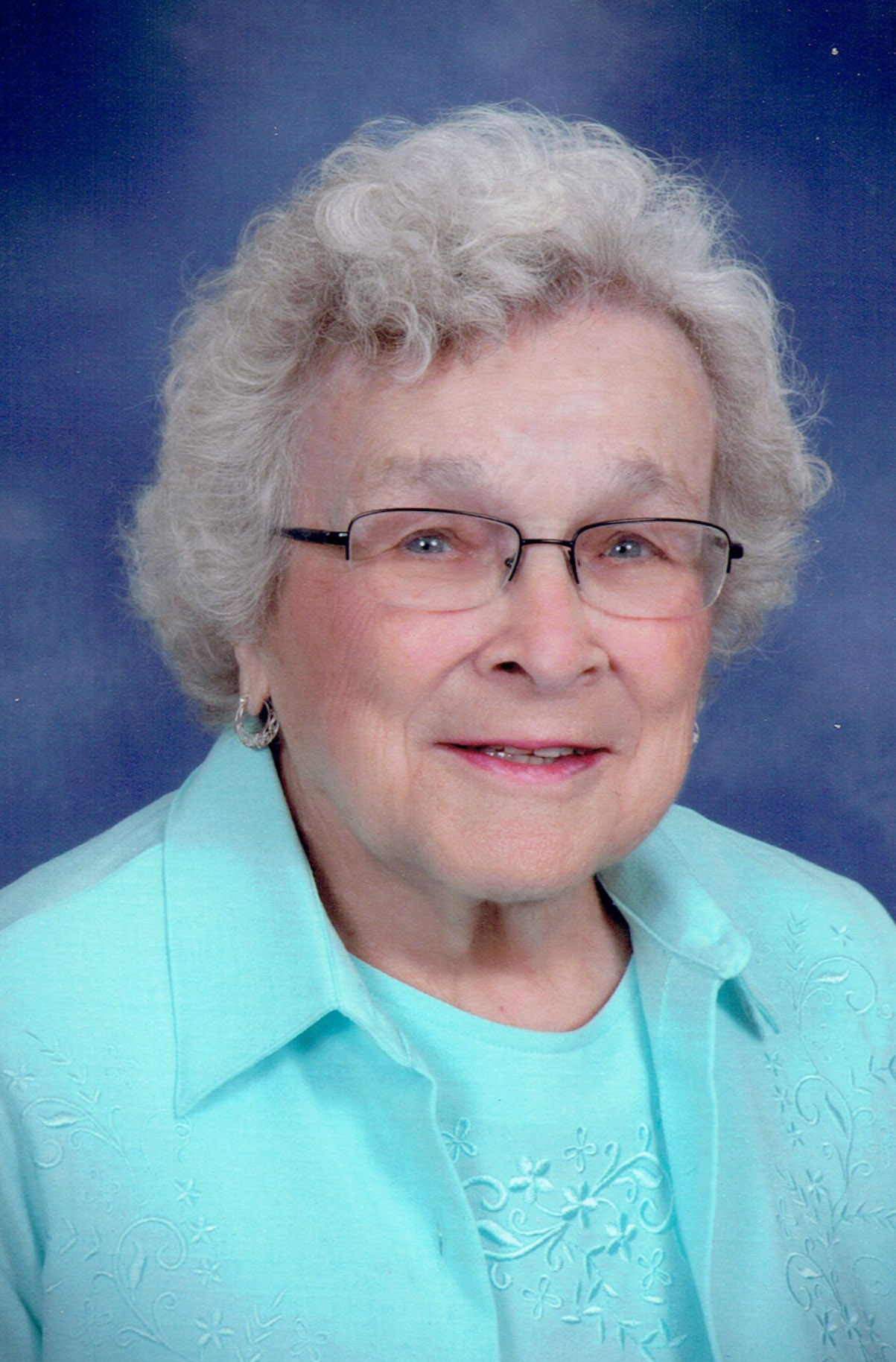 Marjorie Gail Porter Gerlach passed away peacefully on February 22, 2018 at American Village, IN with family by her side. Gail, as she was known, was born on August 24, 1919 to Hubert and Marjorie Porter at St Joseph Hospital, Minot, ND. In 1930 she moved to Fargo ND, graduating from Fargo Central High School in 1937. From there she pursued her nursing education at Northwestern Hospital, Minneapolis, MN and thereafter worked many years at St Ansgar Hospital, Moorhead, MN. Gail married Frank R Gerlach on September 14, 1940 at St Mary’s Cathedral, Fargo and they enjoyed 68 years together until his death in 2008. They had three sons and one daughter. John (Barbara) Tucker, GA, James (Janet) Venice, FL, Thomas (Terry) Melbourne, FL and Susan (Ernest) Kobets Indianapolis, IN. Frank’s career took them to Fargo, Des Moines, and Omaha. Upon retiring, they enjoyed many years in Bonita Springs, FL before settling in Indianapolis. Gail was a hard worker, a devout Catholic, a great cook and an excellent seamstress, sewing many of her family’s clothes in the earlier years. She was known for making her special “Love Candy” that everyone looked forward to receiving. She was an active Charter Member of Holy Spirit Catholic Church and she also worked at Shanley High School. At one time, she managed the ballpark concession stand at the old Barnett Field, home to the former Fargo-Moorhead Twins baseball team. Above all, she cherished her family and especially enjoyed the weekly Sunday get-together at Sue and Ernie’s. Mourning her loss are her four children, their spouses, 15 grandchildren, 29 great-grandchildren and many extended family and friends. She was pre-deceased by her husband, her parents and daughter-in-law, Julie Gerlach. In lieu of flowers, Memorials may be sent to the Presentation Foundation, 1101 32nd Ave S Fargo, ND 58103 or a charity of your choice.” Visitation at Holy Spirit Church, Fargo at 10:00 AM on Friday, March 2, funeral following at 11:00 and burial following at Holy Cross North Cemetery in Fargo.