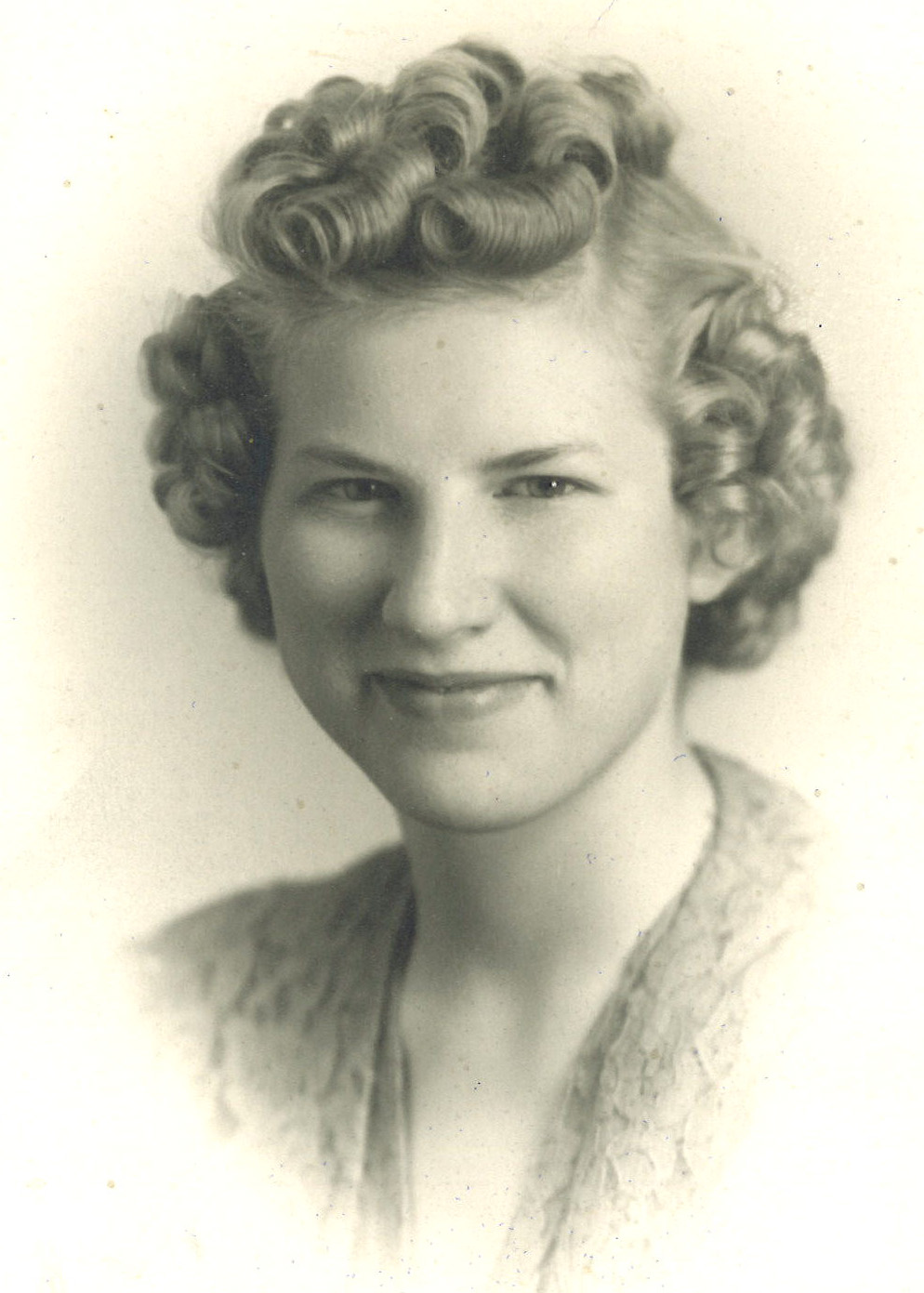 Remembering the Life of Marjorie Rieger Marjorie Rieger, age 98, passed away on May 11, 2020 in Pioneer House, Fargo ND, under the care of Hospice of the Red River Valley and Pioneer House staff. Marjorie was born on November 8, 1921 to Michael and Alpha (Boe) Aune on their home farm near Abercrombie ND. Some of her most vivid memories were of walking across the Wild Rice River to school when it was frozen in the winter or dry in the fall. During the spring floods, her father would take them in a horse drawn wagon. Marjorie’s job was to help her father with unbuckling the horses, and she spent much time taking apart each buckle. She also begged to help milk the cows, and later to her dismay, that became her daily duty. Marjorie always said that she would never marry a farmer! Her boyfriend, Wiley , joked that he felt safe asking her out because of this opinion. Marjorie grew up during the “dirty thirties”, and there was no crop to harvest in the summer of 1936. To support their family, she, her mother and sisters spent the next two years helping to run a restaurant near Duluth, MN. Marjorie spent her junior year in high school in Duluth. She graduated from high school in Christine, ND and studied Home Economics for a year at the State School of Science in Wahpeton ND. She married the love of her life, Wiley Rieger, on September 23, 1941 on the Abercrombie river farm. Together, they established their own farm and raised their family near Walcott, ND until the spring of 1982 when they moved to Horace, ND. In retirement, they both enjoyed golfing and winter trips to Arizona. Wiley died on October 31, 2005 Marjorie was baptized and confirmed at Richland Lutheran Church, Walcott, ND. She was a member of Zion United Methodist Church, Walcott, ND and later became a member of Calvary United Methodist Church in Fargo, ND. She is survived by her children; Bonnie (Dan Nilles) Ackerman, West Fargo, ND, Clayton (Cheryl) Rieger, Walcott, ND, Jan (Sandy) Rieger, Walcott, ND, and Dale (Judy) Rieger, Pequot Lakes, MN. Grandchildren; Kathy (Bill) Habarle, Brainerd, MN, Terry (Landa) Ackerman, Piggot, AR, Chris Rieger, Walcott, ND, Jon (Laura) Rieger, Walcott, ND, Jessie (Faith) Rieger, Walcott, ND, Jennifer (Garett) Mairs, Walcott, ND, Danielle Rieger, Gatineaw, Quebec, Canada, Cassie (Billy) Brynteson, Breezy Point, MN, Corey Mobraten, Breezy Point, MN, and Paige Rieger, Jenkins, MN, 13 Great Grandchildren and 2 Great Great Grandsons. Marjorie was preceded in death by her husband, Wiley, parents, Michael and Alpha, two brothers, Orville and Dean Aune, three sisters, Jane Goughnour, Sarah Hageness, and Nadine (Rieger) Wigtil, a Grandson, Austin Rieger and Great Granddaughter, Paityn Mairs. A family graveside service will be held on Friday, May 15, 2020 at 11 am at Zion United Methodist Cemetery, Walcott, ND. Family request that in lieu of flowers, please make donations to Hospice of the Red River Valley.