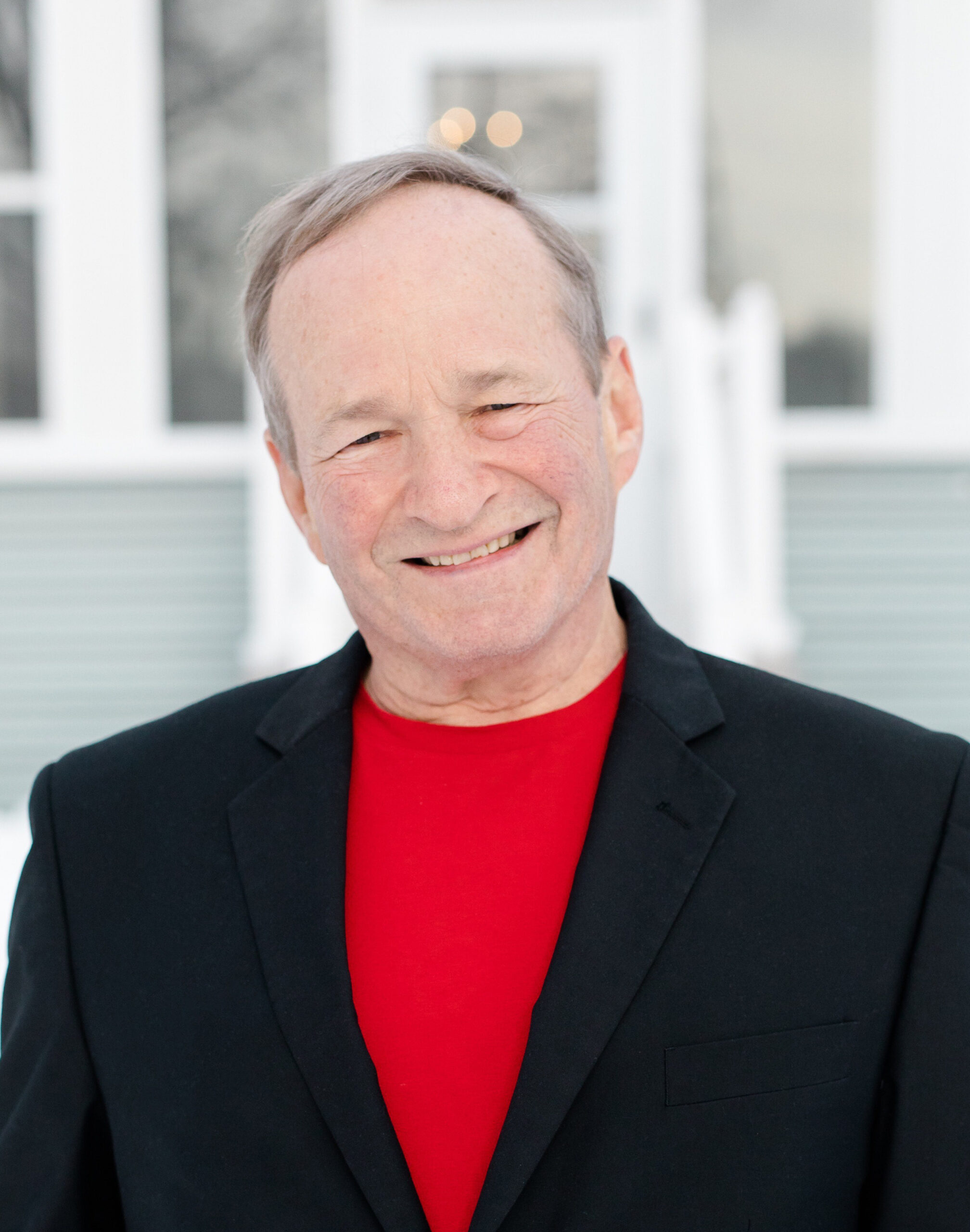 Mark Schneider, a civil rights attorney, local author, and former Democratic-NPL party chair, passed away on Tuesday, November 8, 2022 at his home on Eighth Street in Fargo after a largely successful three-year battle with cancer. He was 74.

Mark was born in Bismarck on September 16, 1948. After the Schneider family moved to Fargo in the 1950s, he attended St. Anthony’s grade school, Agassiz Junior High, and Fargo Central High School where he was an all-conference offensive lineman. Mark earned a football scholarship to the North Dakota State School of Science and was a two-year starter at center for the Wildcats. His Al Bundy-like football stories, and those about his notorious “third date at Science School,” were as hilarious as they were repetitive.

Mark graduated from North Dakota State University in 1970. He then worked at the Fairway Foods warehouse in north Fargo, joining the local Teamsters union. Between his jobs at the warehouse and at his father’s Firestone tire store in downtown Fargo, Mark grew devoted to the concept of an honest day’s wage for an honest day’s work. He carried that commitment to fair treatment of working people with him as he pursued a law degree from the University of North Dakota. It would later become a defining trait of his 40-year legal career.

Mark loved the law, but the love of his life was a fellow member of the bar, Mary Joe (Deutsch) Schneider, who he met on a blind date at NDSU. At the time of their marriage, Mary Joe was a police detective in Lakewood, Colorado and Mark was a clerk at the city attorney’s office. The couple later lived in the Washington, DC area, where Mark worked as an attorney for the U.S. Water Resources Council, before moving to Atlanta, Georgia.

While Mary Joe attended law school at Emory University there, Mark was a regional attorney with the U.S. Commission on Civil Rights. That work had a tremendous impact on advancing civil rights in the South. Mark conducted numerous fact-finding investigations and hearings, including exposing racism and brutality by the police in Jackson, Mississippi that led to a change of city administration. Other misconduct investigations he led resulted in significant reforms in Florida and Tennessee.

Deciding to do justice closer to home, Mark returned to Fargo in 1978 to practice law with his brother, John Schneider. After his younger brother Steve joined the practice in 1981, the law firm was renamed, uniquely enough, Schneider, Schneider & Schneider.

“The firm,” as the brothers simply called it, became known for its tenacious representation of labor, injured workers, the disabled, victims of civil rights violations, and underdogs of every stripe. Mark litigated hundreds of North Dakota workers’ compensation and Social Security disability cases, including numerous appeals in the North Dakota Supreme Court, federal district court in North Dakota and Minnesota, and the Eighth Circuit Court of Appeals. Through his trial and appellate court advocacy, Mark recovered millions of dollars for people who were wrongly denied benefits and, in many cases, would not otherwise have been able to hire an attorney. To the next generation of Schneider lawyers at “the firm,” his nephew Jasper and son Mac, he was a confidence-inspiring mentor and absolute force to watch and learn from in court.

In 2003, the Fargo Human Relations Commission awarded Mark its human rights award in recognition of his lifetime of service to others. As the Commission noted at the time, “Mark’s work in his personal and professional life reminds us that a commitment to human rights can be and is a permanent part of everyday life.”

Given his dedication to fairness and utter disregard for long odds, it is perhaps unsurprising that Mark was a proud North Dakota Democrat. As Democratic-NPL chairman, he was instrumental in advancing “New Generation North Dakota,” a group of young leaders whose members continue to be involved in public service throughout the state and across the country. Mark never sought election himself, instead supporting many family members and friends as candidates for local, legislative, and statewide office. By passing away on Election Day 2022, thereby ensuring his absentee ballot would be lawfully counted, Mark gave new meaning to the phrase “die-hard Democrat.”

Mark took his political and legal work seriously, but he was always up for serious fun. Whether it was foosball at the lake cabin with the Schneider cousins, a mid-week sauna and Twins game with his brothers, or “one” in the pub with whoever would join him, he was the instigator and sustainer of countless good times.

He sang constantly – around the beach fire, around the house, and around the world. Mark loved international travel, visiting nearly 75 countries. He and Mary Joe trained in Salzburg, Austria to teach American law in eastern Europe, after which they team-taught as visiting professors at Lazarski School of Commerce and Law in Warsaw, Poland. Mark also joined Mary Joe on American Bar Association International Legal Exchanges to Rwanda, Tanzania, and Northern Ireland, visiting The African Court of Justice and Human Rights and participating in post-conflict justice meetings at the Stormont in Belfast. The ABA trips also provided Mark with opportunities to eat his favorite food: The kind paid for by someone else.

After Mark retired from his law practice, he wrote a novel, She Has the Right of It: An Irish-American Story, which wove together the themes of growing up Irish Catholic in Fargo with the history of Ireland’s war of Independence and subsequent civil war, emphasizing the often-overlooked roles played by Irish women in the conflicts.

She Has the Right of It was heavily influenced by over two dozen visits to Ireland. Mark deeply loved Ireland’s history, people, and pubs, leading his brother to conclude that he “got all the Irish in the family.” Having visited all 26 counties in the Republic and six in Northern Ireland, Mark’s adventures were like those of an Irish Forrest Gump: Drinks with Nobel Laureate John Hume, an improbable meeting with Irish President Michael Higgins, and a private lunch with Irish Senate leader Mark Daly are just a few of the chance encounters he and Mary Joe had back on “the old sod.”

More than anything else, Mark was a family man. He adored his children, McLain (Mac) and Liberty (Libby), often to the point of excessive bragging. He was thrilled when they brought his daughter in law, Crystal, and son in law, Tom Bryant, into the Schneider family. His grandchildren, Merritt (10) and Cameron (6), were his adoring little companions at Lake Eunice, on Waikiki beach, and during a Disney cruise last Halloween. They will never forget him.

Mark was an inseparable part of a tight-knit group, “Bus and Mary Schneider’s kids” and their talented spouses: The late Richard Schneider, Joe Schneider and his wife Marcie Dianda, Dorothy Schneider, the late John Schneider and his wife Lois, and Steve Schneider and his wife Donna. Living within walking distance of John and Steve in the “Schneider triangle” in Fargo and sharing a cabin on Lake Eunice brought the brothers even closer and made Joe, Jasper, Rocky, Mac, and Libby as close as siblings themselves. He loved gatherings at the lake with all of his brothers and his sister, their kids, and their kids’ kids, as there were few things he enjoyed more than beating his child-age relatives in comically-competitive lawn games.

Mark lived a lifetime surrounded by friends and family, prominently including Barney and Brenda Ruehl, who were both. Mark was grateful for his adventures with his fellow “Science School” football alum and thankful for Barney and Brenda’s ever-present support and friendship.

On the wall in Mark’s pub at his home in Fargo is his favorite W.B. Yeats quote, “Being Irish, he had an abiding sense of tragedy, which sustained him through temporary periods of joy.” Even though the road has risen to meet him, the joy Mark brought his friends and family will be as evergreen as the land he loved.

Friends, neighbors, and colleagues are invited to join the Schneider family for food and drinks at an Irish wake celebrating Mark’s life from 5:00 – 7:00 p.m., Friday, November 18th at the Sanctuary Events Center, 670 4th Avenue North, Fargo. In lieu of flowers, please consider donating to Churches United for the Homeless, YWCA Cass Clay, or helping someone in need.